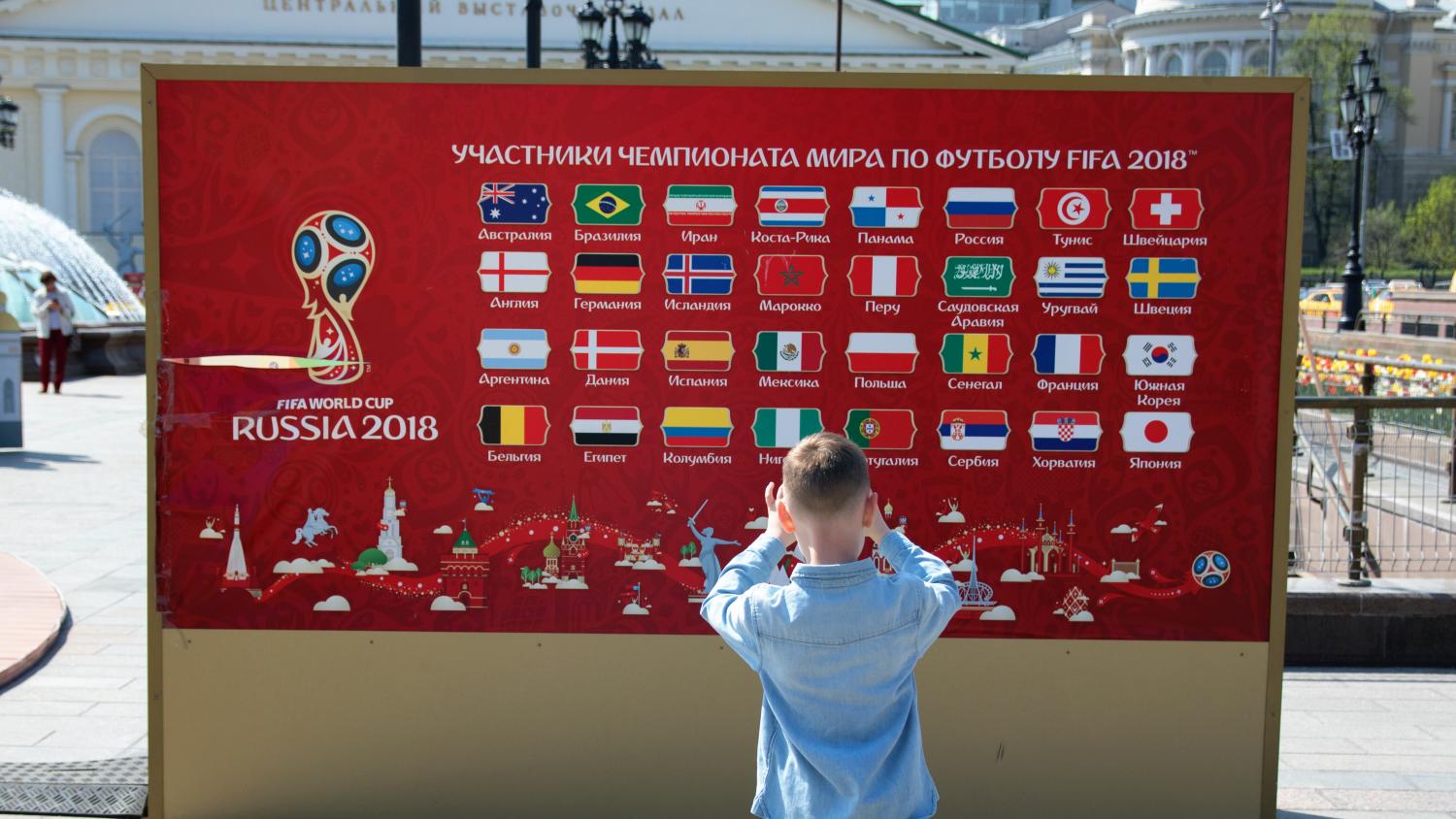 Upsets happen in every tournament, so we’re here to go out on a limb and tell you when to expect them this summer.
Shutterstock.com

Every four years the World Cup crowns a new champion. But the tournament itself isn’t just about who is left standing at the end; it’s about the fans, the historic meetings of rivals, the David vs. Goliath matchups, the World Cup upsets.

While the globe gathers every four years to see who the winner is, one of the best parts of any tournament is the upset — the unexpected favorite falling to an unlikely underdog. World Cup upsets are no different.

For the most part, all World Cup champions are deserving — but they’re not always the most deserving. At almost every tournament, World Cup upsets shake things up, allowing some less-than-deserving teams to claim the title.

We’ve seen a number of thrilling World Cup upsets over the decades, some of the best including:

But what about the 2018 World Cup? We’ve consulted with our local fortune teller to predict 10 World Cup upsets for each group and two in the Round of 16. We’ve included an “upset index” to show the level of upset based on the difference in current FIFA World Ranking.

Predicting upsets past the Round of 16 is a bit of a useless endeavor as so many factors go into play as to who will play whom, so we’ll leave it at 10 fearless World Cup upset predictions.

Group A — Russia over Uruguay

Group A is fairly wide open but Uruguay is a clear favorite. La Celeste might clinch advancement to the next round by the third group-stage match, but it’s unlikely they’ll want to lay down against the host as they’ll want to win the group to avoid a potential meeting with Spain in the Round of 16.

That said, Russia will be fighting for its life in front of a home crowd (and president) encouraging the team throughout the tournament. Russia doesn’t want the embarrassment of being the second host nation (after South Africa 2010) to fail to advance through the group stage.

With an experienced defense that won’t be scared of Luis Suarez and Edinson Cavani, Russia could eke out a 1-0 win to move on to the next round.

Group B — Morocco over Spain

Morocco has more talent than many might realize, led by Juventus defender and Atlas Lions captain Medhi Benatia. Five players on the preliminary 26-man World Cup roster play in the nearby LaLiga, including Real Madrid defender Achraf Hakimi. All but four players ply their trade in Europe. (Compare that to the U.S.)

Spain meanwhile will likely have clinched qualification by this point. We already predicted Spain would beat Portugal in the biggest fixture in Group B and we’d be shocked if Spain didn’t beat Iran in its second match. So La Furia Roja might not have much to play for while Morocco will be fighting for its life, or at least some bragging rights in the final group match.

While some might question why Peru is ranked as highly as 11, Australia is rightly ranked at 40. Both teams face France and Denmark in their first two matches and barring an upset there, both these teams will be fighting just to not go home winless.

Peru will be without its leading scorer and captain Paolo Guerrero and the country’s shaman may run out of magic by this point in the tournament. The Socceroos, meanwhile, will be desperate to avoid going two straight World Cups without a win, their last victory a 2-1 defeat of Serbia in 2010.

This one might not actually be much of an upset. Nigeria beat Argentina 4-2 in a friendly in November.

Argentina’s loss to Nigeria came without Lionel Messi, but the defense remains a question mark as it gave up four unanswered goals. Javier Mascherano in particular was torched by an Iwobi nutmeg in that match.

While Argentina is the clear favorite in the group, there are no easy matches and it wouldn’t be surprising if La Albiceleste need a result from the final group-stage match. That might be hard to come by against Nigeria.

No one really believes Switzerland is the sixth-best team in the world, despite the ranking, so this upset is much higher than the index would suggest. That said, it’s quite likely, thanks in part to a defense that allowed seven goals in 12 World Cup qualifying matches.

You don’t have to go back far to find Switzerland knocking off a World Cup favorite in an opening match. In 2010, the Swiss beat Spain 1-0 before La Furia Roja went on its incredible run to their first world title.

Brazil will have to deal with a tentative Neymar, who will still be regaining full fitness after missing most of 2018 with injury. Plus, the last time the Seleção took the pitch for a World Cup match they lost 7-1. Might that still be on their minds as Switzerland pulls off the first of many World Cup upsets this summer?

Mexico has a massive first match against Germany, a team it lost to 4-1 in the Confederations Cup last summer. It’s not inconceivable El Tri puts all its focus on Germany and has a lapse of concentration against South Korea, which many will view as the weak link in the group.

South Korea meanwhile is no slouch, featuring Tottenham’s Son Heung-min, Swansea City’s Ki Sung-yueng and Crystal Palace’s Lee Chung-yong. The Taeguk Warriors are no stranger to World Cup upsets, having knocked off Italy on the way to the semifinals as host in 2002. Mexico could be the country’s next victim.

Depending on your view, England is either primed for another disappointment or for a spectrum-shifting run through the 2018 World Cup. The Three Lions have more youth than usual; budding stars like Harry Kane, Dele Alli, Marcus Rashford and Raheem Sterling are young enough to forget the disaster of the last two World Cup campaigns.

But Panama is a tough nut to crack and has loads of experience. Six players on the preliminary 35-man World Cup roster have more than 100 caps (England has none in its 23-man squad). Plus, the team helped keep the U.S. out of the World Cup, a feat not accomplished since 1986.

Because few of Panama’s players will be recognized by England’s players, it’s easy to see the Three Lions overlooking Los Canaleros in the second group match ahead of a huge showdown with Belgium four days later. But the most likely outcome in this match is a 0-0 draw.

Colombia will enter the World Cup on a mission to avenge the contentious defeat to Brazil in the 2014 quarterfinals. With James Rodriguez and Juan Cuadrado supplying Radamel Falcao, this team has more firepower than anyone in Group H.

But Japan will remember its 4-1 loss to Colombia in 2014, with Los Cafeteros scoring two late goals to sink the Samurai Blue’s chances of advancing. Opening against the same team it finished the last campaign with will give Japan plenty of motivation and the likes of Pachuca’s Keisuka Honda, Eintracht Frankfurt’s Makoto Hasebe and Galatasaray’s Yūto Nagatomo won’t be cowed by anyone on Colombia’s team.

And if you like patterns, this World Cup upset is for you: Since 1998, Japan has oscillated between going out in the group stage and advancing to the Round of 16. And each year it advanced to the Round of 16, it won two group-stage matches, including a big result in the opener. In 2002 Japan drew group favorite Belgium 2-2; in 2010 it was a 1-0 win over Cameroon.

Round of 16 — Egypt over Portugal

We’d love to see two of the world’s best goal scorers going at it in the Round of 16 and if Egypt can somehow win its group, it just might happen.

Cristiano Ronaldo will be hoping to guide Portugal on another magical run after they won the Euros in 2016. But Portugal was admittedly lucky to make it that far after drawing all three of its group-stage matches.

Mohamed Salah set Europe on fire this past season, scoring 32 Premier League goals. The question will be if he can replicate that form with the Pharaohs this summer. He’s scored 33 goals in 57 caps already for his nation, so we don’t see why not.

Round of 16 — Croatia over France

If you like midfield battles, our final prediction in our World Cup upsets is for you.

Croatia features one of the most underrated midfields in the entire tournament with Ivan Rakitić of Barcelona and Real Madrid’s Luka Modrić and Mateo Kovačić.

While Pogba and Kanté are great, we give Rakitić and Modrić the edge and predict an early exit for France — assuming Croatia can escape the tricky Group D.