Our Advice? Listen To Vladimir Putin

Travis Yoesting June 16, 2017
The Russian president told the national team to try harder ahead of Confederations Cup and World Cup.

When it comes to world politics, Vladimir Putin may be the most powerful man in the world.

When it comes to sports, he’s more on par with Kim Jong Il — a well-known fan, but not exactly an authority on the games.

Putin’s exploits in hockey are well known. He scores at least five goals per game when he makes it on the rink, but then again who would want to forecheck a man who allegedly signed off on the bombing of his own people?

Putin also dabbles in skiing, judo and, of course, the glorious sport of shirtless horseback riding. 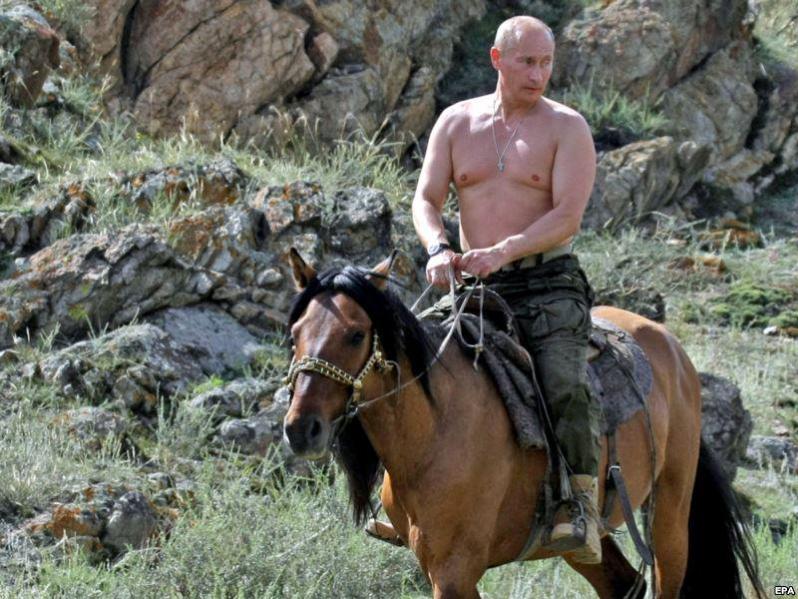 With Russia set to host the Confederations Cup starting this weekend and the World Cup next year, he’ll be asked often to comment on the beautiful game in the coming year.

Two days before Russia hosts New Zealand in the opening match of the Confed Cup, Putin gave his take on the Russian national team.

“Fans and those who love Russian football expect better results from our national team,” the calculating leader said.

Putin’s remarks are in line with statements he made in November, two days after Russia lost a friendly to soccer juggernaut Qatar.

“To be honest, we haven’t seen beautiful play from the national team for a long time,” Putin said.

For a nation of 144 million, Russia does not have much recent footballing success.

As the Soviet Union (if Putin had his way, the USSR would be hosting next summer’s World Cup, not Russia), the Red Army took fourth in the 1966 World Cup, won the 1960 Euros and claimed two Olympic gold medals.

Since the 1990s, as Russia, they’ve qualified for three World Cups (four if you include next year), having never made it out of the group stage, though they did reach the semifinals at the 2008 Euros.

At the Confederations Cup and World Cup, Putin made it clear the Russian players better try real damn hard.

“We’ll hope that the guys play with full commitment, like real warriors and athletes, to at least please the fans with their effort to win,” Putin said. 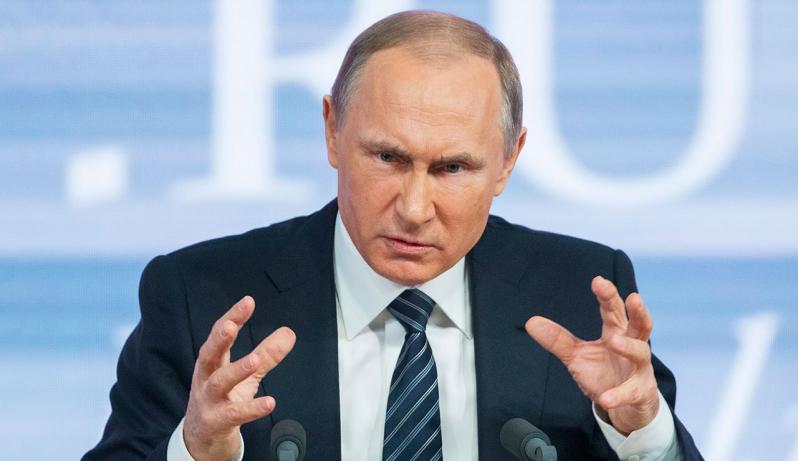 "I once wrestled an alligator with teeth this big." Photo: @Sportsnet | Twitter

Putin’s words are at least realistic in his goals for Russia, which has won three of its last 15. Unlike some world leaders, he apparently listens to advisors.

The Russian president reportedly asked “world-class” specialists about Russia’s chances on the pitch and repeated their claims that poor youth coaching and too many foreign players in the Russian Premier League are to blame for the country’s lackluster squad.

(What is it with blaming foreigners for your own problems? The next time someone comes over and complains I don’t have enough beer in the fridge, I’m going to blame it on my next-door neighbors.)

Russia has a tough task ahead with the upcoming tournaments, on and off the pitch.

Putin has drawn ire from human rights groups for his strong security measures, many of which haven’t even been proven to work.

In a May 17 match between Spartak Moscow and Terek Grozny used as a test run of the security measures, Spartak fans still managed to smuggle in dozens of flares and fireworks.

But one thing’s for sure.

If coach Stanislav Cherchesov and the rest of the Russian national team want to avoid exile to Siberia, they better win some games.