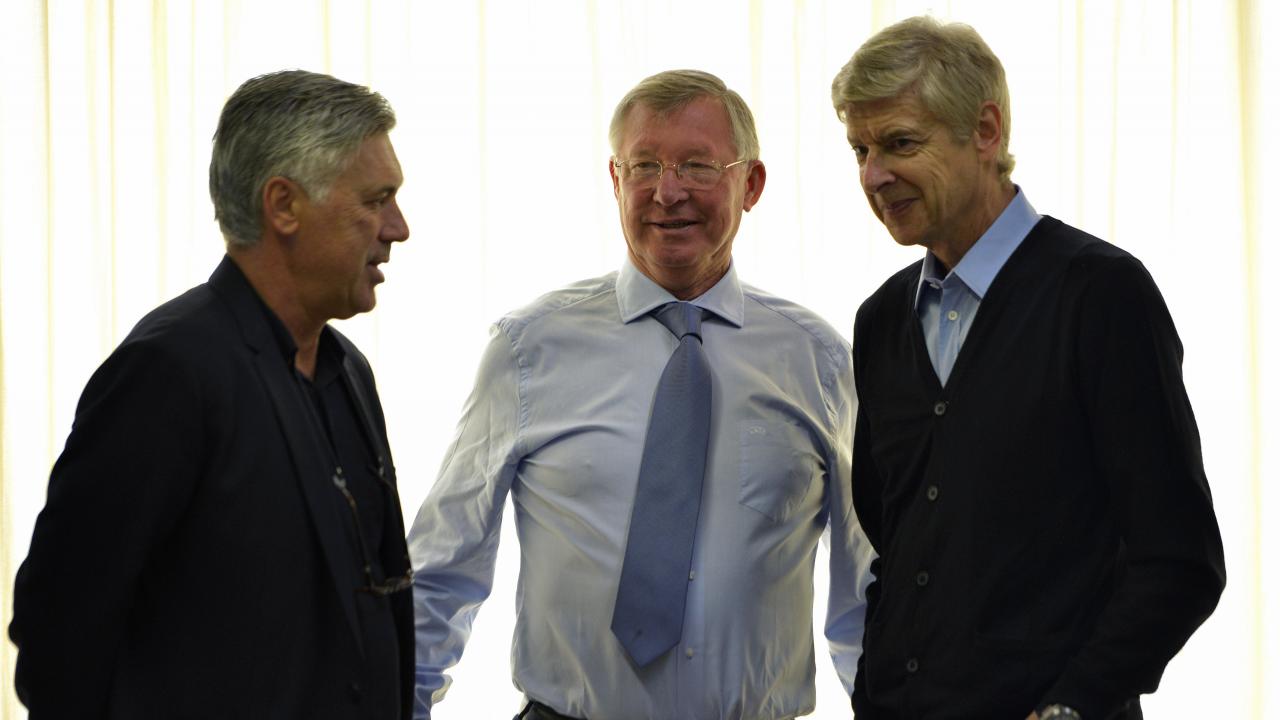 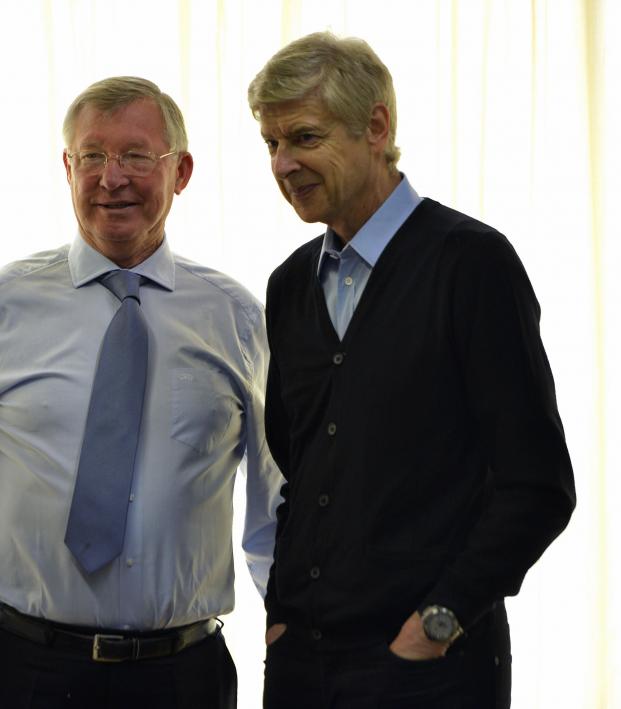 18 MasterClasses We Want To Take From Footballers

Despite the fact most everyone in the world has played soccer at some point in their lives, professional footballers — players and managers — possess knowledge far beyond that of the average Sunday leaguer. So it makes to take a football MasterClass from one of these experts, giants of their field.

We’ve put together a list of the 18 football MasterClass courses we want to see from famous soccer players and coaches.

Everyone wants to have abs like Cristiano Ronaldo. I mean, have you seen him in underwear? A Football MasterClass from CR7 will be the perfect way to blast away that stubborn belly fat and form a gorgeous core that would be the envy of all.

Of course, it’s unlikely you’d actually be able to follow through on the classwork, which would probably include absurd numbers of sit-ups that nobody but a professional athlete would have time to complete. But it’s not like people who take MasterClasses actually follow through and become professional chess players.

Has there ever been a coach better at molding a group of stars into a powerhouse football team than Jose Mourinho? His ability to win remarkably before everything implodes is uncanny. Sure, he’s usually the reason everything implodes, but for at least one season he somehow gets the best out of his players like no one else can.

At times the most creative, artful and effective passer in the game, at others the most invisible, Mesut Ozil will teach you how to play for 90 minutes without anyone ever realizing you were there.

Whether it’s Subway sandwiches, Volkswagen vehicles or whatever the hell Procter & Gamble does, Pelé knows how to make a buck off your own name. Though long retired, Pelé is still raking in the big bucks off his brand, with an estimated net worth of more than $100 million.

One of the secrets Pelé will teach is devotion to the brand you represent. In 1976 Pelé went to Lagos, Nigeria, on a Pepsi-sponsored trip, only to get stuck in a hotel during a Nigerian coup. Fortunately, we still got this commercial from the footballer.

Sergio Ramos Teaches The Art Of The Red Card

No one gets booked more than Sergio Ramos. To the Spanish center back, it’s more of an art form than a punishment.

This Football MasterClass will teach us all how to become better at picking up unnecessary bookings. As an added bonus, learn the art of screaming at opponents to get up off the floor after knocking the shit out of them.

Sure he can strike a soccer ball as well as anyone and run like the wind, but we really want to learn the finer points of golf from the Welsh winger.

Zlatan Ibrahimovic is so much better at everything than everyone else, it’s astonishing how humble the Swede is. While he might occasionally show a bit of hubris, he is impressively modest for how much ass he kicks on and off the pitch.

Take Zlatan’s MasterClass to learn how to subtly hide your arrogance while surrounded by minnows.

Diego Maradona is one of the finest footballers to ever grace the planet. His otherworldly skills on the ball are only matched by his insatiable appetite for harmful products off it. Only a man like Maradona could teach you how to be addicted to drugs and alcohol while still being one of the best players in the world.

Harry Kane does not actually dive. He would never do such a thing. But if he did, he would be amazing at it. And who better to teach a class on diving than someone who is so good at not diving he’s never going to admit to it, which is the first rule of diving?

Megan Rapinoe won the Golden Boot and Golden Ball at the 2019 Women’s World Cup, at yet, despite delivering her country a fourth world championship, she’s got haters everywhere she goes.

Fortunately, Rapinoe is pretty good at shrugging off those who think she should shut up and dribble and not fight for human rights. Take this football MasterClass to learn the art of blocking people on social media and not giving any fucks when anyone — including the president — tries to put you down.

Neymar Teaches How To Take PTO

It happens every year. Neymar needs some time off for his sister’s birthday and suddenly he’s injured.

Neymar’s devotion to ignoring social norms to take PTO whenever he wants to is admirable. Now he’ll teach you how to take time off right before a big project is due, forcing others to pick up your slack (or more likely just fail miserably at finishing the task).

There is no more overrated quality in sports than loyalty, but Lionel Messi’s got more of it than anyone, so maybe there’s something we can learn from him.

Whether it’s loyalty to his first girlfriend and now wife Antonella or to Barcelona, the only club he’s ever known, Messi picks something and sticks to it. He’s not like one of those mercenaries who moves around from the Premier League to LaLiga to Serie A in the pursuit of something fleeting like on-field success.

Alex Morgan Teaches The Art Of The Celebration

There might be more creative, athletic or sexy celebrations out there, but none are more artful than Alex Morgan’s. Whether it’s a tasteful tea sip or flapping her arms like a baby bird, Morgan has the experience (more than 100 international goals) to teach you what you need to know when celebrating a goal.

Best of all, Morgan knows how to come up with an excuse to claim that your celebration wasn’t actually culturally insensitive to people who should really know better.

Jurgen Klopp Teaches The Art Of The Hangover

Jurgen Klopp is quite animated on the pitch, but off the pitch he’s even wilder.

Based on his escapades following the 2011 Bundesliga like with Borussia Dortmund, this man knows how to party. He also knows how not to deal with a hangover. Do yourself a favor and take this class so you learn what not to do when celebrating a big win.

Michael Bradley Teaches How To Be Best

Michael Bradley is the greatest player to ever wear a U.S. Soccer uniform. This cannot be debated, because he’s teaching this class on how to be the best. So clearly all the USMNT fans who hate him are wrong and no one can question his brilliance on the pitch.

Sometimes, David de Gea is the greatest goalkeeper in the world. Other days your five-week-old puppy could do better.

No goalkeeper is better at making people forget about his miscues than de Gea. One of the keys: play behind a leaky defense that gives you plenty of chances to either make the save of the year or howler of the year.

We don’t really know if Roberto Firmino actually knows anything about being a dentist, but we’re pretty sure he can teach us how to have teeth white enough to blind a racoon in the dark. You’ll want to take this class to ensure that whether or not your teeth are healthy, they’re at least an emergency light source.

Yes, Arsene Wenger has a degree in economics, but he showed a true understanding of fiscal policy while at Arsenal. Not only did Wenger help the club through some lean years of little spending, he also figured out how to stay so long at a club that he went from the most valuable coach in the world to a manager no one wanted to hire after leaving the Gunners.

That’s getting the most out of your worth.