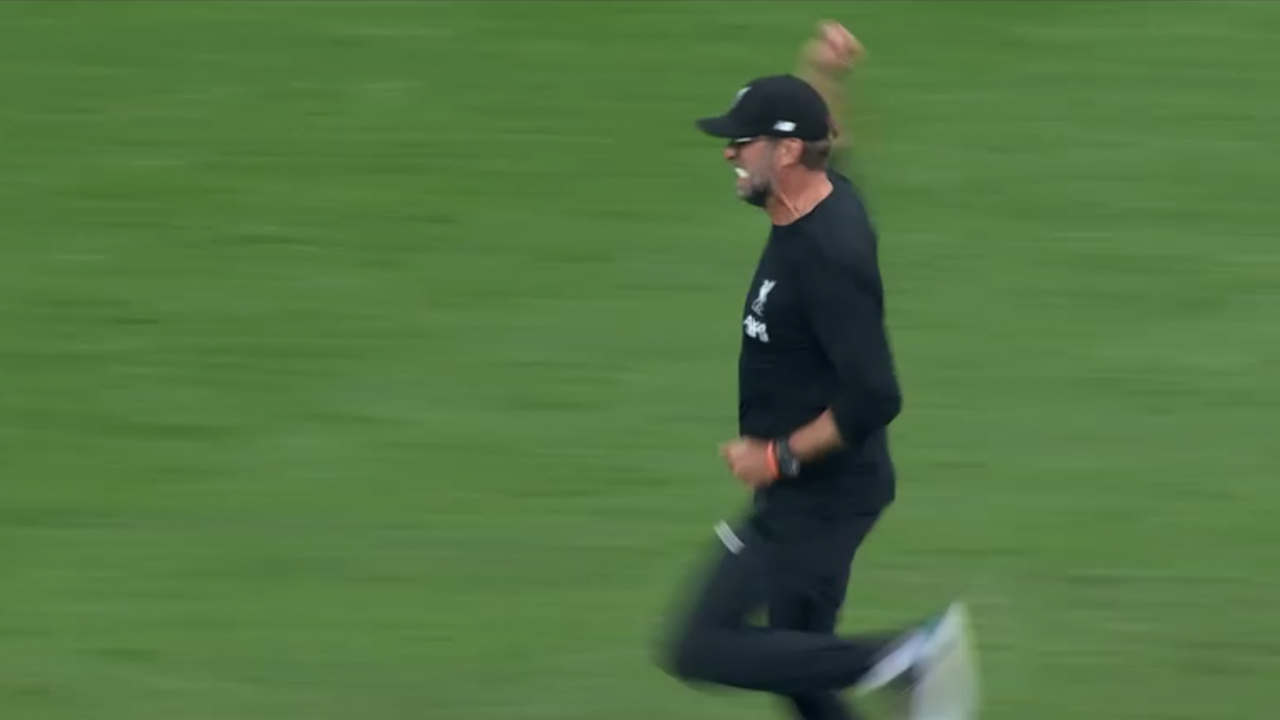 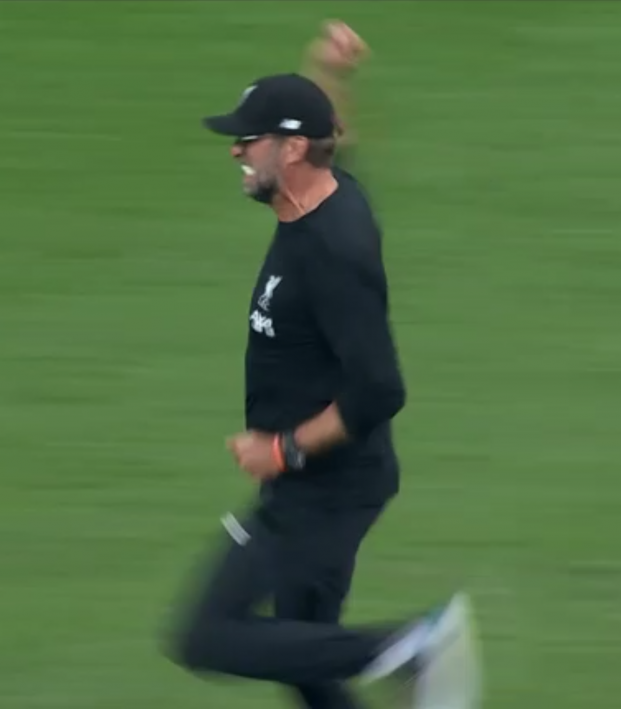 It can be hard to gauge too much from a UEFA Super Cup. Right before the start of the season, clubs have differing views on the importance of a one-off continental cup.

It wasn’t hard to tell how much Jurgen Klopp cared, and his team played like it.

At the risk of turning our site into a Klopp lovefest today, the Liverpool coach’s 60-yard sprint after Adrian made the match-winning save in a shootout was the defining moment of Wednesday’s UEFA Super Cup, as the Reds saw off Chelsea in a match that was about as good as it gets when it comes to preseason cups.

The match was tied 2-2 after 120 minutes before going to penalty kicks. The first nine takers all scored before Tammy Abraham’s attempt was denied by Adrian, which served as a de facto starting gun for Jurgen Klopp running to the 18-yard box to celebrate with his team.

I mean, just look at this man go. He’s 52 and runs faster than Jordan Henderson.

With the win, Liverpool claimed its third UEFA Super Cup title, fourth most all time. It was the first time since 2013 that no Spanish side played in the match, with four of the prior five having been played between two Spanish clubs. This time, it was two English clubs for the first time ever.

The match was a tale of two halves for 90 minutes.

Chelsea dominated in the first half thanks to Christian Pulisic, who grew into the match well and set up Olivier Giroud for the opener.

Pulisic gets the assist with 4 Liverpool defenders on him  pic.twitter.com/f9VANibyF8

Pulisic also had a goal called back for offside before being replaced by Mason Mount in the second half. Read more about Pulisic’s day here.

The second half belonged mostly to Liverpool.

Klopp exchanged Alex Oxlade-Chamberlain and James Milner for Roberto Firmino and Georginio Wijnaldum at halftime and the moves made immediate dividends when Firmino helped set up Sadio Mané for the Reds’ first goal.

Although Chelsea had another goal called back for offside, Liverpool looked the more likely to score a winner in the second half, and the Reds would’ve won it in regulation if not for some heroics from Kepa Arrizabalaga, who fortunately did not have to defy his coach to stay on for the penalty kick shootout this time.

In extra time, Mané gave Liverpool a 2-1 lead off another assist from Firmino. The finish was spectacular.

But Chelsea would equalize through a controversial penalty kick. Abraham went down in the box under questionable contact from Adrian, referee Stephanie Frappart pointed to the spot and VAR upheld the decision. Jorginho finished well from the spot.

But Adrian, only playing because of an injury to Alisson, would have the last laugh.

After Kepa came inches away from making a couple saves in his right corner, Adrian made the only stop of the shootout as Liverpool claimed its first trophy of the season. After losing to Manchester City in the Community Shield on penalties, the Reds were clearly excited.

Really though, this was all just an undercard for the Campeones Cup between Atlanta United and Club América, which I’m sure all of you are pumped up to watch at 8 p.m. ET on Wednesday night on ESPN2.