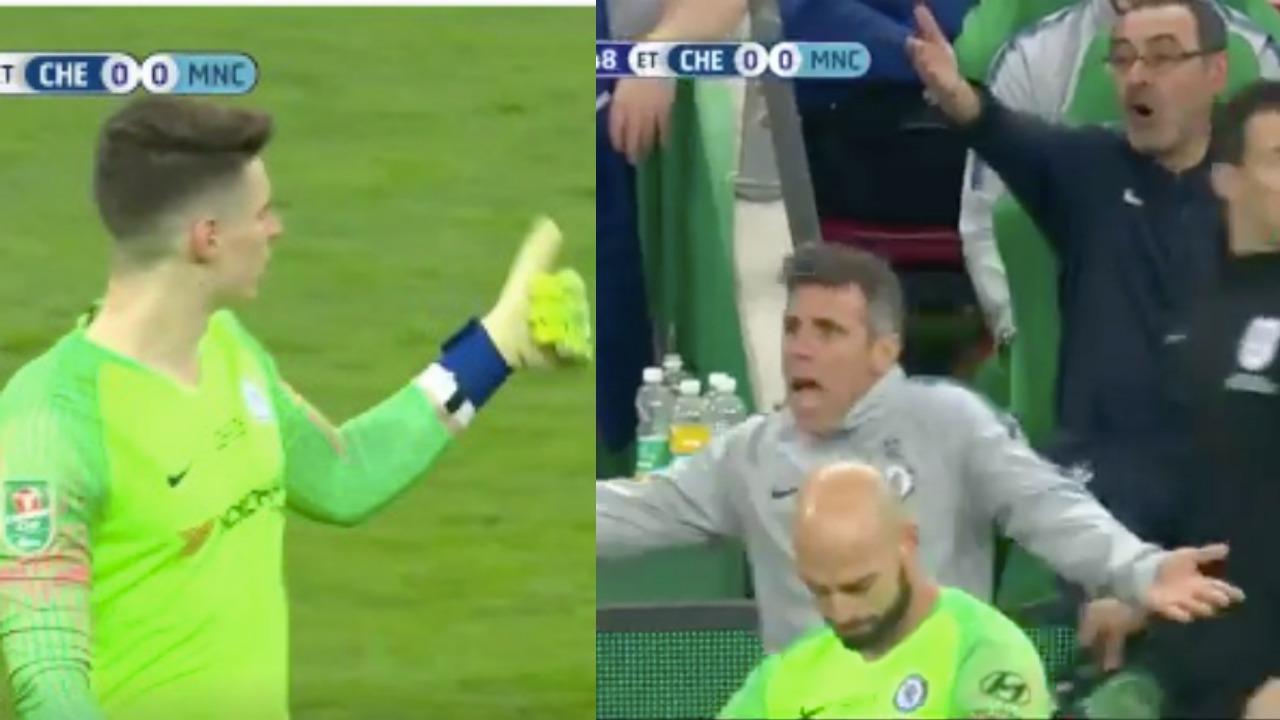 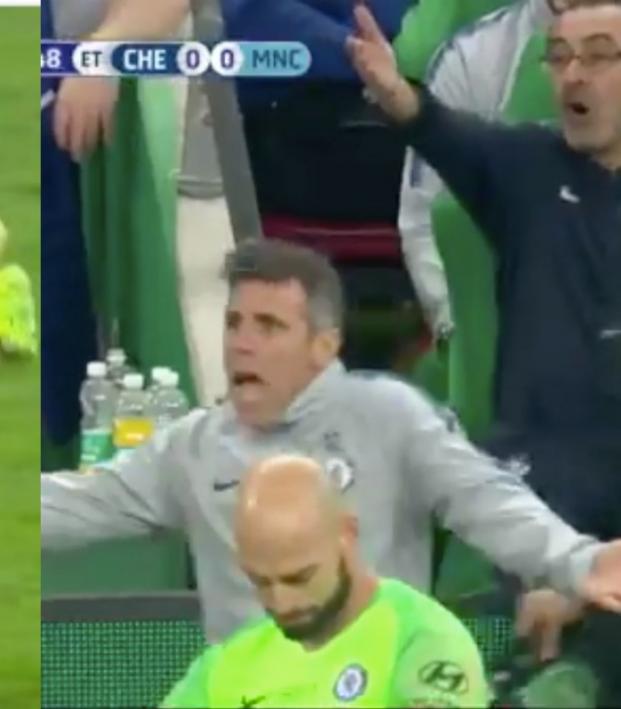 Kepa Refuses To Be Substituted In Incredible Player Mutiny Against Sarri

Connor Fleming February 24, 2019
The goalkeeper refused to come off with the League Cup final destined for penalties.

In prospect, it was a great plan: Get up early, start with Manchester United versus Liverpool in a momentous, top four Premier League clash, and then seamlessly move on to the League Cup final between defending champions Manchester City and crisis-hit Chelsea.

There goes five hours of our day, and we didn’t get a goal to show for it.

That’s not to say it wasn’t entertaining enough. In fact, Man City-Chelsea contained one of the most incredible pieces of sporting drama the Carabao Cup has ever produced: Deep in the second period of extra time, Chelsea goalkeeper Kepa required treatment after saving an effort from Sergio Aguero.

With penalties looming, Maurizio Sarri and his staff made it abundantly clear that they wanted to replace Kepa with backup Willy Caballero. Thus began one of the most awkward, brazenly open moments of mutiny ever seen on a football pitch. Kepa wasn't having it, and Chelsea players didn't seem to mind (David Luiz appeared to support his keeper's actions).

Sarri and his staff were livid. The refs were confused. Kepa simply refused to leave. Worst of all was Caballero (part of that fraternity of goalkeepers) standing by the fourth official with a look of horrified bewilderment on his face.

At one moment, it looked like Sarri was simply going to walk out the doors of Wembley and leave it all behind.

Maurizio Sarri tried to bring on Caballero for Kepa Arrizabalaga, who simply refused to leave the field. pic.twitter.com/PI3E7rWqE0

UNBELIEVABLE: The look on Sarri's face when Kepa Arrizabalaga refused to be substituted pic.twitter.com/d5qeXi3C6P

Eventually, we made our way to penalties with Kepa still in goal. His results in the shootout were mixed. He should’ve saved from Sergio Aguero, but he somehow allowed the Argentine’s shot to squirm between his hands and into the net.

He somewhat made amends by saving from Leroy Sane, but Chelsea would fall 3-4 after both Jorginho and David Luiz missed their efforts.

And before the fiasco, there was so much to like about Chelsea's night. Much like how Man United overcame three first half injuries and defended heroically to take points off Liverpool, Chelsea — who’d been beaten by City 6-0 at the Etihad only 14 days prior — made City fight for every inch at Wembley on Sunday night.

Chelsea defended deep in the first half while packing the middle of the park. The Blues were happy to watch City pass it around the back, and danger men Raheem Sterling and Bernardo Silva were forced near the touchline if they hoped to find possession.

Chelsea’s intent to battle was made evident straight from kickoff, when Jorginho clashed with Aguero.

Fireworks from the start!

Did Jorginho catch Sergio Aguero with an elbow? pic.twitter.com/lrK1p2pF2b

And for all of City’s possession and play in Chelsea’s half, the Blues put together a couple bright moments in the first half to perhaps suggest a more lively match than what United and Liverpool had produced earlier in the day.

Handball or free kick? The referee wasn't interested in either.

10 minutes into the second half, Aguero had the ball in the back of Chelsea’s net, but the linesman immediately had his flag up for offside. The VAR had a look, but the call was shortly confirmed. It was insanely close.

*THAT* close for Aguero! pic.twitter.com/3eNoCnVTvM

But in the 66th minute, Chelsea carved out an opportunity of its own that should’ve generated the game’s first goal. Willian took possession in his own half and immediately released Eden Hazard out wide. Hazard breezed past Vincent Kompany and squared for the onrushing N’Golo Kante.

Kante was unmarked in front of goal, but he couldn’t get any control on his effort and spanked it high. To be fair to the Frenchman, he spent the remainder of the second half winning tackle after tackle.

Everything was finely poised heading to extra time with Chelsea looking more positive, and Sarri brining on Callum Hudson-Odoi, Ruben Loftus-Cheek and Gonzalo Higuain to find what would surely be the match-winner.

However, the best chance of extra time was created by City in the 110th minute. Sterling went on a bursting run towards the goal-line and squared for Aguero to finish, but Cesar Azpilicueta did enough to redirect the effort towards Kepa, and the ball was eventually scrambled clear.

Aguero would again test Kepa after a City counterattack, and that's when Kepa would stay down for treatment, thus beginning the incredible scenes at Wembley.

Sterling would score the winner from the spot for City.

Kepa will receive a lot of criticism for his actions, but Sarri's time in London is obviously up.