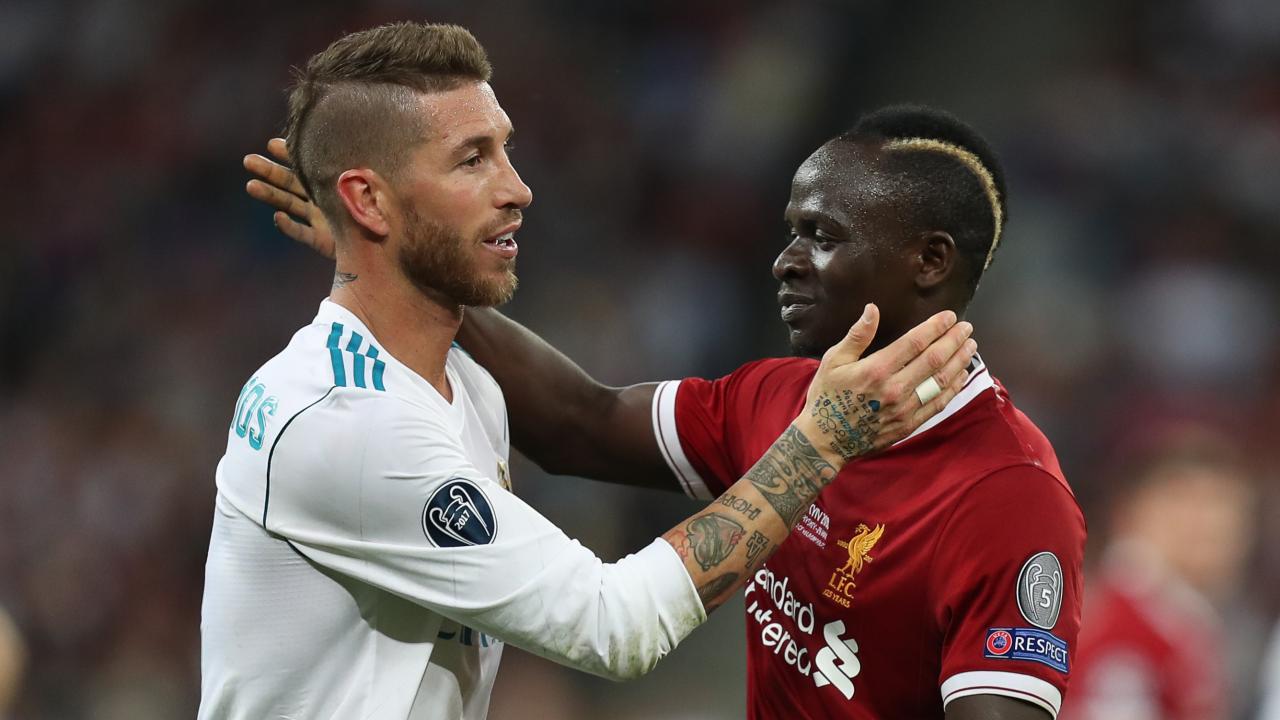 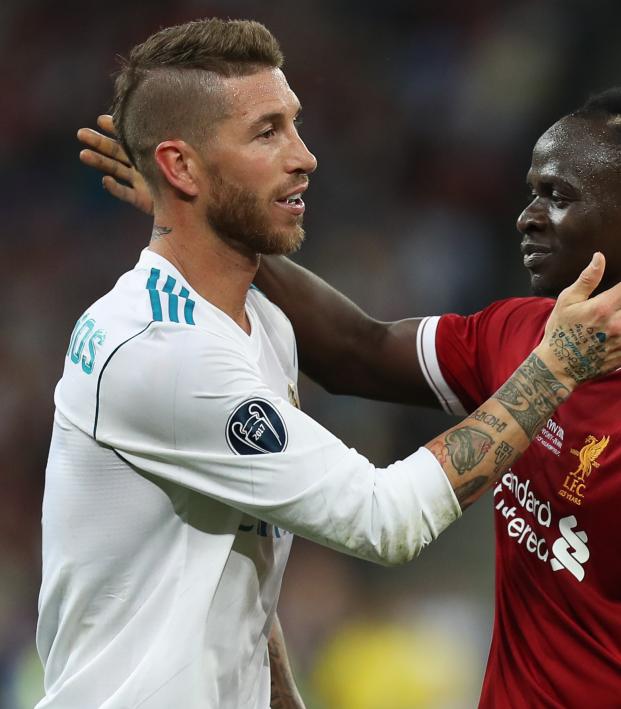 How To Watch The Champions League In The U.S. (And Every Other Major League)

Maybe the 2018 World Cup got you hooked. Maybe you’ve been a fan for decades. Regardless of your fandom status, if you’re American, you need to know one thing ahead of the 2018-19 season: How to watch soccer on TV and, in particular, how to watch the Champions League in the U.S. (plus all the other major leagues).

Whether you’re new to the game and need a new team or have been watching your team lose for a while now, there are some major changes to the U.S. soccer TV landscape for the 2018-19 season, especially when it comes to the Champions League.

If you want to watch soccer in the U.S., you’ve got plenty of options. Of course there’s Major League Soccer, but we all know you also want to see the best of the best. So the following is a guide for watching each major soccer league if you’re in the United States.

How To Watch The Champions League In The U.S. (And All The Other Leagues)

A lot of people will be asking how to watch the Champions League in the U.S. in 2018 as many will turn their dials (just kidding, you don’t even know what a dial is) to FS1 on the first match day and be shocked to see some crap like NASCAR or Colin Cowherd on the air because Fox no longer has the UCL rights. This could initially be seen as a good thing because the inane Foxification of soccer has not been taken well by soccer fans who don’t need to be told the obvious.

Does @FOXSoccer really think soccer fans are so dumb they can't understand the concept of a tournament? pic.twitter.com/07eVxCPtt9

Turner Broadcasting bought the Champions League (and Europa League) rights in the U.S. without any soccer experience whatsoever.

So here’s how to watch the Champions League in the U.S. this season:

So, what does all this mean? First of all, prepare to be nickel and dimed to watch the Champions League on an untested service. Of the more than 340 UCL and Europa League matches, only about 47 will be on American televisions. You’ll also have to watch TNT for something other than Law & Order reruns.

Similar sports services from ESPN and Sports Illustrated cost $4.99 per month. The other offerings B/R Live boasts are NBA (sold a la carte), some PGA golf and, well, a bunch of crap no one cares about. In comparison, ESPN+ has tons of MLS and USL, the UEFA Nations League, some MLB and NHL games and lots of golf and tennis.

The first talents hired by Turner were Kate Abdo and Steve Nash (a basketball player). Abdo has done excellent work with Fox, for which she’ll still work, and while she’s a great signing, the Nash hire makes it appear as though Turner will take the same route as Fox and not give any fucks about actual soccer fans. Nothing against Steve because I know he is a soccer fan, but Turner has yet to prove it cares about the Champions League.

I’m all for cord cutting (I cut with cable TV myself), but this is another example of major companies having little regard for their consumers. Turner Broadcasting has not exactly put out a great product, and chances are, a ton of people will be asking how to watch the Champions League in the U.S. this season and wondering where the hell to find the matches with so many on B/R Live.

While about half of the Champions League matches will be on TV, Turner has decided to relegate the Europa League almost entirely to its new streaming service, Bleacher Report Live. Only the final will be available on TV, broadcast on TNT on May 29.

It remains to be seen how well the service works, but not having the ability to watch any Europa League matches before the final on TV is a major bummer for U.S. soccer fans. Or at least Chelsea and Arsenal fans.

As with the Champions League, the Europa League will also be available on Univision. The Spanish-language network will broadcast more than 70 Europa League matches on UDN, UniMás and Galavisión.

NBCSN will once again have the rights to the EPL this season, which is mostly great news for soccer fans. Last year fans bemoaned the introduction of the NBC Sports Gold package, which asked viewers to pay $50 per year to watch non-televised matches NBC had previously shown for free. Other than that, however, NBCSN has done a magnificent job with the rights to the world’s richest league.

This year will see a few new changes. The most notable of these is new kick-off times (all times EST):

These changes were mostly made to grub more money off UK TV rights, but it helps American viewers as well, especially those on the western half of the country who get an extra 30 minutes of sleep. Additionally, more games on NBC or NBCSN mean fewer matches on the NBC Sports Gold package no one really wants to have to pay for.

If you want to watch the FA Cup, you'll have to subscribe to ESPN+, which has exclusive U.S. rights to the English tournament. ESPN+ will broadcast 79 matches, inluding the final.

BeIN SPORTS (and beIN SPORTS Español) will again have the exclusive U.S. rights to Spain’s LaLiga.

BeIN SPORTS, aside from annoying editors who can’t understand the inane use of capital and lowercase letters, does a relatively good job with soccer, the problem is finding a provider who carries the network. Fortunately, services like FuboTV and Sling TV do offer beIN SPORTS.

Most of the time, beIN will broadcast the Real Madrid and Barcelona matches each weekend with a smattering of some of the other top few teams like Atlético Madrid, Villarreal and Valencia. Hopefully you like Ray Hudson.

Unfortunately, BeIN SPORTS is in a contract dispute with a number of carriers (namely Comcast/XFinity) and it becoming increasingly difficult to find.

If you loved Rob Stone and Alexi Lalas during the World Cup, and we know you didn’t, you’ll love watching the Bundesliga in the U.S.!

While you’d expect Fox to go full-throttle with its coverage of the Bundesliga now that it no longer has Champions League rights, the lack of quality coverage at the 2018 World Cup without the USMNT suggests the company will go in the opposite direction.

The Bundesliga is perhaps the most underrated of Europe’s top three leagues, providing exciting, attacking football, albeit with a predictable champion. Fox doesn’t do a great job with its Bundesliga rights, but it does an adequate job. Fox typically broadcasts Bayern Munich and Borussia Dortmund matches almost exclusively outside of the Friday and Monday matches.

Just don’t be surprised when Fox decides to bump a soccer match for the meaningless fourth quarter of an American college football game.

After years of being available on beIN SPORTS, the Serie A TV rights became much more valuable over the summer thanks to one big transfer. Thus, ESPN bought the rights, mostly to showcase Cristiano Ronaldo.

A Serie A Match of the Week will be broadcast weekly on either ESPN or ESPN2, while the remaining nine matches each week will be available on ESPN+. This is a great bonus for Italian soccer fans, who can now easily watch just about every Serie A match for $4.99 per month.

Our last European entry is another beIN SPORTS offering. Again, beIN SPORTS does a good job with its coverage, it’s just hard to find with most traditional cable subscriptions.

Typically beIN SPORTS will only show PSG matches because the channel has to find time for LaLiga and Serie A matches as well. But really, who wants to watch anything in Ligue 1 besides PSG and occasionally Monaco?

The MLS TV rights are split between ESPN, Fox and Univision. ESPN/2 and FS1 have weekly Sunday matches while Unimas broadcasts on Fridays.

ESPN and ESPN2 broadcast about 34 matches per season, including some playoff matches and the MLS Cup in odd-numbered years and All-Star Game in even-numbered years. Additionally, all non-televised MLS matches are on ESPN+.

FS1 also broadcasts about 34 matches per season, along with some playoff matches, the MLS Cup in even-numbered years and the All-Star Game in odd-numbered years.

Univision has about 34 matches per season plus two MLS Cup playoff matches and the Spanish rights to the MLS Cup and MLS All-Star Game.

The Mexican league has some antiquated TV rights rules, so 17 of the teams are broadcast on Univision channels, including UDN, Unimás and Galavisión. Some matches are on ESPN Deportes.

While the United Soccer League won’t be on broadcast TV much, all matches are available on either ESPN+ or ESPN3, which is a great step forward for the second tier of U.S. men’s professional soccer.

Lifetime and ESPNews both broadcast matches for the top women’s league in the U.S.

ESPN and FS1 split the rights to the USMNT in English, while Univision has the Spanish-language rights.

Not a real league or anything, but if you want to catch all the biggest European clubs in preseason, you’ll want to watch ESPN’s family of networks for the International Champions Cup. Check out the schedule here.