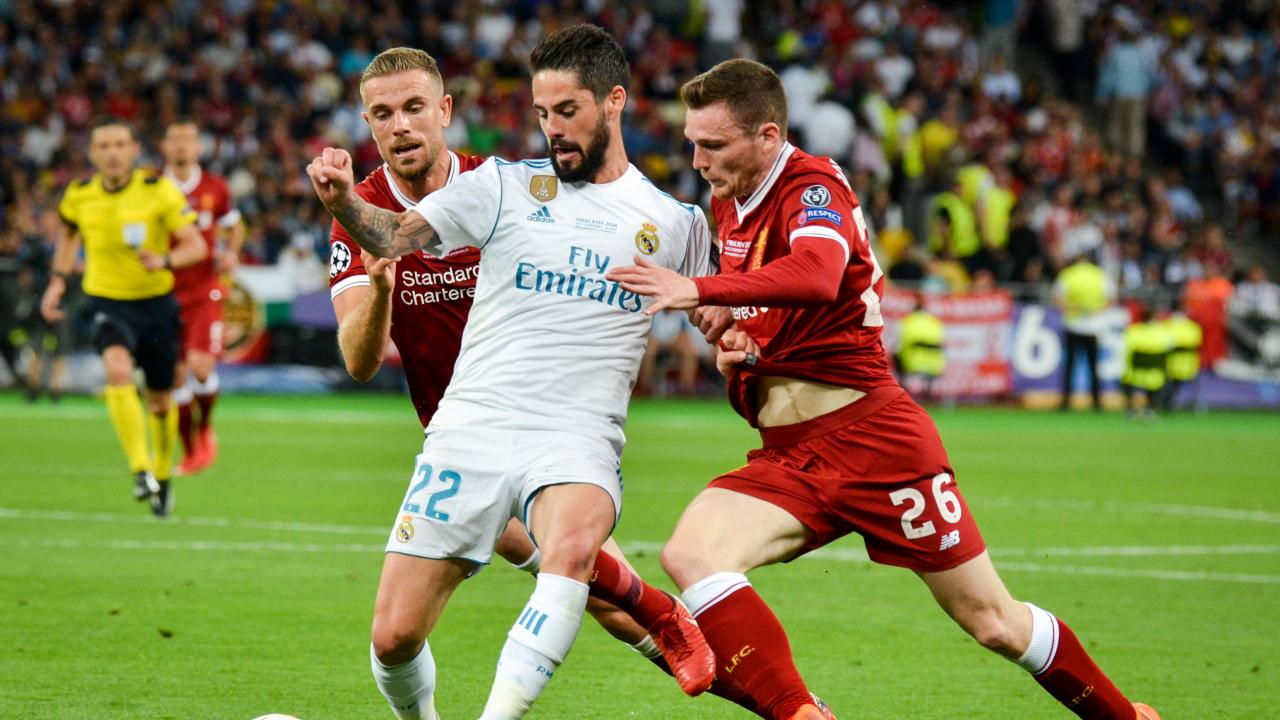 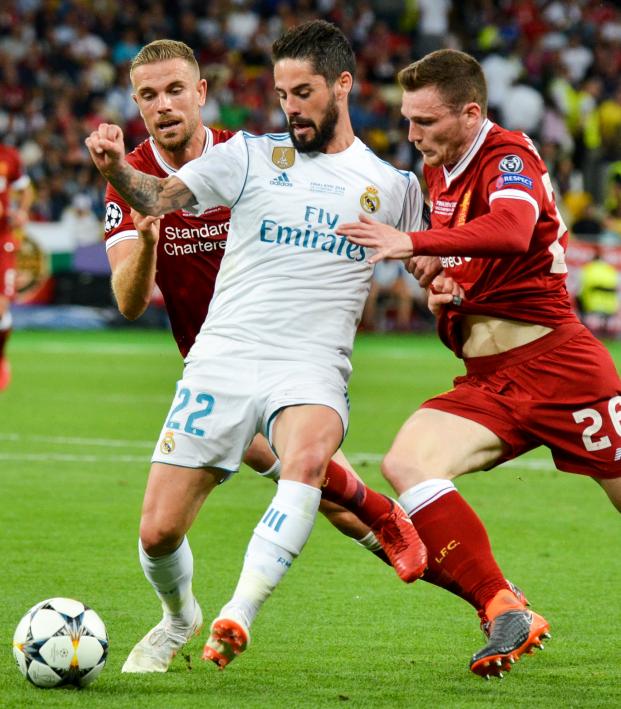 “Oh man, the World Cup is over! Now I have to wait four more years for more soccer?!”

Not exactly — we still have the International Champions Cup, and then we have to wait until 2022 for more soccer. Just kidding! There’s a thing called club soccer. Google it, but then come back here to find out which club team you should support based off your strange 2018 World Cup team fetishes!

With an average of 3.67 yellow cards per game, Panama had the rowdiest group of mad lads out in Russia. If you’re looking for a roughshod group of buckaroos intent on kicking other teams off the pitch, then you’ve got to go with the most aggressive team in Europe throughout the 2017-18 season, Getafe. These boys collected 126 yellows and five reds last season, so buckle up.

I assume you really like Mohamed Salah. There’s really only one option for you here. Also, the Pharaoh just signed a new five-year deal at Anfield so you’re in for the long haul.

Morocco was really pissed at the injustice of it all: a killer own goal, Pepe acting like a battering ram on a corner and VAR ruling in favor of Iago Aspas’ late equalizer. Basically, everyone else had a “trash can” for a heart. Juventus is for you.

If you loved the fairytale story of tiny Iceland advancing to its first-ever World Cup finals, you’ll love the story of England’s AFC Bournemouth. The Cherries play their home matches at Dean Court, which has a capacity of only 11,360. Remarkably, the 2018-19 season will be Bournemouth’s fourth straight in the EPL, so just like Iceland, a lot of admirable work has elevated this modest side to global prominence.

Costa Rica approached the World Cup much like your grandmother approaches assisted living — in a very elderly state of being. You like ‘em old and gold! Last season, Besiktas attacked the UCL with an average age of 31.4 in the starting 11. You’re gonna get a kick out of players like Pepe, Ricardo Quaresma, Atiba Hutchinson and Vagner Love.

If you like Australia, it’s because you like watching a lot of football in far-flung corners of the galaxy. It took Australia 637 games to qualify for the 2018 World Cup, so you’ll love watching Scotland’s Celtic — the Hoops actually started playing on July 10 with a UCL qualifier against Armenia’s FC Alashkert. You better get going!

Tunisia only played three matches but managed to score five while shipping eight. The African nation definitely appreciated a walk on the wild side, and London’s West Ham is all about that. Manuel Pellegrini has promised to deliver attacking football to the London Stadium, and the additions of Jack Wilshere, Andriy Yarmolenko and Felipe Anderson speak to that. They’re still gonna concede a shit load.

South Korea looked pretty clueless against Sweden and Mexico, but then the Taegeuk Warriors looked like the best team on the planet against Germany. It was too little, too late to salvage anything, and that’s pretty much been Arsenal’s modus operandi over the last few years. Some pretty beautiful stuff mixed with defeats to Swansea City and Ostersunds FK.

The move hasn’t been made permanent because of Newcastle’s own inability to do anything except sign players on loan, but the lovable Aleksandar Mitrovic should be revealed as a Fulham player shortly. It’s clear you like an underdog, but EPL new boys Fulham are not without some serious quality as well (Ryan Sessegnon).

Looks like you fancy a great escape. Saudi Arabia looked doomed to finish dead last at the World Cup, but a comeback victory over Egypt saved the Green Falcons from that deplorable fate. Southampton also managed to survive in the PL despite winning only seven of 38 games last season. Enjoy yourself.

Good lord, what a disappointment that was. Even Poland’s one win (1-0 over Japan) was an absolute shambles. Milan is the perfect club. The Rossoneri were determined to return to the Champions League last season but finished sixth. As of now, they’ve also been banned from the 2018-19 Europa League for breaching financial fair play rules. Perfect.

Awesome style of play, great history and a bunch of passionate supporters — the only negative is that it all combined for some heart wrenching moments that didn’t go in your favor. The club equivalent of this current Peru side is definitely Napoli.

With Wilfred Ndidi, Ahmed Musa and Kelechi Iheanacho all representing Nigeria and playing club ball for Leicester, this is an obvious one. What’s more, both sides fit the underdog role but are certainly capable of making noise on the biggest stage.

With eight Bayern Munich players in the squad, this is another obvious correlation. What’s more, the frustration Germany suffered in Russia has been matched by Bayern over the last five years in the Champions League. FC Hollywood just can’t get into that damn final.

Everything looked so promising and then everything just came unstuck. Senegal’s defensive performance against Japan was quintessential Dortmund, and if you like the way Aliou Cisse setup his side, you’re going to love Lucien Favre. And Sadio Mane = Christian Pulisic.

With two goals scored and two goals allowed in Russia, Iran gave no joy to the attacking might of Spain, Portugal and Morocco. Last season, Burnley allowed only 39 goals but could only muster 36. This is the style for you.

No one thought Japan belonged in the Round of 16, but then they almost beat the most exciting team on the planet by outscoring them. This is how Roma took care of Barcelona last season before losing 7-6 on aggregate to Liverpool.

Don’t try to tell me you were watching Argentina for the Enzo Perez show. At the age of 31, it’s time to really, really, really appreciate the greatness of Lionel Messi before it’s gone. Don’t miss a game; support Barcelona.

Switzerland did some cool things behind the power of Granit Xhaka and Xherdan Shaqiri, but that all fizzled out in the Round of 16. The likes of Nabil Fekir and Memphis Depay can do the same for Lyon, but a deep journey in the UCL isn’t expected.

Inter Milan is back in the Champions League, and the revival of the club’s fortunes just reminds me of Portugal’s current crop. Plus, much like Cristiano Ronaldo holds the key to everything Portugal does, Mauro Icardi is equally as important for the Nerazzurri.

If you liked Spain, I’m guessing you loved Isco and hated the fact that Julen Lopetegui was sacked on the eve of the tournament. Well, you’ll find Isco and Lopetegui reunited at Real.

There’s always a belief that maybe, just maybe, Mexico might join the world’s elite by advancing beyond the Round of 16. In 2018 that again was proven to be false hope. Mexico’s always a top 15 side, but Mexico’s always probably No. 15. Over the last eight seasons in England, Everton’s finished 8th, 7th, 7th, 6th, 5th, 11th, 11th, 7th. They’re almost there, but they’re never there.

Colombia was its own worst enemy at the World Cup. Los Cafeteros imploded against Japan, but that was nothing compared to the self-incurred frustration they felt against England. I’m convinced that if Colombia would’ve simply concentrated on playing football against England, they would’ve won. In club football, no side does a better job of sabotaging itself (while still playing great football) than Valencia.

The great underdog of the World Cup, Russia’s rise has its club equivalent in Hoffenheim. The German club was a fifth-division side in 2000 and rose to the Bundesliga by 2008. Last season, Hoffenheim finished third in the Bundesliga with whizkid manager Julian Nagelsmann leading the way (Nagelsmann will actually join RB Leipzig following this season).

Sweden had a plan and stuck to it. The reward was a better-than-expected finish in the quarterfinals. This is exactly what’s going on at Newcastle under the leadership of Rafa Benitez. It’s definitely not the most exciting football (unless Joselu is your kind of forward), but it gets results and the players are all in.

Brazil. A team that’s less than the sum of its parts while maintaining an obnoxious sense entitlement. Hey, I know! Seriously though, Brazil was stacked to the teeth and Manchester United’s no different. Just like Brazil was expected to come home with the trophy, Jose Mourinho’s side will be expected to compete for both the EPL title and the Champions League.

Oscar Tabarez is the man. Diego Simeone is the man. You get to keep the defensive pairing of Diego Godin and Jose Gimenez. You don’t get Edinson Cavani or Luis Suarez, but you now get Antoine Griezmann and Diego Costa. I envy you.

Beyond the fact that five of England’s players also ball for Tottenham, there are similarities between the approach of managers Mauricio Pochettino and Gareth Southgate. There’s also a sense that although both teams are young and brimming with talent, this is probably the best it’s ever going to get.

If you were a fan of Belgium, it’s because you love aesthetically pleasing football. There’s no arguing the fact Belgium’s current equivalent on the club scene is Manchester City, the side that scored 106 goals in the EPL last season. There’s a golden thread here too: the genius better known as Kevin De Bruyne.

If you liked how Croatia’s midfield operated in Russia, you’ll have no problems watching Jorginho, Cesc Fabregas, N’Golo Kante and Eden Hazard play for Chelsea.

France crushed the competition with Kylian Mbappe being the catalyst behind some of that crushing. PSG will likely crush its way to another domestic quadruple next season, and you won’t want to miss the continuing maturation of the world’s most exciting 19-year-old.