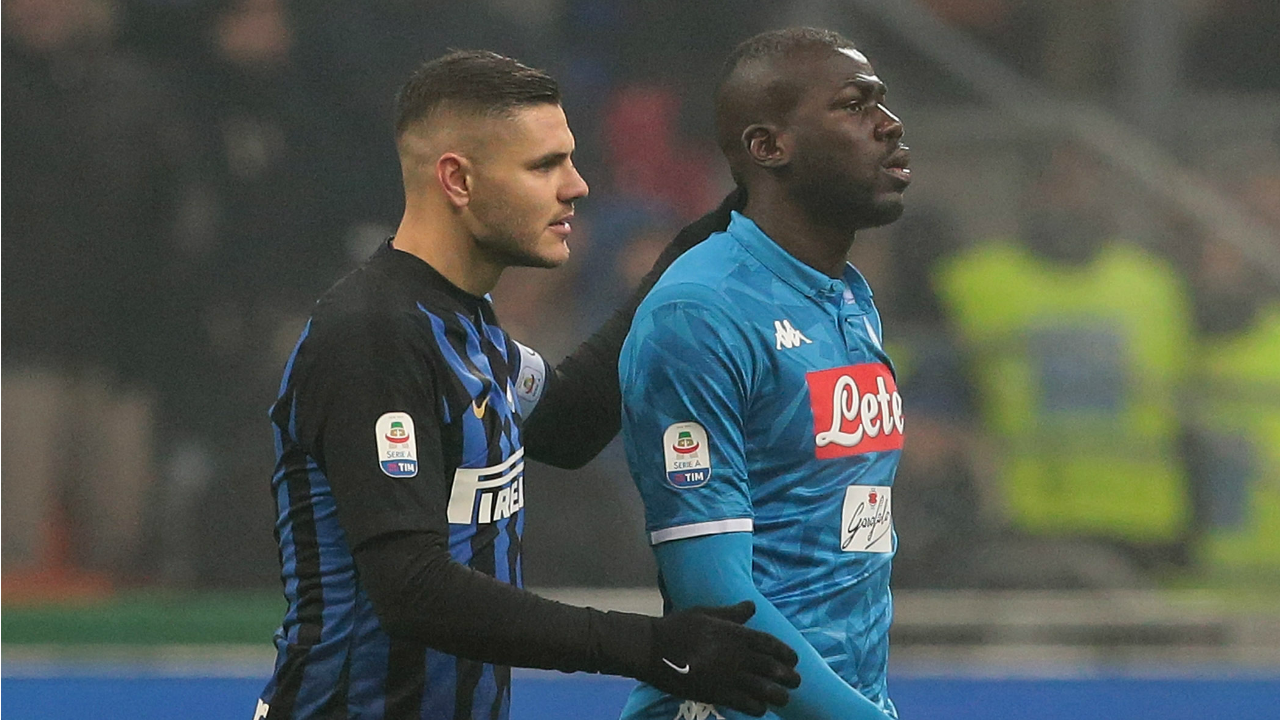 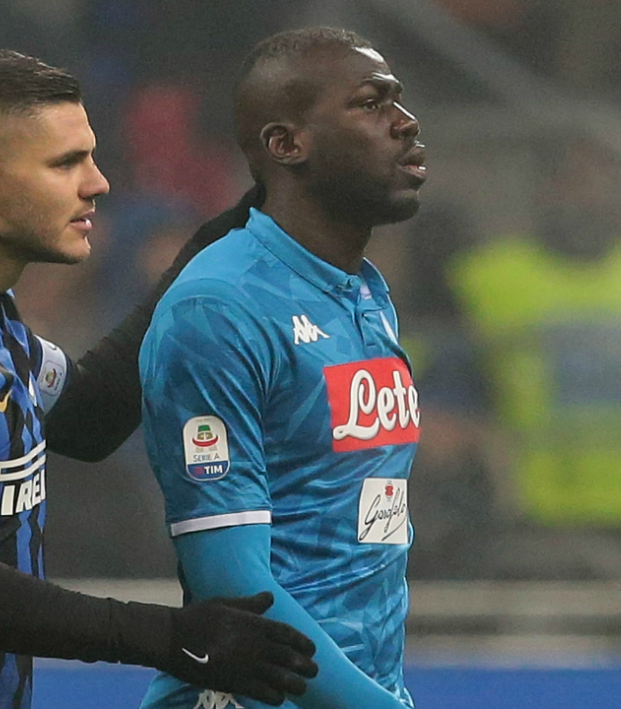 Connor Fleming December 27, 2018
Inter-Napoli was marred by some truly atrocious scenes on Wednesday.

For the first time in 47 years, Serie A featured a round of matches on what Italian’s refer to as Saint Stephen’s Day (Dec. 26). Early in the proceedings, we saw some wonderful things befitting of the occasion: Cristiano Ronaldo’s clutch play, Fabio Quagliarella’s ludicrous backheel strike and Roma 19-year-old Nicolo Zaniolo scoring a superb solo goal.

But the marquee match of the day was the evening game between second-place Napoli and third-place Inter — an occasion that started incredibly with Mauro Icardi smashing the crossbar straight from the kick off.

However, things took a despicable turn (as we’ve seen in Italy time after time) in the 80th minute when Napoli’s sensational center back Kalidou Koulibaly was booked for a challenge and then immediately booked again for sarcastically applauding the referee.

Even upon first viewing, it was fairly obvious that there was more to the story than what was immediately witnessed. After the match, Napoli manager Carlo Ancelotti revealed the reason for Koulibaly’s exasperation, and it’s sickening — especially so when combined with the fact that Inter would score the winner in the 91st minute and allow Juve to open up a nine-point gap at the top of the table over Napoli.

“There was a strange atmosphere, as we asked three times for play to be suspended, they had announcements with the speaker three times,” said Ancelotti. “Koulibaly was certainly irritable. Usually, he is very calm and professional, but he was subjected to monkey nosies throughout the game.

"We asked three times for some action to be taken, but the match continued. We keep being told play can be halted, but when? After four or five announcements? Maybe we have to take matters into our own hands next time and stop play ourselves. They’ll probably make us lose the game if we walk off, but we are prepared to do it. It’s not good for Italian football, seeing this.”

Ancelotti says Napoli asked for the game to be suspended on 3 occasions for racist chanting aimed at Koulibaly. Speaker read out 3 warnings. Ancelotti bewildered why game wasn’t interrupted. Adds next time Napoli will stop playing even if it means they forfeit the game

Koulibaly issued his own statement on Twitter after the match: “I’m disappointed by the defeat, but above all at leaving my brothers. But I am proud of the color of my skin. Proud to be French, Senegalese, Neapolitan: a man.”

Italy’s football federation has since announced that Inter will play its next two matches at the San Siro behind closed doors and that the Curva Nord — home to Inter’s ultras — will be shut down for a third.

Cristiano Ronaldo also took to Instagram after the incident while posting a statement alongside a picture of himself playing against Koulibaly: “In the world and in football, always want education and respect. No to racism and any offense and discrimination!”

Additionally, there were questions over whether or not Serie A would be played this weekend after it was revealed that an Inter fan had been killed outside the stadium before the game.

JUST IN: Italian FA president considering to suspend Serie A after the killing of Inter fan

According to the Guardian’s Paolo Bandini, a group of Inter ultras attacked a minibus carrying Napoli supporters to the game with wooden bats and metal bars. During the chaos that followed, 35-year-old Daniele Belardinelli was struck by an SUV and later died from his injuries at the San Carlo hospital.

However, it’s now been confirmed that Saturday’s fixtures will go ahead as planned.

In recent times in Italy, to name just a few, we’ve seen Kevin-Prince Boateng walk off the pitch in response to racist abuse, Lazio player Senad Lulic aim a racist remark at former Roma player Antonio Rudiger and Sulley Muntari get booked for reporting racist abuse before walking off the pitch in protest, as well as Lazio fans using the image of Anne Frank as a tool of antisemitism.