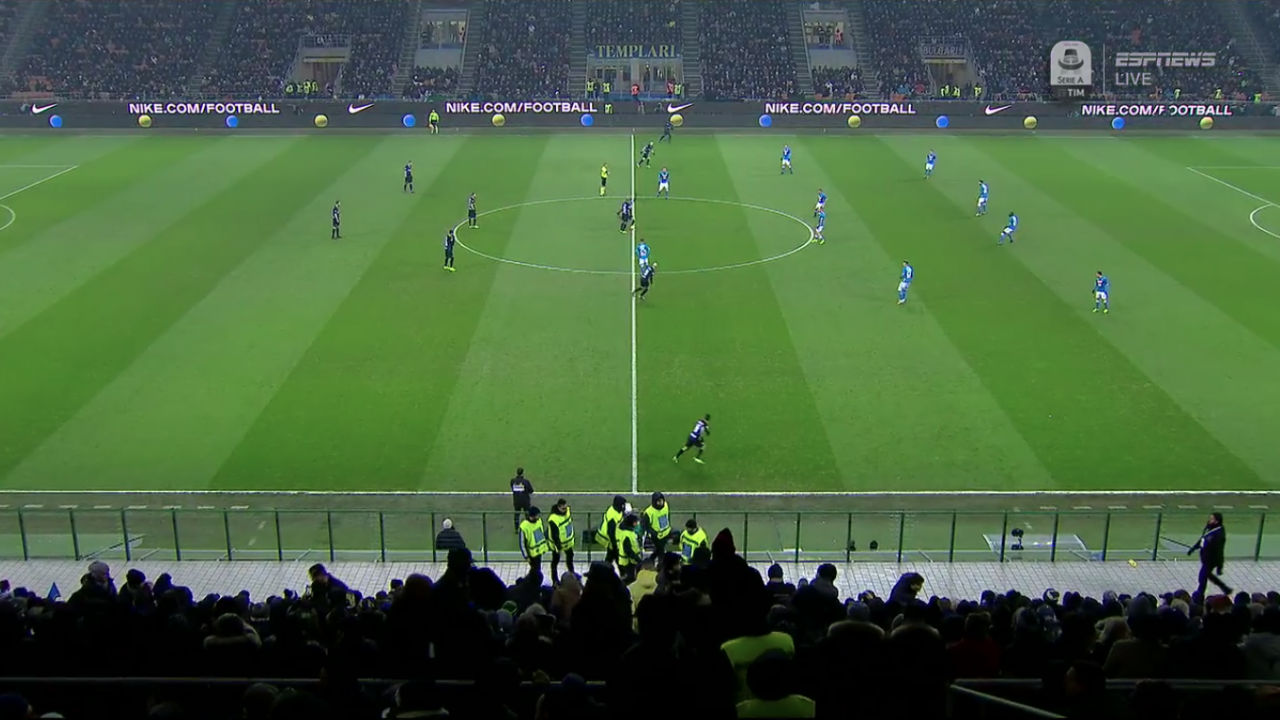 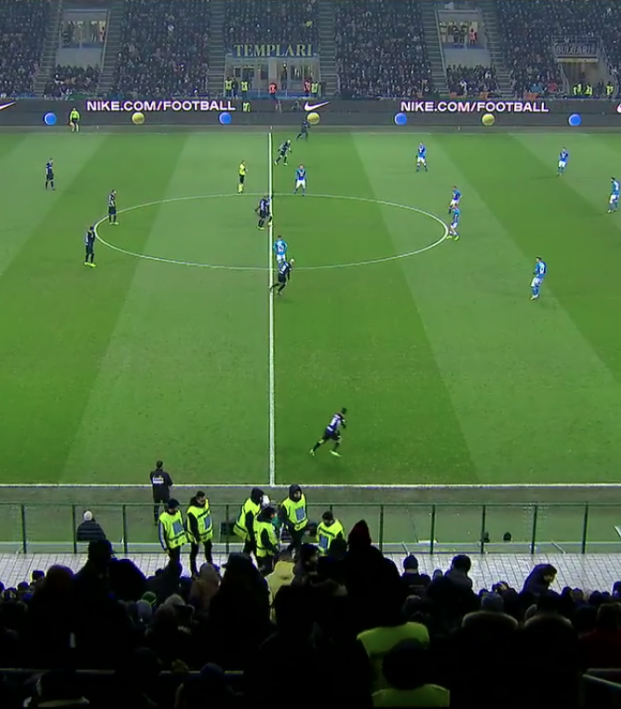 With Juventus’ shocking draw with Atalanta earlier in the day, Napoli had a rare chance to make up ground on the runaway Serie A leader on Wednesday. A Mauro Icardi kickoff nearly ruined those chances five seconds into the match.

With the late kickoff at the San Siro on Boxing Day, third-place Inter Milan hosted second-place Napoli in a Serie A clash that might’ve had a little more pizzazz had Juventus not been nine points ahead of Napoli at kickoff even with the aforementioned draw. But a Napoli win would’ve made it a six-point gap, which looked far better than the potential 11- to 14-point gap at the start of the day.

Inter won the toss and kicked off first. Argentine striker Mauro Icardi lined up and looked set to tap the ball to his teammate João Mário beside him. Instead, he plunked a shot, straight from the kickoff — and nearly scored.

Napoli keeper Alex Meret will claim he had it all the way, but you know he had a bit of panic when the ball struck the crossbar.

Methinks any goalkeeper that faces Inter the rest of the year will be well aware of Mauro Icardi kickoff shots in the future, but we hope he tries it again.