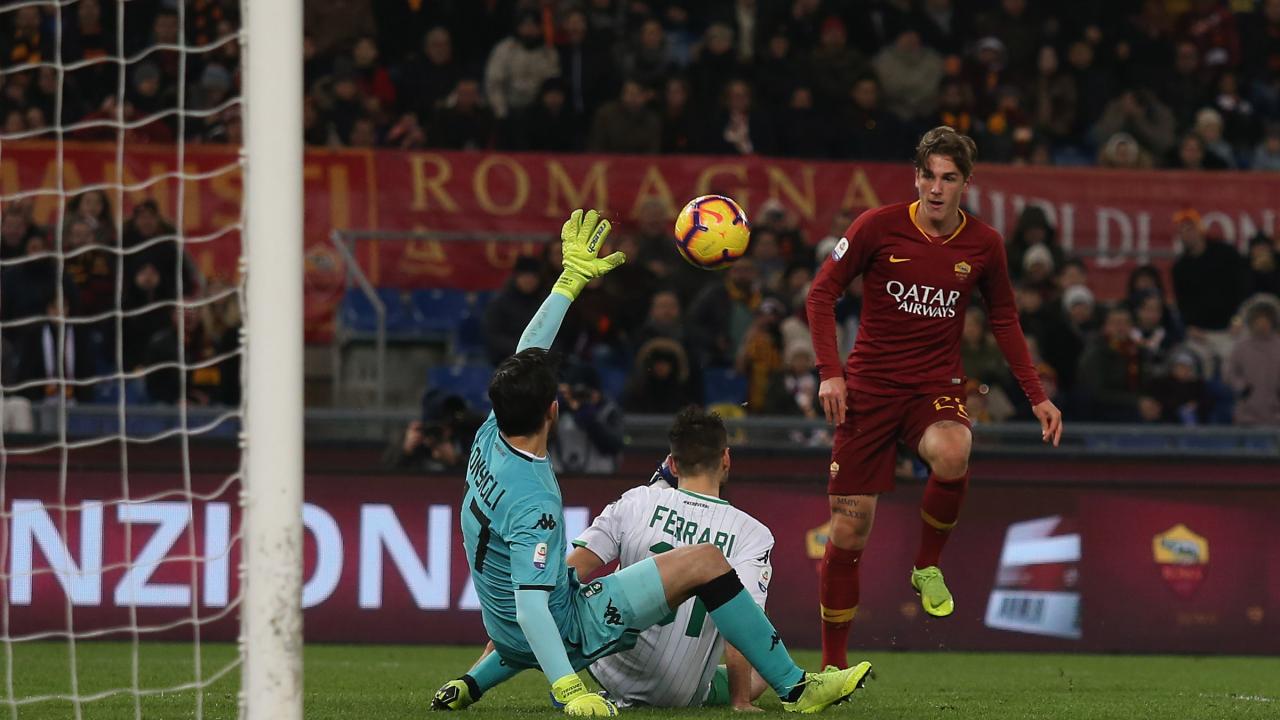 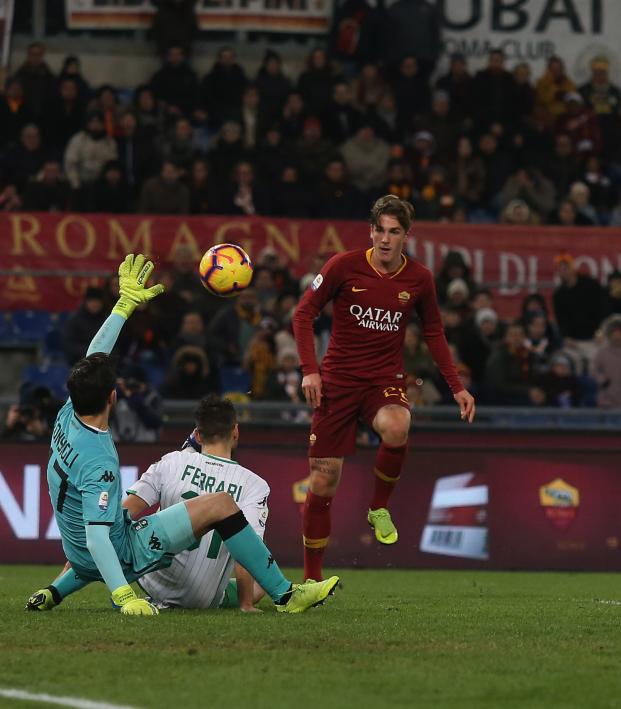 You should, maybe, know who Nicolo Zaniolo is by now. At 19, the AS Roma midfielder isn’t quite the polished product like many attackers who scored in Serie A on Wednesday, but the teen is growing in stature by the week.

Given a start in the No. 10 position against Sassuolo on Wednesday, Zaniolo scored his first Roma goal by absolutely humiliating the opposing goalkeeper and a defender for his team’s final tally in a 3-1 Boxing Day victory.

Roma was comfortably in control in the second half thanks to a penalty from Diego Perotti and a goal from Patrik Schick within the opening 23 minutes. The Giallorossi also were aided by goal-line technology, which ruled Schick missed scoring an unfortunate own goal by the narrowest of margins.

But it was the Nicolo Zaniolo goal in the second half that was the real treat from this match.

In the 59th minute, the youngster sped away from the entire Sassuolo defense with Mbappé-esque velvetiness. Then, just before taking a shot on goal, Zaniolo faked, sending goalkeeper Andrea Consigli and center back Gianmarco Ferrari to their asses before chipping into the back of the net.

Cool as you like from Roma's Nicolo Zaniolo. pic.twitter.com/BB2vHTMC63

Zaniolo’s celebration reminded us of a celebration from another (at the time) 19-year-old wunderkind, which proves Zaniolo will deliver Italy a World Cup trophy at some point in his career.

Khouma Babacar did score one in the 90th minute for Sassuolo, but it won’t take the sting away from the embarrassment suffered by Consigli and Ferrari on the Nicolo Zaniolo goal.