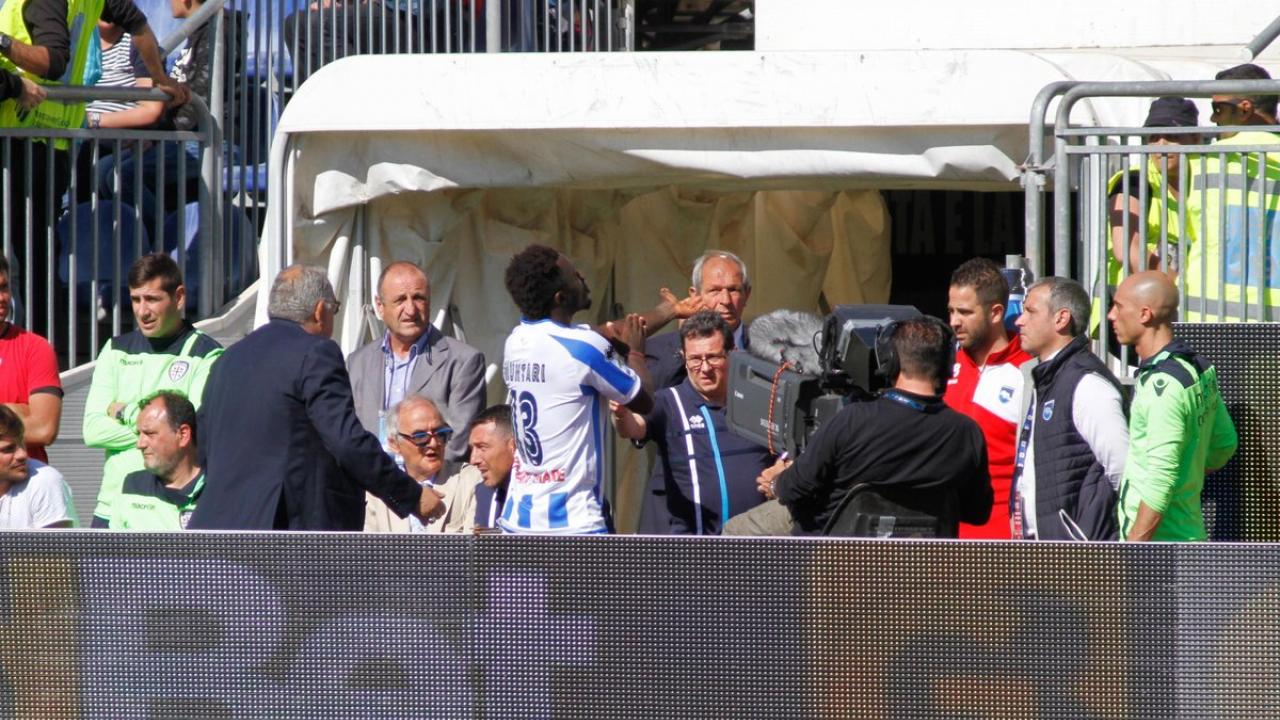 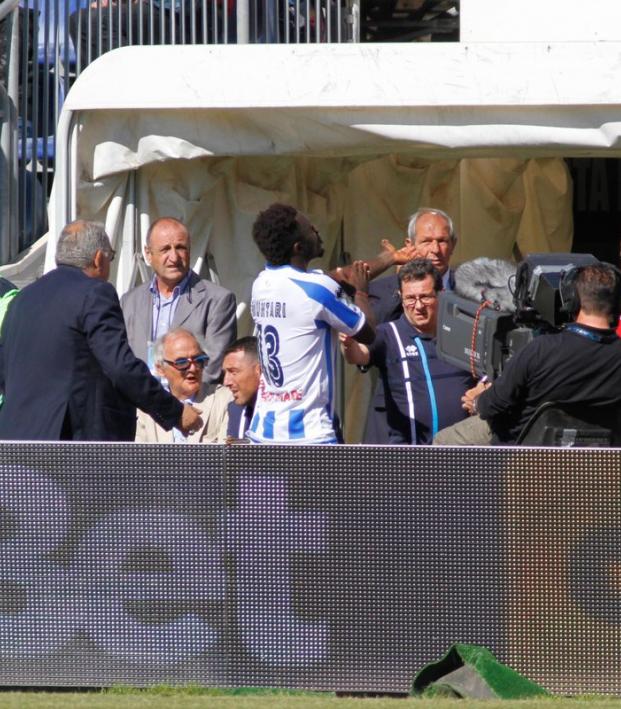 Connor Fleming May 1, 2017
Sulley Muntari of Serie A’s Pescara was booked and walked off the pitch in protest during his side’s match against Cagliari.

Sulley Muntari, whose exceptional professional career has seen him play extensively for Udinese, Inter and AC Milan, was booked for reporting racial abuse from the stands and subsequently walked off the pitch in protest in Cagliari.

Journalistically, I believe I’m supposed to say “alleged racist chants”, but to hell with that, just listen and watch the video. The monkey chanting from a group of individuals is as clear as day, but the referee claims to have not heard it.

The 32-year-old Ghanaian, who was instrumental in Inter completing the first Italian treble in 2009-10, now plays for Pescara, whose relegation from Serie A has already been confirmed. Muntari was booked in the 90th minute for telling the ref about the abuse, so he walked off the pitch to directly confront those who'd been aiming the monkey chants at him.

Pescara then finished the match with 10 men, but Muntari’s actions are being hailed across the footballing community as Italy’s embarrassing struggle with racially motivated hate speech continues to be a horrible stain on humanity as a whole.

"You handled things perfectly, your setting the example for tomorrow. You did everything right" #SerieA pic.twitter.com/NUCtyxzZbx

Pescara coach Zdenek Zeman was shocked by the referee’s actions. “Muntari asked the referee to intervene, but he did not do it,” he said. “We talk so much about racism, but then we just move on. This happened to Muntari who has played in Italy for several years — we want to change the mentality. He left the field because of the chants, but we should not have to take justice into our own hands.”

Related: Italian Football Once Again Plagued By Racism And Bigotry 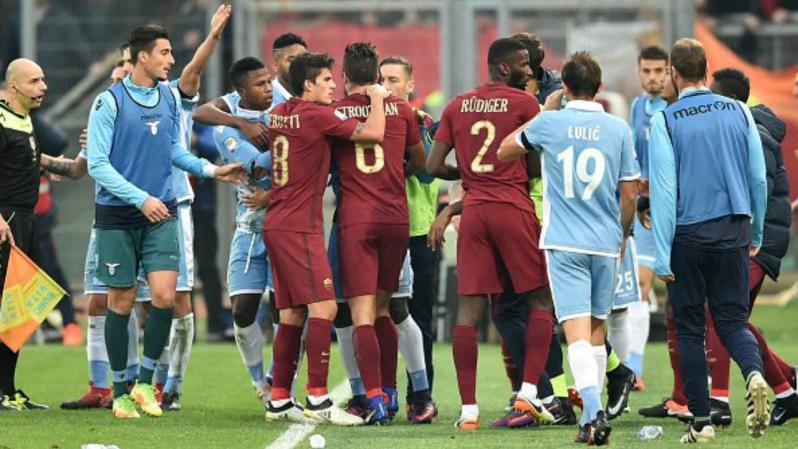