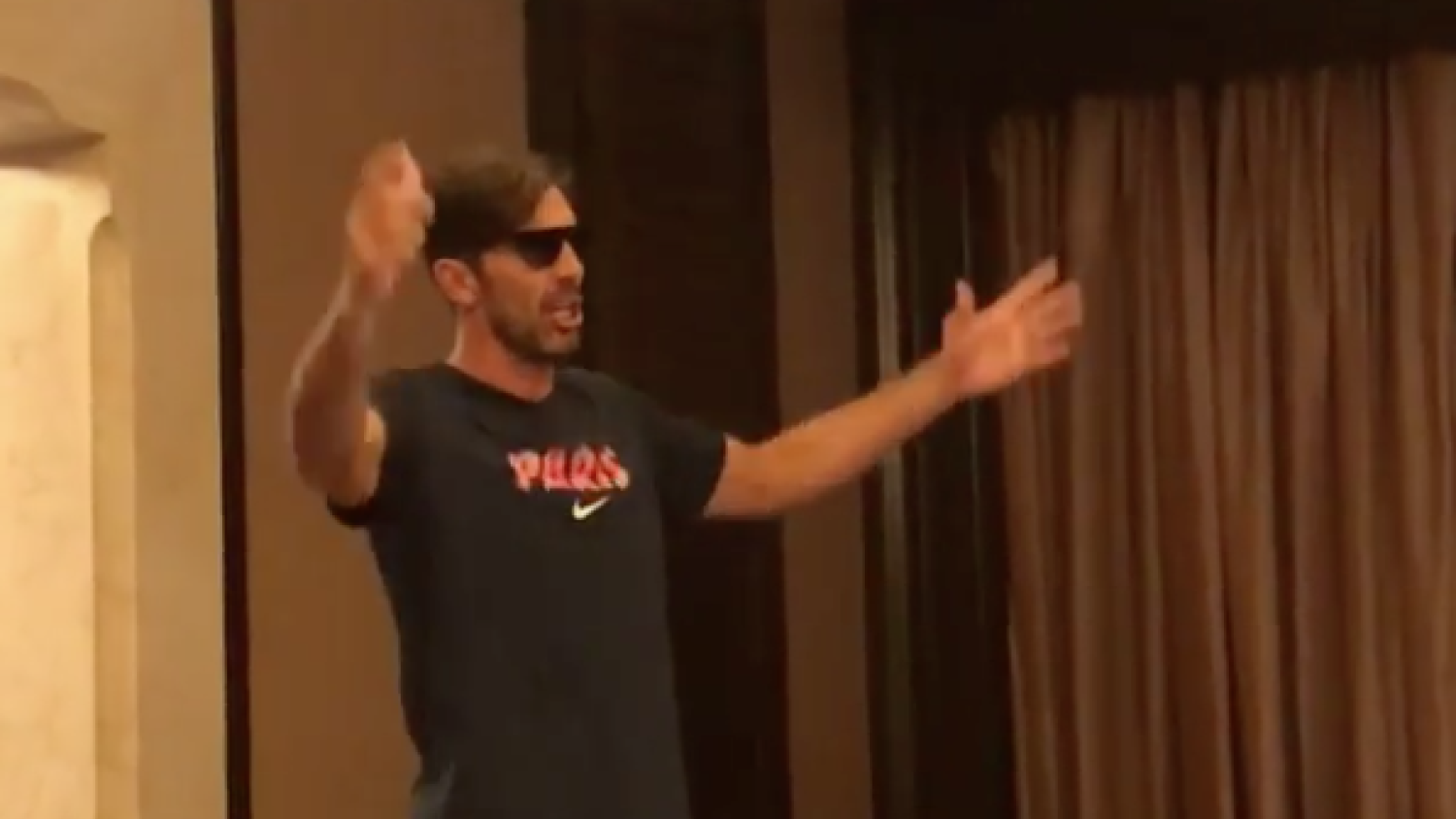 Even the most veteran of players aren’t immune to initiation rites.
@marco_verratti92 | Instagram

It’s not an uncommon sight: A new signing at a club is often forced to sing a song for his new teammates. What is uncommon: the new signing being a 40-year-old legend of the game. And Gianluigi Buffon singing for his new Paris Saint-Germain teammates may be the best thing we’ve seen from the Italian since the 2006 World Cup.

Buffon ended his 17-year stay at Italian giant Juventus in May. His final match with the Old Lady was a real tearjerker, but it was clear the Italian legend wasn’t done playing.

Buffon signed with PSG in July, extending the career of one of the greatest goalkeepers of all time. He made his debut against Bayern Munich in the International Champions Cup on July 21.

But before the Ligue 1 campaign kicks off, Buffon was forced to undergo an initiation rite with his new teammates. Usually initiation rites include youngsters just added to the team, as with these Arsenal players.

But being a World Cup winner wasn’t enough to prevent Gianluigi Buffon singing his heart out on Thursday, as Marco Verratti thankfully broadcast to the world.

Bravo, Buffon! What a performance. Perhaps a singing career is in order for you after you finally retire at the age of 55.

You’ve gotta give it to Buffon though. He easily could have pulled rank and not sung to his teammates, but he absolutely went for it and put on a great performance. It was far better than Sam Mewis doing the #InMyFeelingsChallenge.

Now if we can just get a video of American teen Timothy Weah’s initiation rites at PSG.