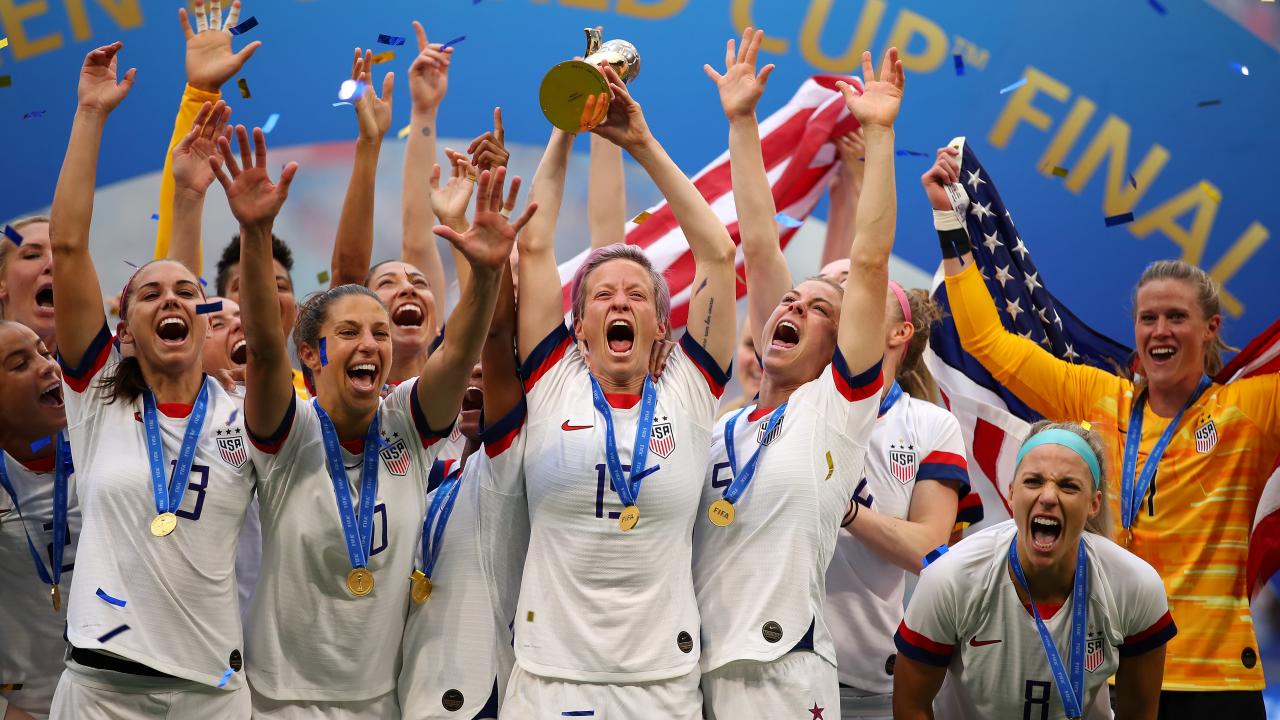 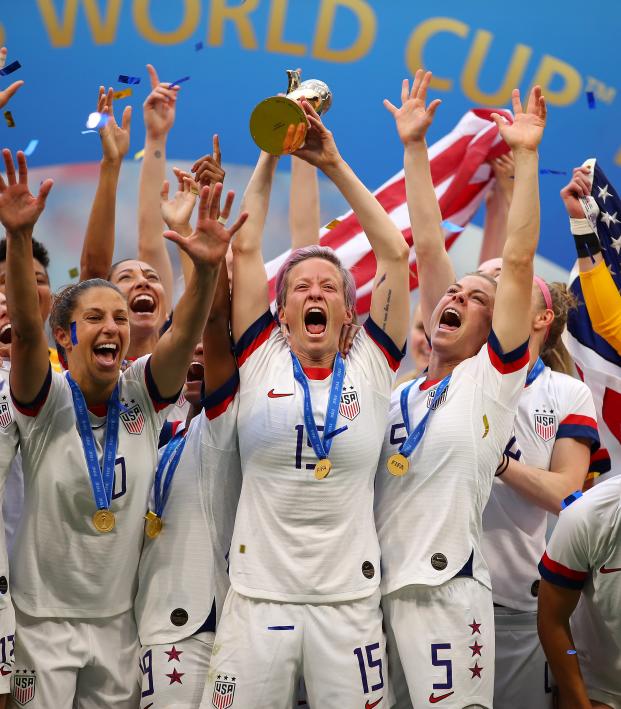 Travis Yoesting October 18, 2019
It was the most-watched Women’s World Cup of all time — and it wasn’t close. How does it stack up to the men’s World Cup?

The numbers are officially in, and the 2019 Women's World Cup viewership totals are astronomical — double what they were in 2015 by some of the most important metrics.

A combined 1.12 billion Earthlings tuned in to the 2019 Women’s World Cup, which was won by the United States women’s national team this summer in France. With 993.5 million tuning in at home on TV, FIFA saw a 30 percent increase in linear television reach from the 2015 Women's World Cup viewership numbers.

The USWNT’s 2-0 win over the Netherlands was the most-watched Women’s World Cup final ever, with an average live audience of 82.18 million, a dramatic 56 percent increase over the 52.56 million who watched the USWNT beat Japan four years prior. Beyond the average audience, 263.62 million watched at least one minute of the final, including 28.38 million in the U.S. and 7.3 million in the Netherlands (about 42 percent of the entire country). (For more on the final numbers in the U.S., read here.)

Most impressively, the 2019 Women's World Cup viewership had an average live match audience of 17.27 million, more than double that of the 2015 tournament (8.39 million). FIFA calculated 2.49 billion hours of tournament coverage were consumed, also double the 2015 edition (1.29 billion).

(For more on how these numbers compare to the men’s World Cup, scroll down.)

1.12 billion viewers watched coverage of the #FIFAWWC France 2019 on TV at home, on digital platforms or out-of-home

A total of 540.7 million tuned in for 20 minutes or more — a huge increase of 64.9 percent over the 2015 WWC. These numbers don’t even account for those who joined watch parties or watched the matches from a bar or pub.

That more fans are watching for longer is the real sign of the rising popularity of the Women’s World Cup as something more than just a passing fad. Where is this increase coming from? Asia accounted for 37.1 percent of the viewers, but Europe consumed 43.7 percent of the total viewer hours.

The biggest increase in viewership came in South America, which had a 520 percent increase in consumption over 2015. Much of that was because Globo broadcast the tournament in Brazil. Overall, 19,576 hours of coverage were broadcast around the world, 7,631 of it live — 2.5 times as much as 2015. A number of territories drew record Women's World Cup viewership numbers, including Brazil, France, Italy and the UK.

Factor in the fact many sports around the world are seeing decreases in TV viewership as other options — from Netflix/YouTube to eSports — become more popular, and it’s clear women’s soccer is a force to be reckoned with.

“More than a sporting event, the FIFA Women’s World Cup 2019 was a cultural phenomenon attracting more media attention than ever before and providing a platform for women’s football to flourish in the spotlight,” FIFA President Gianni Infantino said in a release. “The fact that we broke the one billion target just shows the pulling power of the women’s game and the fact that, if we promote and broadcast world-class football widely, whether it’s played by men or women, the fans will always want to watch.”

Infantino hit a key point in his statement: if it’s promoted and broadcast, people watch women’s soccer. The U.S. should take note and start promoting and broadcasting more NWSL matches — the fans will watch. But as we’ve seen, Fox and ESPN don’t really care about soccer.

Hopefully more broadcasters see these numbers and decide to actually promote women’s soccer instead of completely ignoring it.

Many people just want to know how the Women's World Cup viewership numbers stack up to the men’s TV ratings.

The Women's World Cup viewership numbers are not quite up to the astronomical figures the men’s World Cup pulls in, but it is in good company. With the 82.17 million who watched the final, the WWC ranks ahead of the Academy Awards and El Clasico, trailing only mega-events like the Super Bowl, Champions League final, Cricket World Cup and Olympics opening ceremony among the most-watched events in the world.

Now attention turns to the 2023 Women’s World Cup. FIFA has yet to determine who will host the tournament. The final decision will be made in May of 2020, leaving the host(s) three years to prepare, or less than half the time FIFA usually gives men’s World Cup hosts.

Hopefully the tournament will be promoted even more this time around, as the Women's World Cup viewership numbers from 2019 show there is a huge appetite for it.