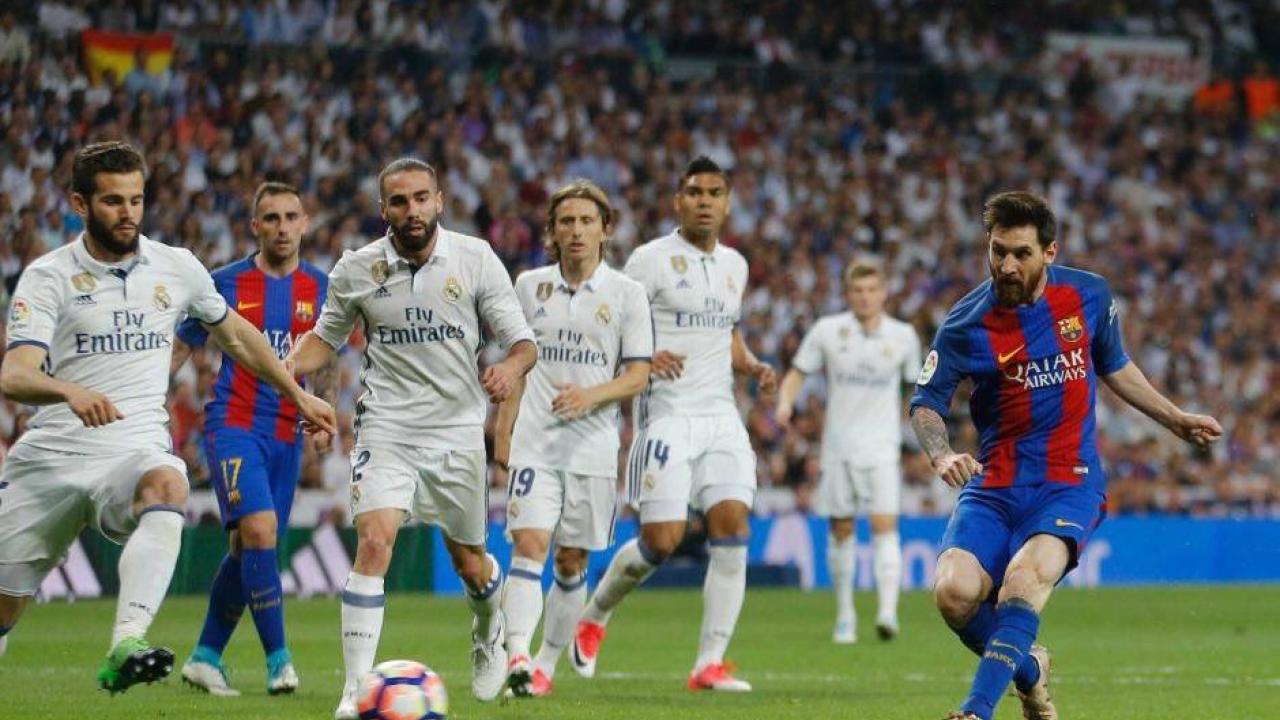 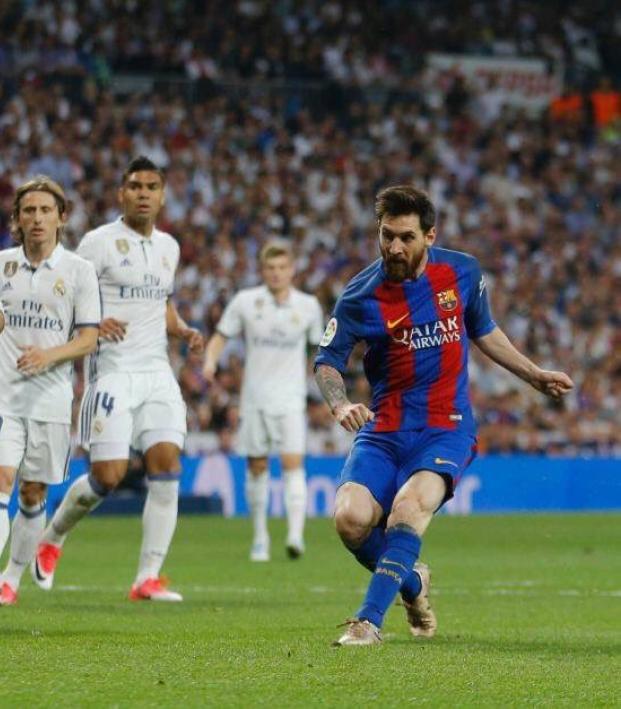 Travis Yoesting May 1, 2018
El Clasico is one of the most popular events in the world, but it’s not the most watched.

The showdowns between Real Madrid and Barcelona, taking place at least twice per year, are the premier sporting events in Spain. Millions around the world tune in to watch the two richest teams in the world’s most popular sport face off in perhaps the world’s greatest rivalry. Earlier this week, we took a look at how the number of worldwide El Clasico viewers compared to the Super Bowl, the biggest event in Spain compared to the biggest event in the U.S. Today we compare El Clasico TV ratings to that of other major televised events across the planet.

As discussed in our earlier feature on global El Clasico ratings, it is difficult to pin down the exact number of viewers for the match because of the number of different countries involved. We can say for certain the match will be broadcast to around 650 million people across 185 countries. The closest estimates for the actual number of viewers is between 50-100 million, so we’ll go with 75 million viewers. Of course, El Clasico is played at least twice a year, so that's worth keeping in mind when comparing it to these other events. 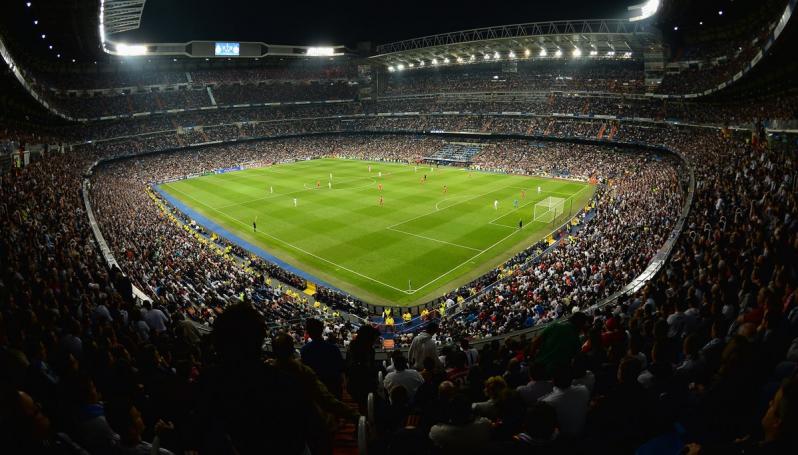 To compare El Clasico viewers with other major events, we took the highest recent global viewership numbers or the best numbers we could find for each event. Most, like the Oscars, which is shown in 225 countries, are shown across the world, making exact TV nearly impossible to discern, but these are the closest estimates.

Additionally, we focused on single events. While the IOC likes to claim 4.4 billion people watched the 2008 Olympics (a dubious claim that likely counts people more than once), you can’t compare an event lasting two weeks with one lasting a couple hours, so we narrowed the Olympics down to the opening ceremonies, typically the most-viewed part of the event.

Also, TV ratings in the U.S. are typically given in average viewership as opposed to peak viewership. While the 2017 Super Bowl set a record with 172 million Americans viewing at one point, the average viewership was below the all-time high of 114 million set in 2015. This makes calculating viewership of eSports particularly difficult, as numbers are often reported as peak totals or overall totals.

One interesting note: All of these highs for TV ratings have come in the last decade or so, an obvious assessment given increasing population and proliferation of broadcasts, with one exception. The highest TV ratings for baseball's World Series came in 1978. 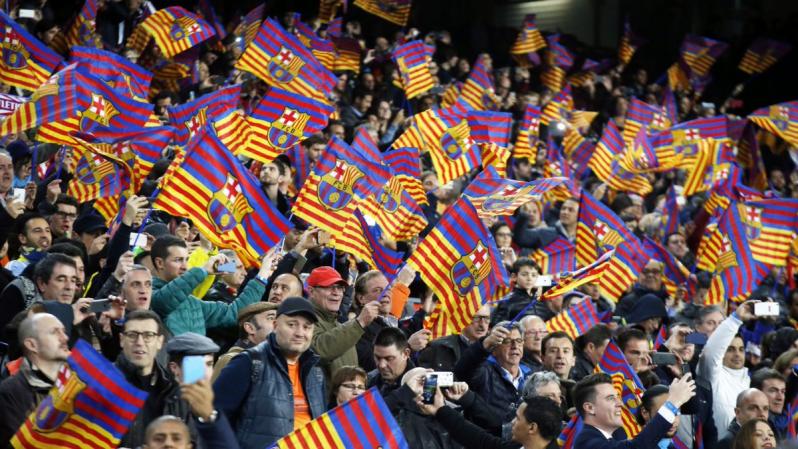 Finally, we also took care to double and triple check numbers as much as possible. As a recent ESPN article on cricket viewership numbers put it, “The dazzling array of figures before a totemic sports fixture seldom pays much heed to facts.” Often times media outlets throw out massive numbers that are nowhere near the actual number, like saying 500 million people watched an FA Cup final or the bogus claim that 3.5 billion people watch the Tour de France. For this reason, we have left the FA Cup final and the Tour de France off this list because of a lack of agreement in numbers. Stats for the FA Cup final vary from five million to 88 million in recent years while Tour de France numbers vary even more wildly, from 20 million to the aforementioned 3.5 billion that is constantly thrown out by idiots. 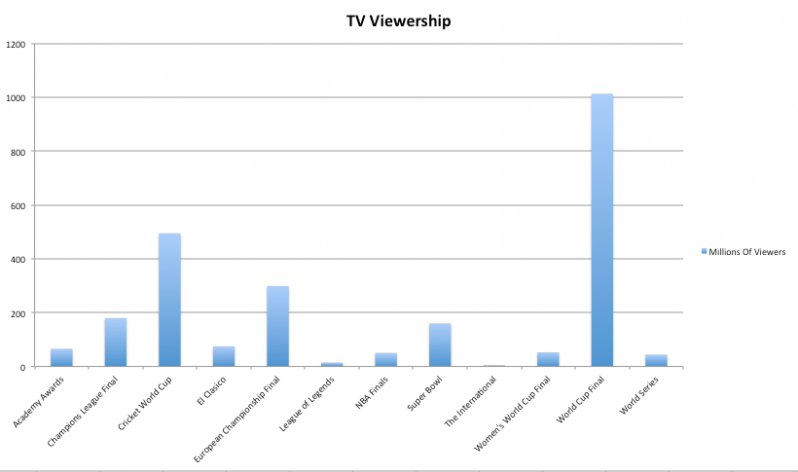