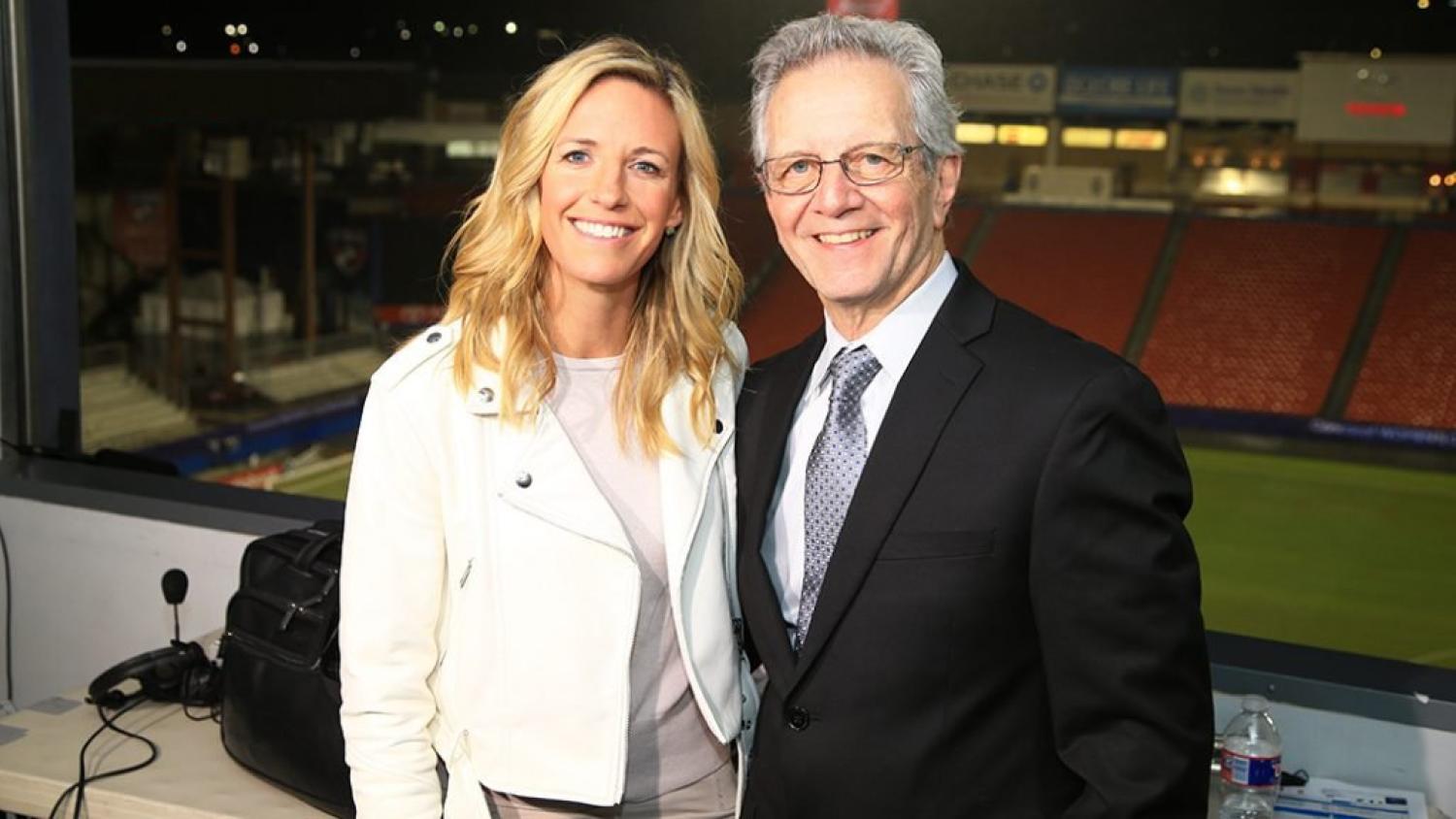 Both FOX and Telemundo will call upon trailblazing women to lead their 2019 Women's World Cup TV coverage this summer.

Aly Wagner and JP Dellacamera were chosen as FOX’s lead announcing team for the Women’s World Cup, the American broadcaster announced Wednesday exactly 100 days out from the start of the biggest soccer tournament of 2019.

She made history as the first woman to call a men’s World Cup on U.S. English-language TV.
He’s one of the most respected voices in American soccer.
Together, Aly Wagner and JP Dellacamera are FOX Sports’ lead 2019 #FIFAWWC broadcasters.

In Spanish, Andrés Cantor will be the star of the show across the Telemundo family of networks, but he’ll be joined by Viviana Vila. Last summer, Vila and Wagner became the first women to call men’s World Cup matches in the U.S.

FOX and Telemundo both announced some of their plans for U.S. coverage of the 2019 Women’s World Cup this summer in France on Wednesday.

In Spanish, all 52 matches will be available live across Telemundo, Universo and Telemundo Deportes digital streaming platforms.

FOX didn’t announce its full cast of broadcasters, analysts and hosts, instead focusing on Wagner and Dellacamera on Wednesday.

Wagner was one of the few things FOX got right with last summer’s coverage of the men’s World Cup, as she became the first woman to call a men’s World Cup match to U.S. audiences during the Morocco-Iran match (Vila followed her shortly). She teamed up with Derek Rae and we named them the best broadcast duo of the six FOX used for the tournament (most of which never even made it to Russia, pathetically).

Dellacamera, meanwhile, is perhaps the most veteran American soccer broadcaster around. He’s called a staggering 14 World Cups (nine men’s, five women’s) on either TV or radio and was inducted into the U.S. Soccer Hall of Fame in 2018.

We can probably expect some of the same names from FOX's men's World Cup coverage to call the Women’s World Cup this summer, though Stu Holden and John Strong (FOX’s lead team in Russia) will likely be back in the U.S. calling the concurrent Concacaf Gold Cup. In a baffling decision from global soccer officials, the Women’s World Cup, Gold Cup and Copa América will all have their finals on July 7.

We hope we don’t see Mark Followill and Warren Barton, who were mind-numbingly awful in Russia. We hope we do see more women like Lisa Byington, Danielle Slaton and Katie Witham, who in August became the first all-women broadcast team for an MLS match, plus Kate Abdo in the studio.

FOX’s Women's World Cup TV coverage will include two daily studio shows plus a Twitter show live from Paris with the Eiffel Tower as a backdrop to the set.

Telemundo has released more names for its Women's World Cup TV coverage, including Miguel Gurwitz, Carlos Hermosillo, Sammy Sadovnik, Copan Alvarez and Manuel Sol, with more women’s names to be announced in the future. The network said it will focus heavily on the reigning champion USWNT, with the Mexican women’s national team having failed to qualify.

The USMNT begins play on June 11 against Thailand.