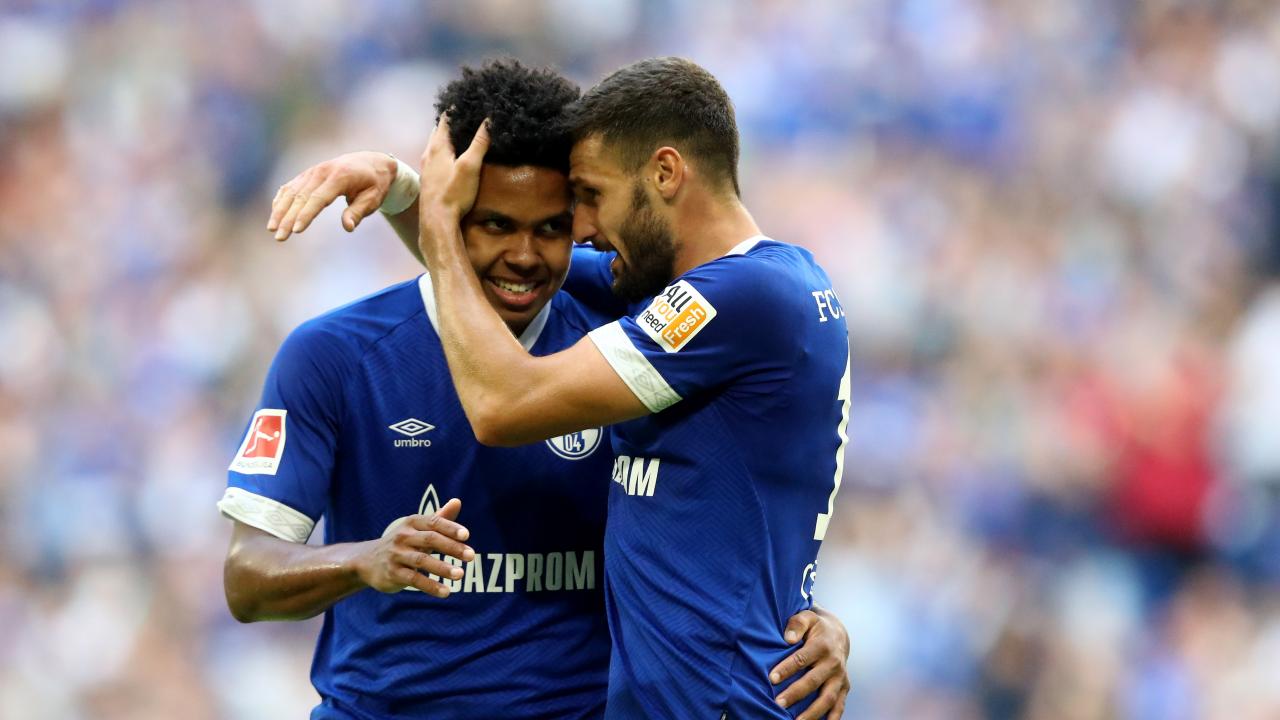 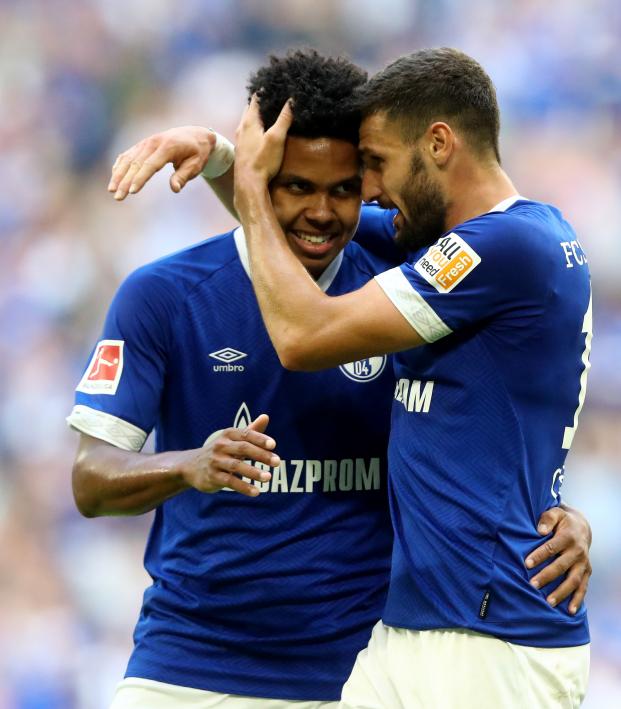 What ESPN Snatching Bundesliga TV Rights From Fox Means For All Parties, Including Fans

Travis Yoesting October 1, 2019
ESPN nabbed the Bundesliga TV rights in the U.S. from Fox, but don’t get too excited.

ESPN announced this week it had obtained the U.S. English-language Bundesliga TV rights, starting in the 2020-21 season.

If the story was done, this would be wonderful news. Fox, which has a long history of appearing to hate soccer (and in general has poor sports coverage), didn’t really make much use of its Bundesliga TV rights, usually hiding games away on FS2 or behind its ludicrously expensive Match Pass.

But the story is not done.

ESPN has the Bundesliga TV rights, but it’s going to put just about all of it behind a paywall on ESPN+, just like it’s done with Serie A.

It's official: the Bundesliga is coming to ESPN+ for the next six years, starting in 2020. https://t.co/oViKzbsbfZ

When ESPN obtained the U.S. TV rights to Serie A before last season, we were generally excited. ESPN promised one match per week would be on an ESPN cable TV channel, with the rest available on the affordable ESPN+ subscription service. Unfortunately, ESPN showed no respect for the viewers, putting the best games behind the paywall. The matches that were shown on cable TV were usually 5:30 a.m. games between bottom-table clubs on ESPNews, which fewer people even have access to.

With ESPN buying the Bundesliga TV rights, it’s not even bothering to promise a game per week on cable TV. The news release said “select Bundesliga matches each season” will be on ESPN linear TV networks, but that probably means even fewer than FS1 is showing now given how many TV rights ESPN owns around the globe. And you know ESPN will want people to subscribe to ESPN+ to watch the biggest matches, such as Bayern Munich vs. Borussia Dortmund.

So what does it all mean now that ESPN+ has the Bundesliga TV rights?

Well, it’s not all bad, but it’s not all good. Let’s break it down by what it means for FOX, ESPN and, most importantly, the consumers.

What This Means For Fox

With Fox losing the Bundesliga, it no longer has any European soccer rights other than FIFA international tournaments (World Cup, Women’s World Cup, youth World Cups, etc.). The only notable leagues it has rights to are MLS and Liga MX. Fox could try to pick up TV rights elsewhere, but its options are limited. LaLiga is just about the only other league worth fighting for that hasn’t recently changed hands, but beIN SPORTS will be desperate to hold on to those rights and don’t discount ESPN or even NBC or Turner Sports from going after those rights as well. (NBC has EPL rights locked up through 2022.)

Fox has a choice now: It can slowly fade away from soccer or double down on its MLS and Liga MX cover to bolster its reputation for FIFA tournaments.

Unless it can pick up LaLiga, Fox risks losing broadcast talent for what it still has: USMNT/USWNT and occasional MLS matches. Alexi Lalas has shown a willingness to jump around to wherever will pay him, Stu Holden and Kate Abdo are already working with TNT for the Champions League and, well, that’s about it for notable FOX soccer broadcasting talent, unless you want to include the folks they just trot out for World Cups.

The only way this is good for Fox is if it just gives up on soccer altogether and focuses on its incredibly niche target audience of angry sports man. It still has the 2022 World Cup rights, but after that, Fox could be almost entirely out of the game unless it can make a big move.

Then again, with just the Bundesliga after losing the Champions League, it’s not like Fox was really in the game much anyway aside from quadrennial tournaments.

What This Means For ESPN

For the second time in about 13 months, ESPN has pulled off a big coup in the U.S. soccer market.

While the days of Tommy Smyth broadcasting the Champions League on ESPN2 are long gone, the company is still one of the best American broadcasters when it comes to the beautiful game (still behind NBCSN’s excellent Premier League coverage).

ESPN has slowly amassed a huge catalogue of soccer offerings on ESPN+, making it nearly a must-own for soccer fans. ESPN can now boast Bundesliga, Serie A, Eredivisie, USL, UEFA Nations League, the 2020 Euros (and qualifiers), England’s FA Cup and EFL, some MLS, NWSL, USMNT and USWNT matches and more. Most of these are exclusively available on ESPN+, but at $5 per month ($50 per year) it’s more affordable than a Netflix subscription.

By obtaining Bundesliga TV rights, ESPN+ will be able to market the most comprehensive soccer streaming service around, perhaps even more so than the far-more-expensive fuboTV.

Users will likely be more willing to pay for ESPN+ than any other soccer subscription. B/R Live has the Champions League but only offers matches that aren’t on TNT (though often Turner Sports puts the best games behind that paywall because it hates humans), NBC and NBCSN will always show the best Premier League matches on linear television and fuboTV is primarily for cord-cutters.

Combine this with the upcoming bundle with Hulu and Disney+, and the World-Wide Leader is taking over the world of streaming entertainment.

This will mostly benefit us, the viewers. Mostly.

Willkommen bei ESPN! Looking forward to covering a league that has been instrumental in the development of players around the world while having arguably top to bottom, the best stadium atmospheres in the world. https://t.co/8HXGplTYdf

What This Means For Viewers

Let’s be honest, Fox never really seemed to care much about soccer or its fans, even when it had the Bundesliga, Champions League and the World Cup. It never treated viewers with respect and has only ever done the bare minimum to cover big events.

So Fox losing Bundesliga TV rights isn’t really a big deal, even if TNT has treated the Champions League far worse than Fox ever did.

Will ESPN+ provide better coverage of the Bundesliga than Fox? That depends on whether or not you’re willing to pay an extra $5 per month. It was nice to watch Bundesliga matches with a basic cable subscription, something we’ll see far less of under this ESPN deal.

Coverage of Serie A in the U.S. has increased dramatically since ESPN obtained Serie A rights. BeIN SPORTS, which owned the Italian rights prior, is simply not in enough homes. While most of the games have been on ESPN+ (along with highlight shows like ESPN FC, a former fixture of ESPN2), it’s more affordable to watch every single Serie A match now than ever.

The same will be true when ESPN+ takes over the Bundesliga TV rights. Every match will be available either on cable TV or the subscription service, so Weston McKennie diehards can watch every Schalke league match, not having to worry whether or not it’s on FS1, FS2 or Match Pass. (If anyone actually pays for Match Pass, please reach out to me. I’d like to know what kind of person pays $20 per month for a smattering of Bundesliga matches, besides maybe McKennie’s mom.)

The worry is, however, that ESPN+ starts out cheap and begins to jack up its prices as soon as it’s built a good user base. This will inevitably happen — everyone does it. It’s only a matter of when.

At $50 per year, it’s definitely worth it for soccer fans to pay for ESPN+ (it also has a lot of other sports coverage, including college football/basketball). Will fans want to pay $100 per year for it? What about $240, the current price of Fox Soccer Match Pass? (Seriously, why does this service even still exist, let alone at that price?)

While on one hand this is great for consumers, who have a wide variety of viewing options, this is an increasing strain on soccer fans’ wallets. Fans who want to watch all the soccer available to them will have to shell out at least $200 per year, not even including a basic cable subscription. Even NBC’s coverage of the Premier League is victim of this money-grubbing, with this year’s new streaming options gouging customers for what the company used to give away for free.

Hopefully ESPN+ stays at its low price for a long time. Hopefully NBC and Turner Sports realize their streaming prices are way too high. And hopefully someone reminds Fox it’s still trying to charge $20 per month for a service that doesn’t provide anything anyone actually wants to watch.

Hopefully ESPN+ owning the Bundesliga TV rights turns into a win for viewers. But we’ve seen this story before and know corporations will always err on the side of greed.