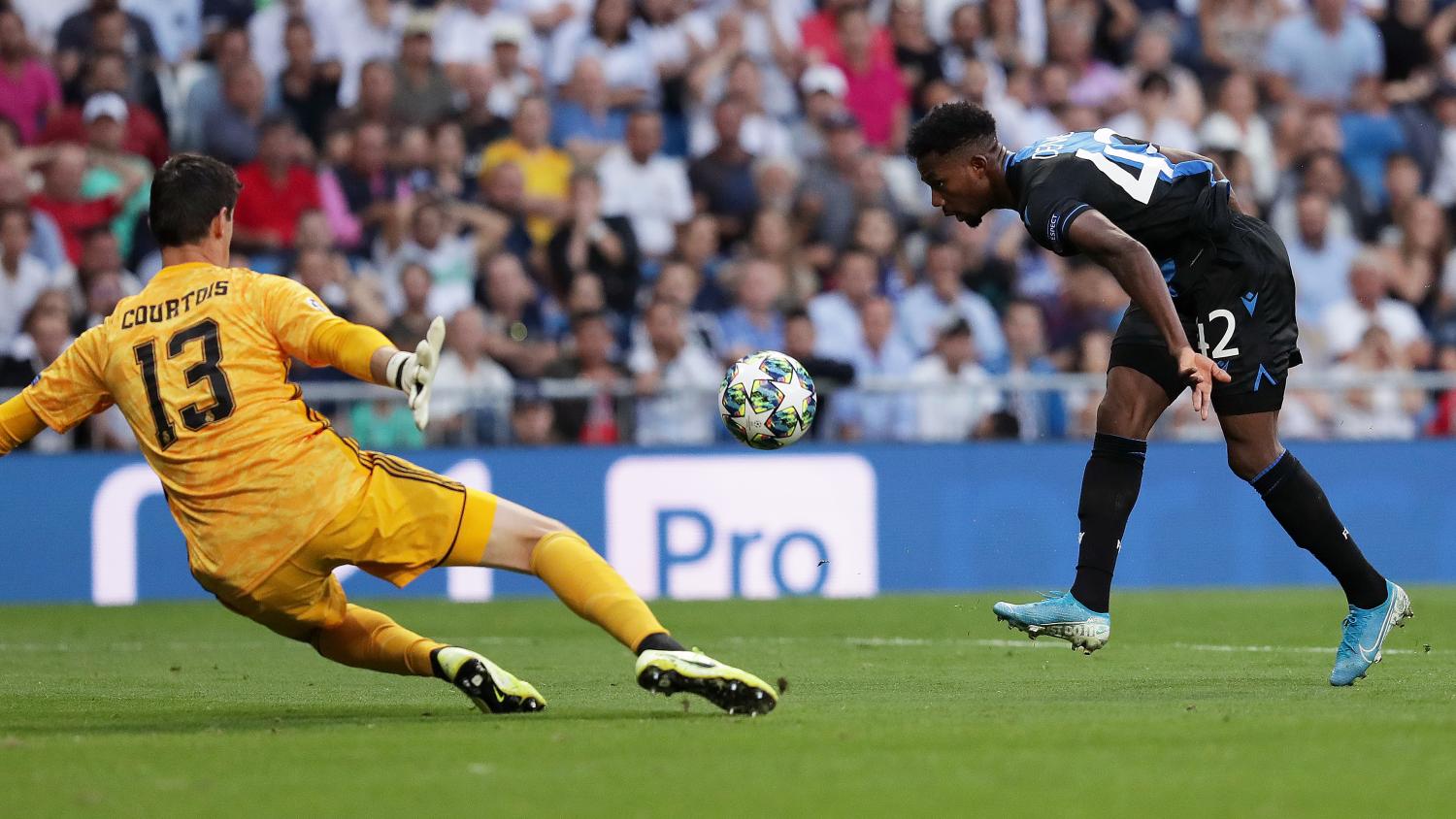 This is why we play the game.
Getty Images

Club Brugge came within five minutes of recording a historic upset of 13-time European champion Real Madrid at the Santiago Bernabéu on Tuesday, but the Belgian side ultimately had to settle for a 2-2 draw after a late equalizer from Casemiro.

Regardless, the story of the game will be the first-half brace scored by Club Brugge’s Emmanuel Bonaventure Dennis.

Dennis is now 21, but he was just 16 when Cristiano Ronaldo lifted his first European Cup with Real. So perhaps it was trolling or perhaps it was an homage to a childhood hero, but Dennis commemorated his second goal in front of a stunned Bernabéu with Ronaldo’s “SIUUUUU!” celebration.

Here’s the brace from Dennis. The first was straight from The Gyasi Zardes School of Finishing.

The second was clipped home while avoiding a face plant. There’s no such thing as a “perfect brace,” but I’d like to nominate these two goals for the term.

Go on, Dennis. Give ‘em the SIUUUUUUUUUUU!

The good times wouldn’t last. Sergio Ramos pulled one back in the 55th minute while working the backline real close.

Sergio Ramos was mighty close to being offside pic.twitter.com/bpPBu2fBVN

Then Club Brugge captain Ruud Vormer was sent off for scything through the back of Vinicius in the 84th minute, and from the resulting free kick Toni Kroos found Casemiro for Real’s equalizer.

The big winner is Group A leader PSG.