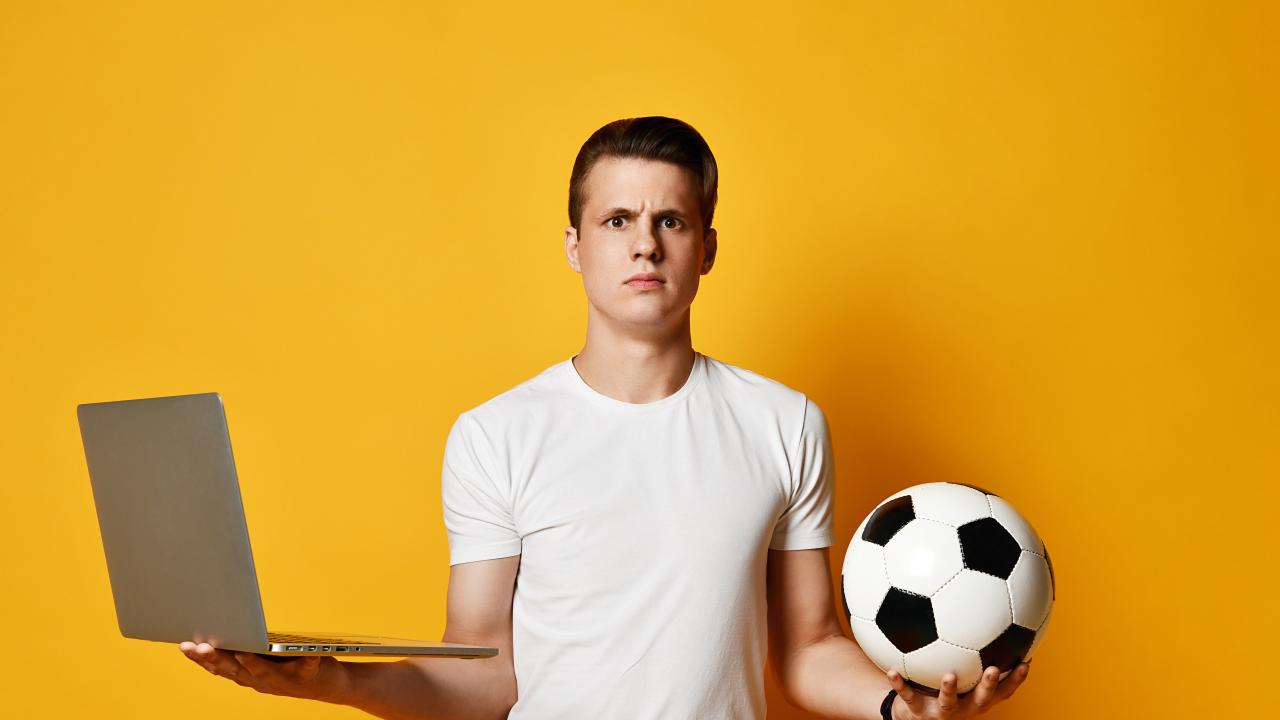 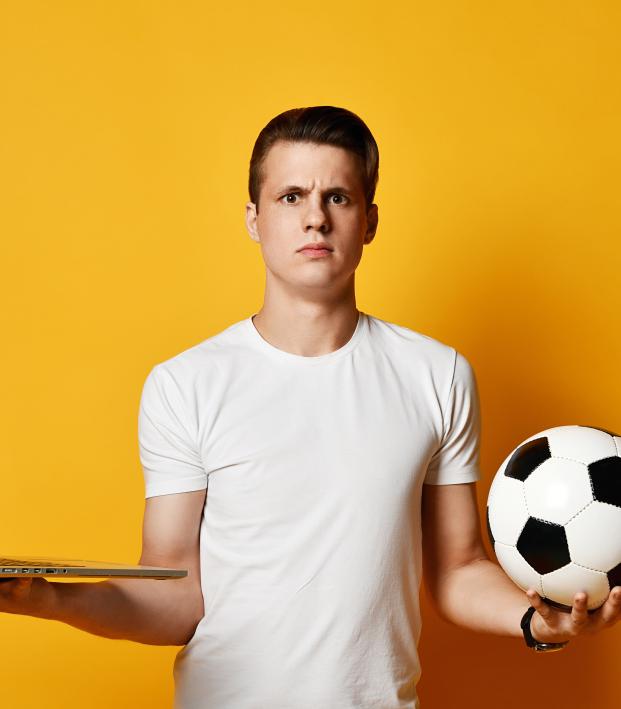 Editor's Note: For an updated list of the best soccer streaming services, read our 2020-2021 guide here.

Ahead of the 2019-20 season, there is a growing number of options to watch soccer in the United States, many of which are following the trend of being streaming-only services. It seems like any broadcaster that buys soccer TV rights these days has a streaming service to go with it, whether or not that actually helps the viewer.

So which is the best soccer streaming service and which are worth the money? Let’s break it down one by one. Building on last year’s soccer subscription service guide, we’ll score each major service based on what it provides, what it costs, how good of a value it is and whether it’s worth getting to help you get the most of your money and pick the best soccer streaming experience possible.

That all changed two years ago when NBC decided to make a little more money with the introduction of the NBC Sports Gold Premier League Pass for $49.99 per season, requiring anyone who wants to watch matches not shown on TV to pay up. This season it’s even worse, with two tiers of streaming services.

The first package is the “Premier League MatchDay Pass” for $39.99 per season. This is similar to last year’s “Premier League Pass” that offered 140 matches, but this version doesn’t include full-match replays, pausing or rewinding and has no pregame or postgame coverage. You can only watch live events as they happen, and only the ones not on TV.

The second package is the new “Premier League Pass,” which includes a disheartening 30 percent price increase at $64.99 per season. This pass offers the same 140 matches as the “MatchDay Pass,” but with full replays available on demand four hours after the match ends. This pass also includes full match replays of all televised matches but only available after 9 p.m. ET the day of the game, which is almost useless, unless you’re an accountant who watches old games while at work. There’s some Sky Sports content added in as well, but I doubt many will bother with it.

NBC promises each club will have at least four matches that are not on broadcast TV and only available on its streaming service.

NBC Sports Gold’s passes are really only worth getting if you are a diehard Premier League fan or a big fan of one of the clubs outside of the top six. Most matches for the biggest clubs — Man City, Liverpool, Chelsea, Tottenham, Arsenal and Man United — will be on TV, and it’s not worth paying $40 or more to see a handful of games. That said, there is no other way to watch these other Premier League matches legally in the U.S.

B/R Live was an unwelcome addition to the soccer subscription landscape last season. The brand-new service was rolled out to coincide with TNT obtaining the U.S. TV rights to the Champions League and Europa League.

The soccer streaming service provides live and on-demand coverage of Europe’s two premier club competitions, which is nice as it isn’t affected by what is shown on TV like NBC Sports Gold subscriptions. However, it’s much more expensive.

The service itself works fine enough, but it’s frustrating TNT often chooses to not show the best match on a given Champions League match day because it wants people to instead pay for B/R Live.

B/R Live is also the only way to watch the Europa League legally in English in the U.S. Aside from Arsenal and Manchester United fans, there aren’t likely to be many people willing to shell out $10 per month just to watch the Thursday matches.

B/R Live is one of the more expensive offerings on this list for what you get. There will be many Champions League days when you want to watch a match that TNT doesn’t show, the question is whether you want to reward Turner Sports for such predatory practices.

If you’re a diehard fan of a team in the Europa League, you almost have to get B/R Live (unless you want to watch in Spanish, which we highly suggest). Otherwise, unless you want to pay $10 per month for a handful of games, we can’t recommend B/R Live and suggest watching whatever is on TNT.

ESPN+ launched in 2018 and has continued to add to its soccer lineup. Admittedly, we’ve been disappointed by ESPN choosing to restrict its ESPN FC studio show to ESPN+ and the broadcaster’s insistence on rarely showing the best Serie A match on broadcast TV. Plus, it’s not uncommon for matches to start with no commentary for 15-20 minutes. But the truth is few soccer subscription services can match the amount of content ESPN+ has to offer. It really has more than you think, and then some.

ESPN+ has a bit of something for everyone. From almost all Serie A, MLS, FA Cup, Carabao Cup and Community Shield matches to every USL Championship game and a smattering of other leagues, if you’re a soccer fan you’ll find something you like. ESPN+ also had the 2019 Copa América and international matches, including the UEFA Nations League. There are also documentary series available to stream.

ESPN+ will also be available in a bundle with Hulu and Disney+ for $12.99 per month starting in November 2019, a price competitive with the other top streaming services such as Netflix and Amazon Prime Video.

Yes, if you like to watch soccer. This is probably the best soccer streaming service available in terms of quantity, quality and value. If you’re going to get any soccer subscription outside of basic cable, this is the one.

Fox Soccer Match Pass bragged over 1,000 matches were available on its streaming service for the 2018-19 season, but honestly it’s one of the worst soccer subscriptions available.

Fox Soccer Match Pass allows streaming of all 306 Bundesliga matches and select 2. Bundesliga matches, plus some MLS matches. Internationally, you can get FIFA international competitions, but there’s no World Cup this season, men’s or women’s, so you’re left with select youth competitions. It also includes some USMNT, Mexico and England friendlies plus Concacaf World Cup qualifiers.

It’s not necessarily a bad offering, especially if you love the Bundesliga, but at $20 per month, it’s the most expensive soccer streaming service on this list.

To be blunt: no. Even if you’re a huge Bundesliga fan, you can watch the best matches from Germany with a basic cable subscription on FOX, FS1 and FS2. Most of the international matches available will all be on basic cable as well.

The only reason to get Fox Soccer Match Pass is if you’ve got a lot of disposable income and you can’t get enough German soccer.

FuboTV started out as one of the best soccer streaming service subscriptions around but it has evolved into something even better for cord cutters. Essentially, fuboTV provides a basic cable subscription and then some, offering what it claims is the most streaming soccer matches anywhere.

With fuboTV you get access to the best LaLiga, Premier League, Champions League, Liga MX and MLS matches, though not all of them. You can also pay for add-ons like International Sports Plus for even more soccer coverage. Because the service includes beIN SPORTS, you also get beIN SPORTS Connect, the Qatari broadcaster’s streaming service, which basically just has everything on beIN SPORTS but online and is free for anyone with a subscription to the channel.

Even better, fuboTV has a large catalogue of basic cable channels and even local broadcast channels in some areas, challenging cord-cutting offerings like Hulu Live TV, PlayStation Vue and YouTube TV.

The biggest downside to fuboTV is the lack of access to ESPN, but considering ESPN+ shows far more soccer than ESPN channels, you could probably get by with fuboTV and ESPN+. Also, fuboTV recently raised its price.

While it’s not cheap, fuboTV is the perfect option for the soccer fan who wants to cut from a basic cable TV subscription. For the price of most cable TV services, you get almost all the soccer you could ever want. Plus, it’s the only way to watch the Europa League in the U.S. without giving Turner Sports more money (although it’ll be in Spanish).

Fanatiz is fairly new to the scene, having launched in 2017, but it’s got some great offerings for fans of South American soccer.

With the Copa Libertadores and Copa Sudamericana, Fanatiz is probably the easiest way to watch CONMEBOL’s top club competitions in the U.S. Plus, with access to beIN SPORTS, you’ve got LaLiga, Ligue 1 and Liga Nos coverage too.

It’s not the cheapest of soccer services, but considering how hard it can be to find coverage of some of these leagues, it’s not too bad.

If you’re a big fan of South American club soccer, you absolutely should subscribe to Fanatiz. The Copa Libertadores is one of the greatest club competitions in the world and that alone almost makes it worth the price of admission. However, depending on your interest in these competitions, you might be better off subscribing to something like fuboTV, which includes beIN SPORTS.

This is only vaguely a soccer streaming service. It’s got some documentaries and original series, but the primary soccer content comes from Planet Fútbol, which really doesn’t seem worthwhile.

No, unless someone can explain to me what the point of this whole thing is.

There are more soccer streaming services out there that we didn’t touch on, including the nefarious use of illegal streams, which we can’t condone but also understand is a huge part of soccer culture these days.

So which is the best soccer streaming service and which ones should you pay for?

We think ESPN+ is the best value and fuboTV is the overall best soccer streaming service, so a combination of the two is ideal for soccer fans.

A basic cable subscription should probably be your first choice though, whether that’s through fuboTV, another cord-cutting subscription or your local cable company, the latter of which is probably the most expensive. After that, we’d suggest going with ESPN+ followed by, in order, B/R Live, Fanatiz and NBC Sports Gold. We can’t really recommend Fox Soccer Match Pass or SI TV unless you’re a true diehard with cash burning a hole in your pocket. 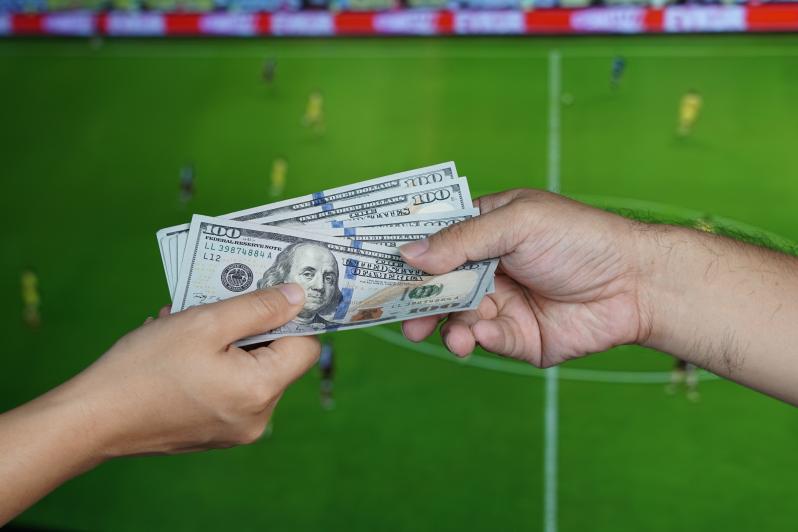