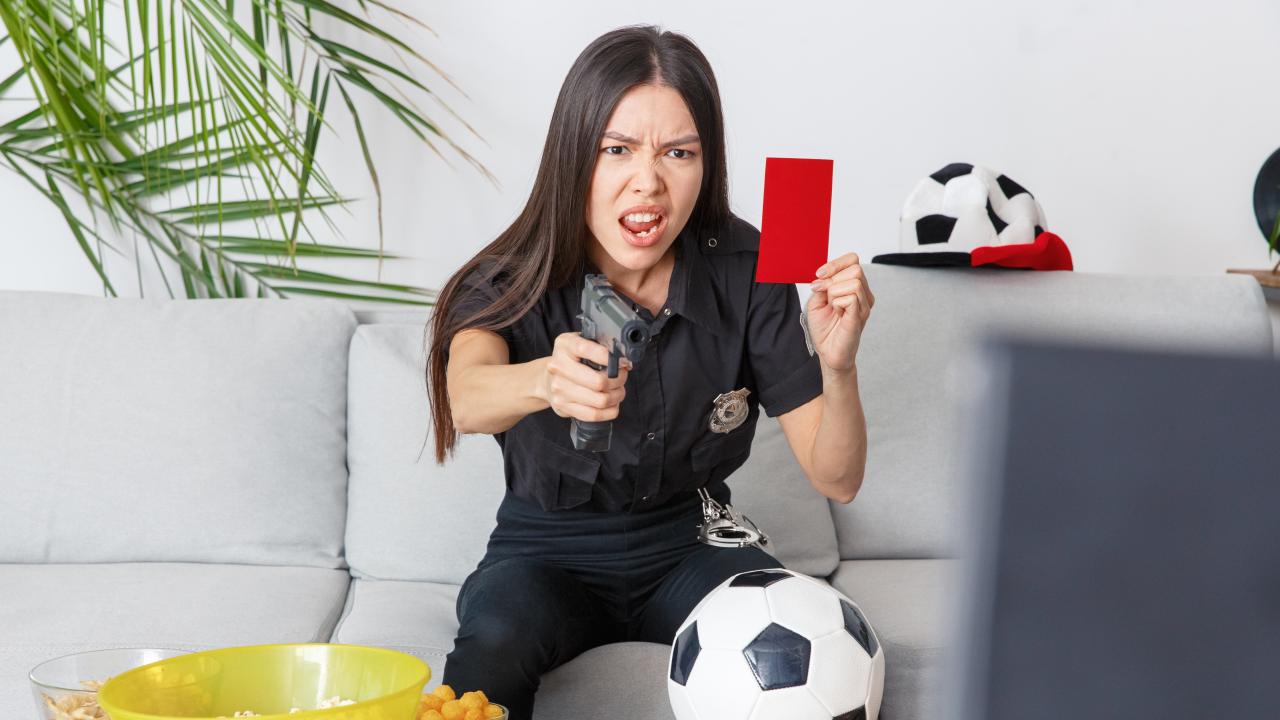 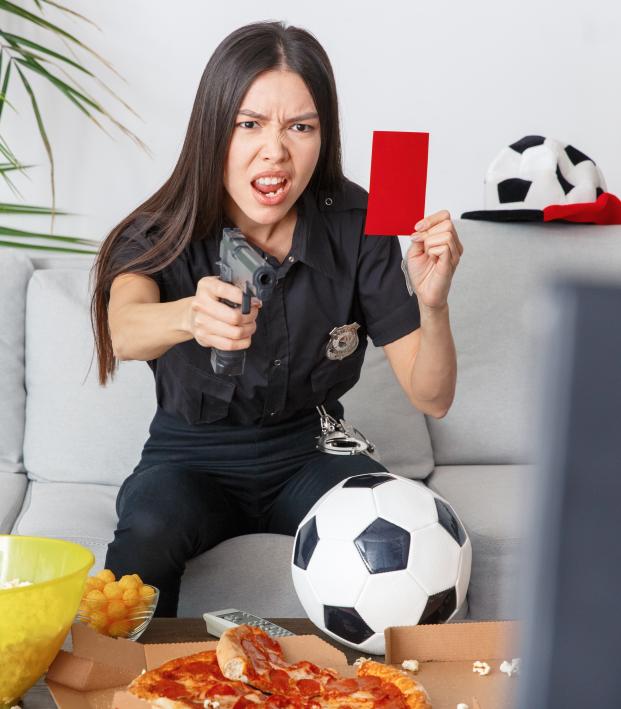 Travis Yoesting August 15, 2018
Those on a budget have to ask, do I want Netflix or soccer?

The cost of watching soccer in the U.S. keeps rising. ESPN announced it would make ESPN+ the exclusive home of the FA Cup in the U.S. on Wednesday, adding to the growing list of soccer subscription services fans must pay for in order to watch soccer, most of which used to come with a basic cable subscription.

In the era of DVRs, Netflix, Twitch and YouTube, traditional TV has become increasingly difficult to monetize. For this reason, many TV companies have created their own versions of Netflix, subscription services exclusive to their content such as HBO Go/Now and CBS All Access.

This of course has spilled over into the sports world. NBC used to offer every Premier League match not televised for free online to cable subscribers before it introduced NBC Sports Gold, a service for which fans must pay extra.

Now everyone is joining in on the game of nickel and diming Americans with more soccer subscription services. If only the recent tax cuts actually affected average Americans so we could afford all these new subscriptions.

Here’s a brief overview of each of the major soccer subscription services U.S. fans must pay for to watch soccer.

(Note: We're going to ignore Fox Soccer Match Pass for now. At $19.99 per month and $139.99 per year for some extra Bundesliga action and Copa Libertadores, this is a last resort option for only the biggest and wealthiest of soccer fanatics. At least until Fox gets more rights after losing UCL/Europa League.)

So, to add that all up, if you want to pay for these four streaming services it will cost you $239.85 per year. If you also want to watch movies on Netflix and Hulu, add another $20. Add in the basic cable subscription to watch the rest of the content, and you’re well over $300 per year. That’s a lot of money.

So, what soccer subscription services are worth getting and what can be cast aside?

For starters, if you’re a sports fan of any kind, you’re going to want a basic cable subscription. These will likely cost at least $40 and anywhere up to $100, depending upon where you live and what channels you want.

The best choice if you just want to watch soccer is probably fuboTV, which offers some of the more obscure soccer channels like beIN SPORTS for LaLiga and Ligue 1. Other cord-cutting options like Hulu Live TV and PlayStation Vue are also cheaper than your traditional cable subscription.

A basic cable subscription will give you access to a majority of the major Premier League matches, weekly Champions League matches, a good amount of Bundesliga and plenty of Major League Soccer. Plus, you won’t miss out on major international matches, particularly those including the U.S. Men’s National Team. And there's no better way to watch other American sports such as basketball, baseball and American football.

After that the choice gets tricky, with one exception: SI TV is an easy service to cast out. While the Planet Fútbol content is probably decent thanks to Grant Wahl (we haven’t bothered paying for it because it doesn’t seem worth the investment at all), most of the content does not focus on soccer. SI TV is a pure luxury — if you’ve got a lot of extra cash and a lot of extra time to watch documentaries and old sports movies, go for it. Otherwise, you can leave that one out, because there isn't much in way of live events.

The next choice of services is based on personal preference. Are you a huge Premier League fanatic for a team outside the top six? Are you a Cristiano Ronaldo fanboy? Are you a Champions League snob or Major League Soccer advocate? Are you stuck watching Arsenal in the Europa League?

If you root for a Premier League club that isn’t Manchester City, Manchester United, Chelsea, Liverpool, Arsenal or Tottenham, you probably want to pay the $49.99 for the NBC Sports Gold pass. This will allow you to watch every Premier League match that isn’t on NBCSN or NBC (or occasionally some other NBC sister channels like CNBC and MSNBC).

Unfortunately, $50 is a lot to pay for content that was initially offered to us by NBC for free. It’s completely understandable to forgo this service and just watch the matches on TV, which are typically the best matches every week anyway.

If you are obsessed with either Ronaldo’s sexy abs or Jordan Morris’ sexy abs, you probably want to invest in ESPN+. While ESPN and Fox will show a couple MLS games per week, most MLS action is on ESPN+. Also, ESPN recently inked a deal with Serie A to show about nine matches per week on the service (in addition to one on ESPN or ESPN2 each week). Add in studio show ESPN FC, the aforementioned FA Cup, USL and other leagues like Australia’s A-League, Chinese Super League and Dutch Eredivisie, and ESPN+ offers a solid lineup.

What makes ESPN+ most appealing is the price — at $5 per month or $50 per year, it is the most affordable of all soccer subscription services, basic cable included. If you’re only interested in the Premier League, you might not care, but the FA Cup includes mostly Premier League clubs, so there’s really something for everyone.

After ESPN+ comes Bleacher Report Live, Turner Sports’ invention to bleed you dry. Taking over the Champions League and Europa League from Fox, Turner created the B/R Live subscription service primarily for these UEFA competitions. While about two to four matches per week will be on TNT (available with basic cable subscriptions), most UCL matches and all Europa League matches except for the final will be on B/R Live.

At $10 per month or $80 for a year, B/R Live is by far the most expensive soccer subscription service on this list, and isn’t even bolstered by much additional non-sports content like ESPN+ is. That said, the Champions League is the pinnacle of club football and Arsenal and Chelsea fans have no other options for the Europa League.

However, with a decent amount of matches on TNT, unless you have a specific club you want to watch, it might be best to just forgo this obscene added fee and watch whatever game Turner Sports decides to give the masses. Hopefully they pick matches better than Fox.

Of course, everyone is unique with different priorities and disposable income. Those who have the means and care only for soccer will want to subscribe to all services. Others may be able to get by with a basic cable subscription. And more still will likely pay for none of these services, instead opting for more nefarious routes with illegal streams.

Just a couple years ago we were in a golden age of soccer in the U.S. NBC offered every Premier League match with a basic cable subscription, Fox broadcast countless FA Cup, Bundesliga, Champions League and Europa League matches and ESPN filled in with MLS, international matches and more — all with the price of basic cable.

Those days are over now. And we soccer fans all need a raise.

If you want to watch soccer legally in the U.S., you’ll have to shell out some money. Go for a basic subscription service first, then add in order as you can afford: ESPN+, B/R Live, NBC Sports Gold and SI TV.