Travis Yoesting January 28, 2018
Jordan Morris had his shirt ripped in the biggest piece of action for the U.S. men (and women).

The U.S. Men’s National Team opened the 2018 season with a friendly against Bosnia and Herzegovina, a pair of teams who failed to qualify for the 2018 World Cup. The USMNT vs Bosnia match itself was a relatively drab 0-0 draw, but with about 15 minutes left U.S. forward Jordan Morris had his shirt ripped, by far the highlight of the match.

Morris, the Seattle Sounders product, was involved in a tussle on the left sideline when his shirt tore just enough to bare his smooth abdomen, which the cameras didn’t shy away from showing.

Unfortunately, in the time it takes to say Bosnia and Herzegovina, Morris was given a replacement jersey and continued to play without giving fans the joy of admiring his partially exposed chest.

The U.S. was playing for just the second time since failing to qualify for the World Cup in October. The other match was a 1-1 draw against Portugal in November. The USMNT vs Bosnia match was the culmination of a January camp that saw a number of young and new players enter the fold for the U.S.

Bosnia, meanwhile, will stay in the U.S. and play against Mexico on Wednesday in San Antonio. Most of the Bosnian players were from the country’s domestic league, which is still on winter break. 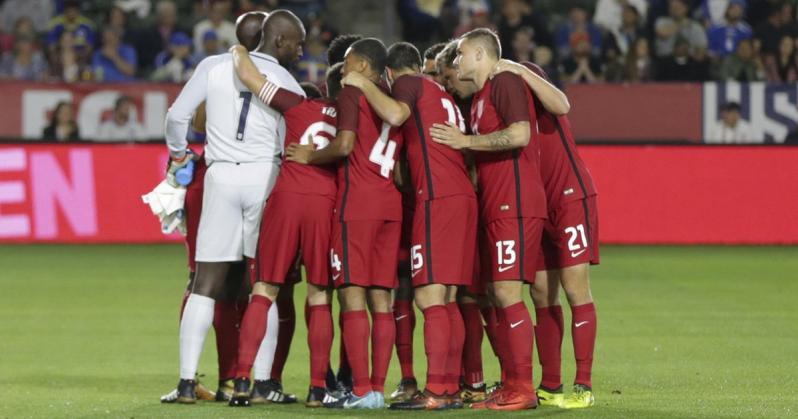 The biggest piece of action in the first half came when U.S. goalkeeper Bill Hamid made a bad pass to give Bosnia an opportunity. Hamid, however, came up with a clutch save to keep the match scoreless going into halftime. It was his last contribution as he was substituted for Zack Steffen at halftime.

Bosnia and Herzegovina with the first true chance of the game late in the half, but Bill Hamid makes a big stop.

Bosnia was gifted another opportunity with a penalty kick in the 53rd minute when the referee ignored a foul against the U.S. moments before U.S. center back Walker Zimmerman committed a foul in the box, which was called. Haris Medunjanin, the Bosnian captain and a Philadelphia Union midfielder, struck the penalty kick off the right post and the match remained scoreless.

Both teams had a couple half chances but neither could find a winner as the match finished 0-0, leaving Morris’ bare abs as the best moment for both teams and fans everywhere.