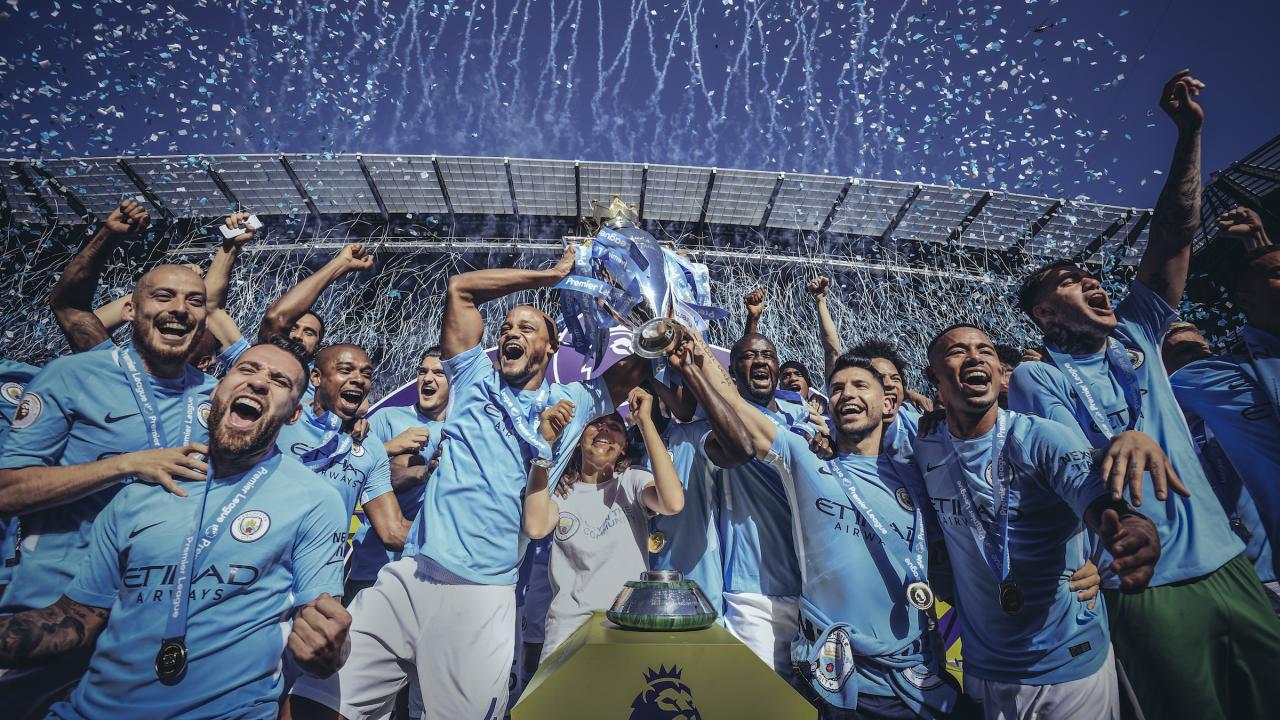 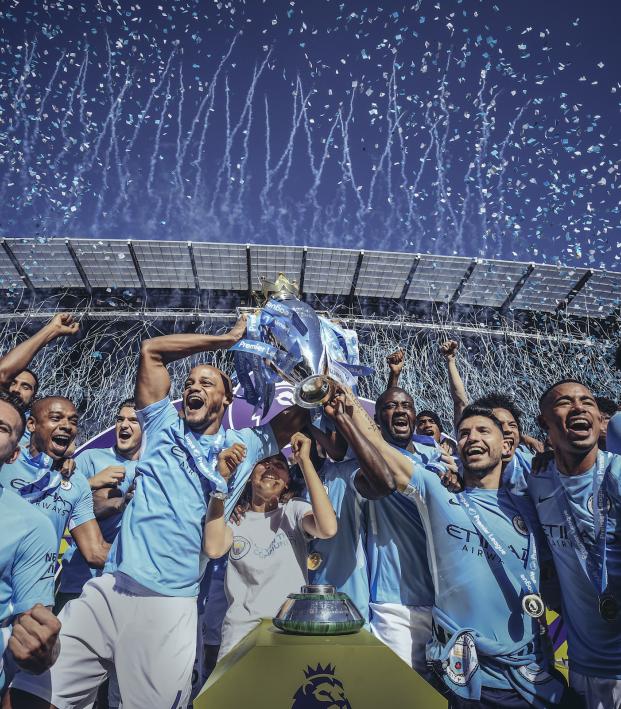 Every year there’s a new twist on how to watch Premier League matches. This year, unfortunately, it’s another nightmarish twist, like something out of a damn M. Night Shyamalan movie.

NBC has provided superlative coverage of the Premier League since obtaining the U.S. TV rights in 2013. Arlo White and Rebecca Lowe have been welcome additions to living rooms across the U.S. Alongside the likes of Kyle Martino, Robbie Earle and Robbie Mustoe, among others, few can match the quality of coverage NBC provides on its range of networks.

But even as NBC creates a stellar product on TV, the corporate side is growing in greed, just like at ESPN, TNT and Fox.

In terms of broadcast TV, nothing has changed for the Premier League this season. NBC has the rights in English and Spanish. In English, most matches will be on NBCSN, with usually one per week on NBC and the occasional match on CNBC or MSNBC. In Spanish, matches will be on Universo and Telemundo.

NBC owns the Premier League TV rights in the U.S. through the 2021-22 season. A typical schedule looks like this each week, but can vary:

While watching the English Premier League in the U.S. is still easier than watching in England, NBC keeps making things worse for fans on this side of the pond. NBC offers every single match to viewers, something not possible in England. But NBC has increased the price of admission over the last few years.

Initially, NBC offered every match that wasn’t televised for free to cable subscribers via its streaming service; it was great. Two years ago, NBC decided it wanted more money and put everything that wasn’t on cable behind a paywall with its NBC Sports Gold service. This year it’s getting even worse, with NBC splitting its streaming services into two packages.

The first package is a "Premier League MatchDay Pass" for $39.99 per season. This is similar to last year’s NBC Sports Gold Premier League Pass that was $49.99 and offered 140 matches, but this version doesn’t include full-match replays (only live events as they happen), pausing or rewinding and has no pregame or postgame coverage.

The second package is the new "Premier League Pass," which includes a disheartening 30 percent price increase at $64.99 per season. This pass offers the same 140 matches as the MatchDay Pass but with full replays available on demand four hours after the match ends. This pass also includes full match replays of all televised matches but only available after 9 p.m. ET the day of the game. There’s some Sky Sports content added in as well, but I doubt many will bother with it.

Essentially, NBC grew the popularity of the Premier League by offering free streaming content and has since then continued to jack up the price of the content that used to be free while offering few additions.

In the end, as always, the only ones who get the best product are those who have the most money. 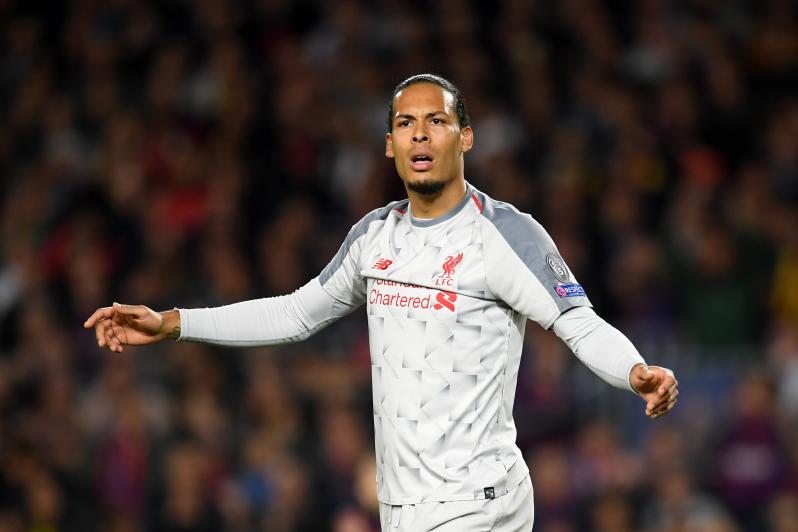 You want us to pay how much to watch replays at 9 p.m.?

Really though, we shouldn’t be surprised. With sports being one of the best ways to make money in TV these days, every provider is trying to nickel and dime its consumers. Turner Sports has been ruthless with forcing fans to pay to watch the Champions League despite its subpar coverage and even ESPN insulted Serie A fans with its choice of matches shown last season.

Meanwhile, the FA Cup, League Cup and Community Shield will be on ESPN+ and not NBC. Fans will have to shell out $4.99 per month (or $49.99 per year) to subscribe to ESPN+, though given the amount of soccer available on ESPN+, it's not a bad deal.

If you want to watch other leagues aside from the Premier League, check out our complete guide here, including how to watch the Champions League in 2019-20.

Or, if you’re feeling lazy, just read on.

For the second straight year, those of you asking us “How to watch the Champions League” in the U.S. will get the same answer: Turner Broadcasting bought the English-language Champions League rights before the 2018-19 season and it still has them.

The English-language TV schedule looks pretty much identical to last season, with B/R Live (an expensive subscription service) broadcasting the bulk of the matches:

In Spanish, Univision Deportes (now called TUDN) has the U.S. Champions League TV rights for a second straight year. Unlike Turner Sports, Univision is utilizing more of its broadcast channels (Univision, TUDN, UniMás and Galavisión) and will televise nearly three times as many matches as TNT. TUDN will also have streams available to subscribers at no extra cost (unlike B/R Live).

Both English and Spanish broadcasts will be available to stream for fuboTV subscribers.

Last year, Turner came under fire for putting so many matches behind a paywall and for allowing Steve Nash anywhere near the broadcasts. It doesn’t look like things will change this season.

Capitalizing on some missteps from Turner Broadcasting, Univision’s Champions League coverage reached nearly 23 million viewers last season, the most-ever for a U.S. network. Univision Deportes accounted for 60 percent of the Champions League viewership in the U.S., the first time since 2013-14 that Spanish-language broadcasts had a larger share than English language.

That said, TNT still managed to perform better than Fox Sports, which says a lot about how bad Fox was. TNT increased the English-language audience by 54 percent from FOX, generating the largest viewership for a Champions League season in English ever.

The Champions League will be broadcast on TNT in English and Univision in Spanish.

The Europa League TV rights are owned by Turner Sports and Univision. Matches can be viewed in English on B/R Live and in Spanish on the Univision family of networks (mostly TUDN).

Arsenal and Manchester United fans eager to watch their teams on Thursdays will curse the B/R Live paywall yet again. Turner Sports will not broadcast any Europa League matches in English until the final on May 27.

This is another win for Univision, which will rake in the viewers on its Spanish-language broadcasts on TUDN, UniMás and Galavision. These channels are also available on fuboTV for those without a traditional cable subscription.

Once again, beIN SPORTS owns the U.S. TV rights to Spain’s LaLiga, though those rights will have to be renewed in 2020. BeIN SPORTS en Español has the Spanish-language rights.

The Qatari broadcaster does a good job with LaLiga and its other soccer entities, especially with Ray Hudson on the team. The challenge is finding a cable provider that carries the network. Your best bet is often fuboTV or Sling TV.

BeIN SPORTS usually features Barcelona and Real Madrid every week with a good smattering of the other top teams in the league, especially Atlético Madrid. A typical weekend schedule looks as followed, with the occasional mid-week match:

Fox, fresh off a successful Women’s World Cup, will try to keep soccer viewers on its channel with its lone European offering: the German Bundesliga. Fox shows matches on FS1, FS2 and, occasionally, FOX.

Streaming options for the Bundesliga include FOX Sports GO and FOX Soccer Match Pass, plus cord-cutting services like fuboTV. Fox has said it will broadcast 220 matches this season on FOX, FS1, FS2 and Fox Soccer Plus, all of which will be available on its app.

While Christian Pulisic is no longer in the Bundesliga, there are still plenty of young Americans plying their trade in Germany worth watching, including Tyler Adams, Weston McKennie and Josh Sargent.

Additionally, ESPN is the U.S. home for DFB-Pokal cup matches, with matches on ESPN3 and ESPN+.

U.S. TV rights to Italy’s Serie A belong to ESPN after a late swoop from the broadcasting giant last year. We had high hopes, but they were dashed.

ESPN again has the rights to Serie A this year and promises a similar schedule to last year. That is: One match per week on broadcast TV (anything ranging from ESPN and ESPN2 to ESPNEWS) and the remaining nine matches on ESPN+. We love ESPN+ for its affordability when compared to other soccer streaming options (it’s $5 per month or $50 per year), but ESPN hasn’t done a great job with its Serie A coverage.

Instead of ESPN showing the best match each week on one of its broadcast networks, it usually shows whatever is in the most convenient time slot, often a match few care about. So if you want to watch the best Serie A matches, you’ll have to pay for ESPN+ as you can’t trust ESPN to broadcast the games you actually want to watch.

BeIN SPORTS owns the U.S. TV rights (English and Spanish) to the French Ligue 1 through 2023-24. The network usually mixes in PSG’s matches along with Real Madrid and Barcelona coverage, with other Ligue 1 matches broadcast only when there aren’t any other LaLiga games going on.

If for some reason you want to watch Ligue 1 matches that don’t involve PSG, you probably want to utilize beIN Sports Connect, the network’s streaming option.

Like most American sports, Major League Soccer’s broadcast rights are split up among a number of entities ranking from Fox to Twitter. All matches not on national TV are available on ESPN+, assuming it’s not blacked out locally.

ESPN, Fox and Univision all broadcast about 34 matches per season. Univision usually has Friday matches (also available on Twitter) while ESPN and Fox usually broadcast on Sundays with the occasional Saturday match. You’ll have to check listings each week to find out what is on and where, or you can subscribe to our newsletter to have every weekend schedule sent directly to your inbox.

The question should be: Where can’t you watch Liga MX?

Liga MX, the most-watched soccer league in the U.S., has different TV rights for each club, so we won’t go into every single iteration. (Again, sign up for our newsletter for the easiest way to get each week’s schedule.) You can usually find a match or two on Friday night, three or four on Saturday and two or three on Sunday.

All USL Championship (the second tier in the U.S. pyramid) matches are shown on ESPN+.

All NWSL matches are streamed online by Yahoo Sports. During the 2019 Women’s World Cup, ESPN announced it would broadcast 14 matches for the remainder of the 2019 NWSL season.

Fox and ESPN share the duties for the USMNT in English. Univision has the Spanish-language rights. The same goes for the USWNT.

If your favorite British team was relegated or in a fight for promotion back into the Premier League, you can probably find it on ESPN+, which will carry three or four Championship matches per week. Unlike with Serie A, ESPN+ usually shows the best matchups each week.

Additionally, fans outside of the UK and Ireland can usually subscribe to the EFL’s paid subscription service to watch live and on-demand streams for their favorite team, but that won’t include matches shown on ESPN+.