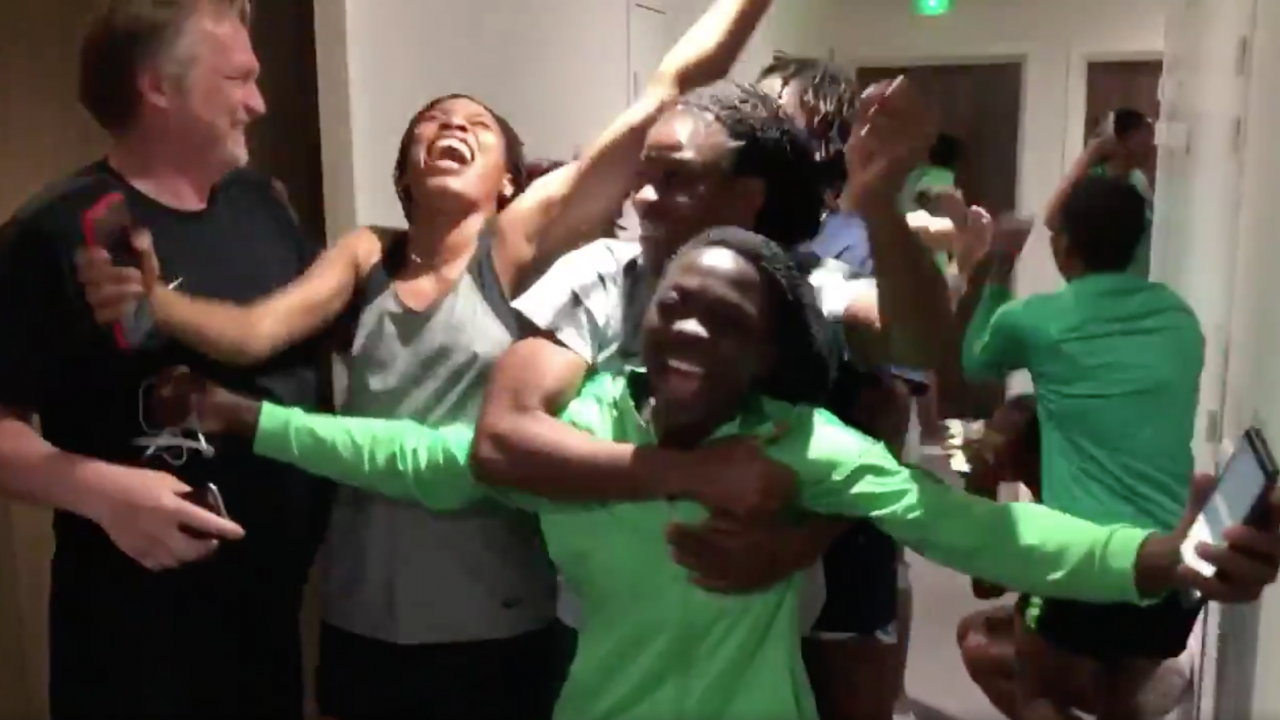 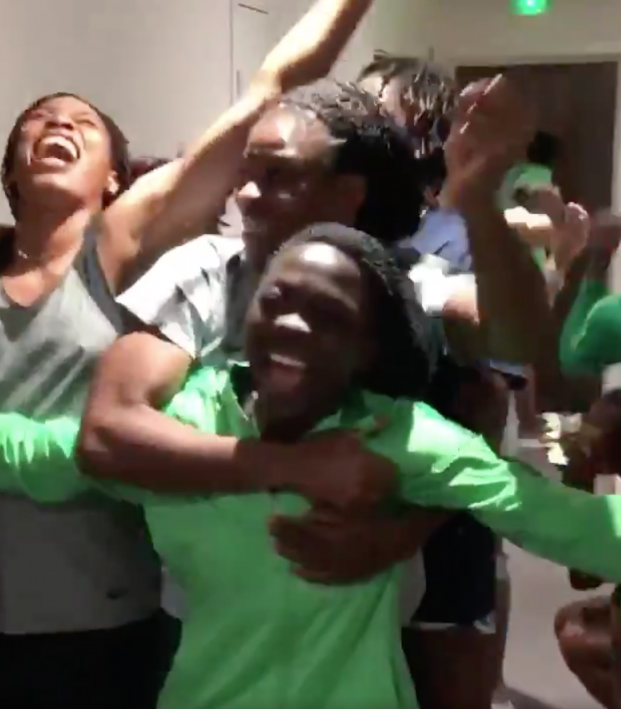 The dejection in the faces of the Chilean players was palpable. They finished a goal shy of qualifying for the Round of 16 despite scoring their country’s first-ever Women’s World Cup goal in a 2-0 win over Thailand on Thursday.

Had Francisca Lara’s 86th-minute penalty kick not caromed off the crossbar, Chile would have advanced as the fourth third-place team. Had Christiane Endler made one more incredible save, maybe they’d have gone through.

Instead, dejection, even from Chile’s Player of the Match, Maria Urrutia, after their first-ever Women’s World Cup win.

On the other side was ecstasy. Not from the Thailand players but from a hotel elsewhere in France.

The Super Falcons were going wild.

Nigeria, which hadn’t played since a controversial 1-0 loss to France on Monday, was left to nervously watch as all the other groups finished up.

The Super Falcons watched earlier Thursday as Cameroon leapfrogged them with a dramatic 2-1 win over New Zealand. They watched as Chile came closer and closer to knocking them out, knowing a 3-0 win would have seen the South Americans go through at the expense of Nigeria.

After the agony of waiting all week — and seven minutes of stoppage time — the final whistle blew. The Nigerian players exploded into a frenzy of emotions ranging from euphoric cheers to sobbing tears.

And of course it was all captured on video.

As bad as you feel for Chile (especially Lara, who missed the PK), you’ve gotta love the joy from the Nigerian players. You can see just how much this meant to every one of the players, whether they were screaming or crying. It may be my favorite moment of the tournament so far.

Sweetest of all, it kept a crappy VAR decision from sending Nigeria home early.

Nigeria’s reaction to qualifying capped an enthralling group stage. Every single team scored at least once (even Thailand, which finished with a minus-19 goal differential).

We had thrilling comebacks, as when Australia rallied from two down to beat Brazil or Argentina came from 3-0 down to draw Scotland. We had surprises, from Italy’s impressive showing to Argentina’s draw with Japan. We had record-setting performances, from Marta passing Miroslav Klose as the World Cup’s greatest goal scorer to the USWNT setting a World Cup record with 13 goals against Thailand and 18 in the group stage.

We, of course, had VAR controversy, but who fucking cares at this point. We’re just excited for the Round of 16 — especially with Nigeria participating.