USWNT Rolls To 3-0 Win, But Chile’s GK Steals The Show With String Of Impossible Saves 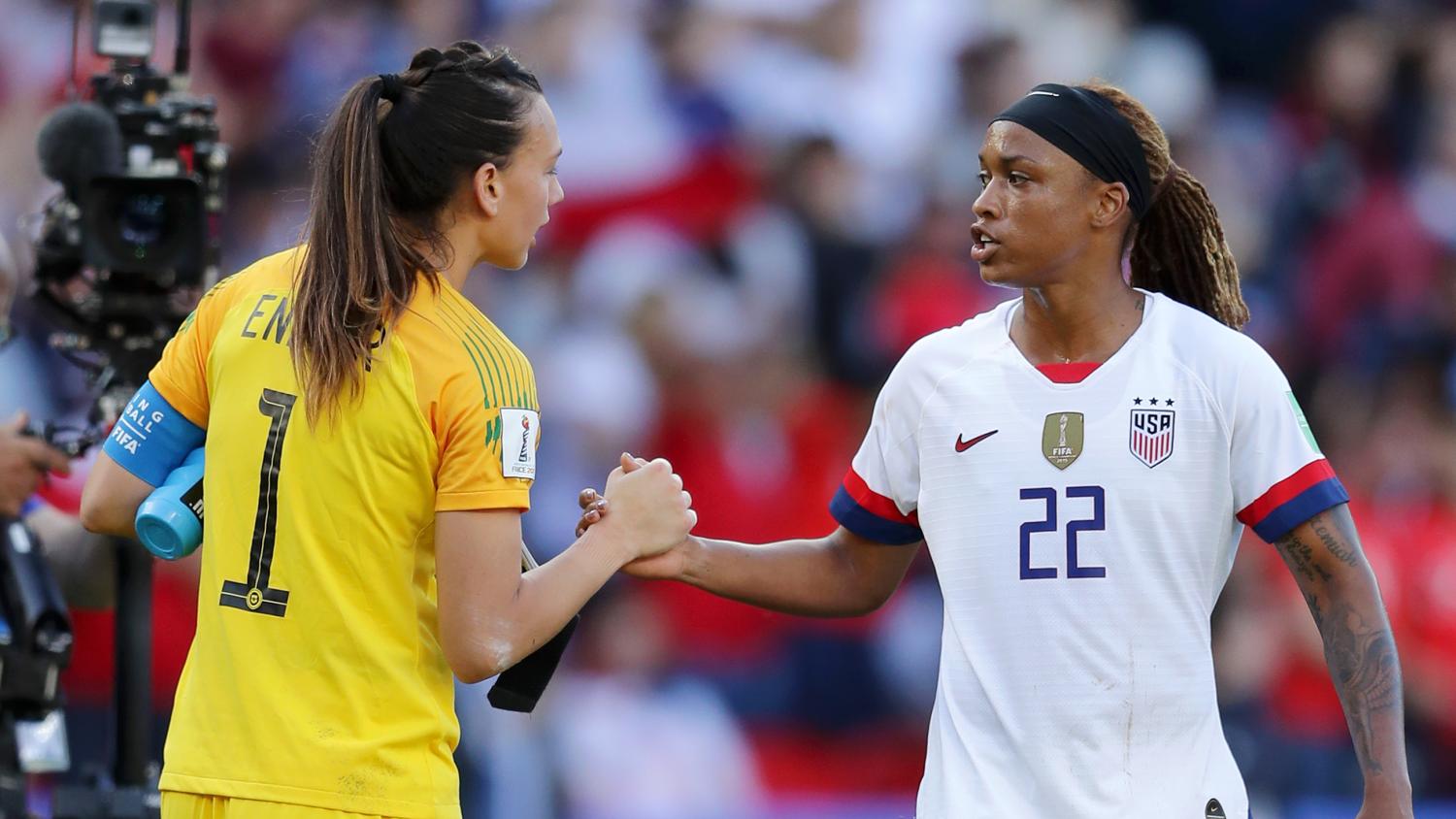 The U.S. could've scored nine or ten, but Christiane Endler played the match of her life.
Getty Images

The USWNT defeated Chile 3-0 on Sunday with all three goals coming in the first half. Coincidentally, that was the exact same score at halftime of the Thailand game before the U.S. added 10 more over the course of the second 45. The score could’ve certainly approached that today, but for Chile goalkeeper Christiane Endler.

The 27-year-old, who plays for PSG, certainly appeared comfortable at the Parc des Princes while pulling off a string of stunning saves to keep the USWNT at bay in front of 45,594 appreciative spectators.

And the praise wasn’t confined to Paris. Here’s what the inter web had to say about Endler’s game.

Christiane Endler, best GK in the world. I have spoken. #CHI

Christen Press is going to see Christiane Endler in her nightmares. #USWNT #FIFAWWC

Endler isn’t average...she is spectacular! Does anyone think she should be playing in front of a smaller goal? Thank you @TIANEendler for bringing such pride to the GK position! Keep your head up! https://t.co/mPN7Ips8SN

It would be 13-0 if not for this phenomenal Chilean keeper.

Pencilling in the Chilean Keeper for all tournament team. #USAvCHI

the goalie from chile is no fucking joke

Chile's down 3-0 but Christiane Endler is making a strong case for player of the match.

Chile's keeper Christiane Endler is putting on an absolute show.

It could easily be 6-0 right now. pic.twitter.com/IYivlvsAa6

A different class.
Huge fan of @TIANEendler! Much respect. #gkunion.
Making world class saves game after game. #beastmode
Take notes world.
I’m going crazy after each save as you all would expect, but this is another level. pic.twitter.com/2hCHex01Vh

In the end, the USWNT peppered her goal with 26 shots, nine of which landed on target. Endler made six saves and four of them were absolutely world-class. Meanwhile, her peer at the other end of the pitch, Alyssa Naeher, wasn’t required to make a save all game.

WHAT A SAVE! Lindsey Horan has goal No. 4 on her foot but Christiane Endler comes up with a kick save and a beauty. #FIFAWWC pic.twitter.com/0BREXwNgQ1

The Chile goalkeeper is standing on her head, this time robbing Christen Press. #FIFAWWC pic.twitter.com/xdmRTyIvc8

And she doesn’t get credited with a save on Carli Lloyd’s late penalty miss, but she guessed the correct way and probably had some influence on the wayward shot.

A header form Julie Ertz in the 26th…

And a header from Lloyd in the 35th…

The victory sends the USWNT to the top of Group F on goal difference. The U.S. has a differential of +16, while Sweden’s stands at +6. Accordingly, the U.S. will win the group with a victory or draw when the two nations meet on Thursday, June 20, in Le Havre.