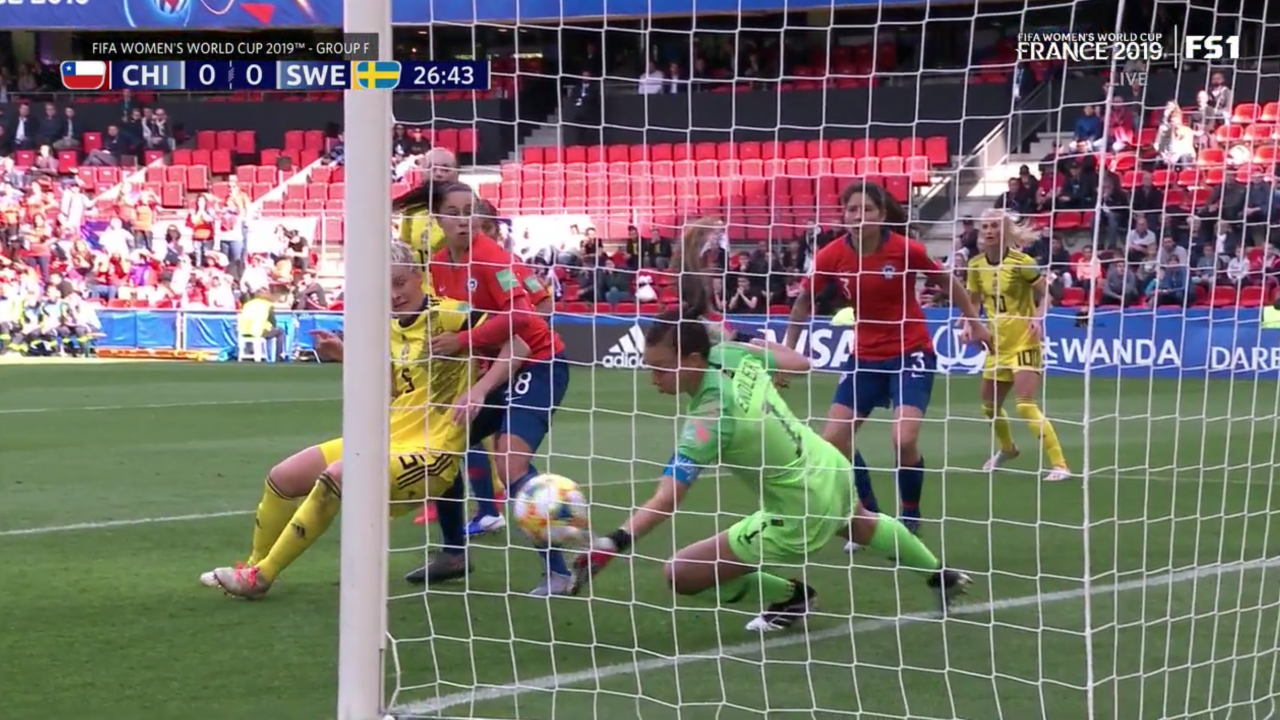 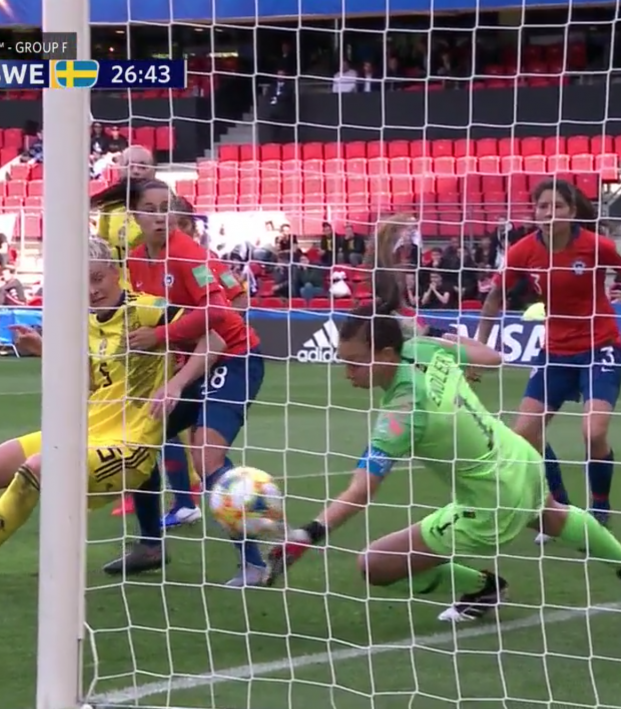 Last we saw Christiane Endler in the States, she was saving an Alex Morgan penalty, albeit in an eventual 4-0 loss to the USWNT back in September. On Tuesday, in Chile’s first-ever Women’s World Cup appearance, Endler made what has to go down as the best save of the tournament so far.

Sweden came into its match with Chile as the huge favorite. Everyone expects Sweden to finish second behind the USWNT and advance easily to the Round of 16 ahead of Chile and Thailand.

But nothing came easily for the 2003 Women’s World Cup runners-up on Tuesday.

Chile, despite having no World Cup experience, held Sweden at bay for the first half, thanks in large part to Christiane Endler.

Endler’s biggest save came 25 minutes in, when she was able to get down quickly to deny Sweden. Linda Sembrant had the first header for the Swedes before a late flick on from Nilla Fischer, but it wasn’t enough to get past Endler.

Christiane Endler was huge in the first half for Chile, coming up with three saves and a few big punched clearances to keep it scoreless at the break.

Chile will play the USWNT on June 16.