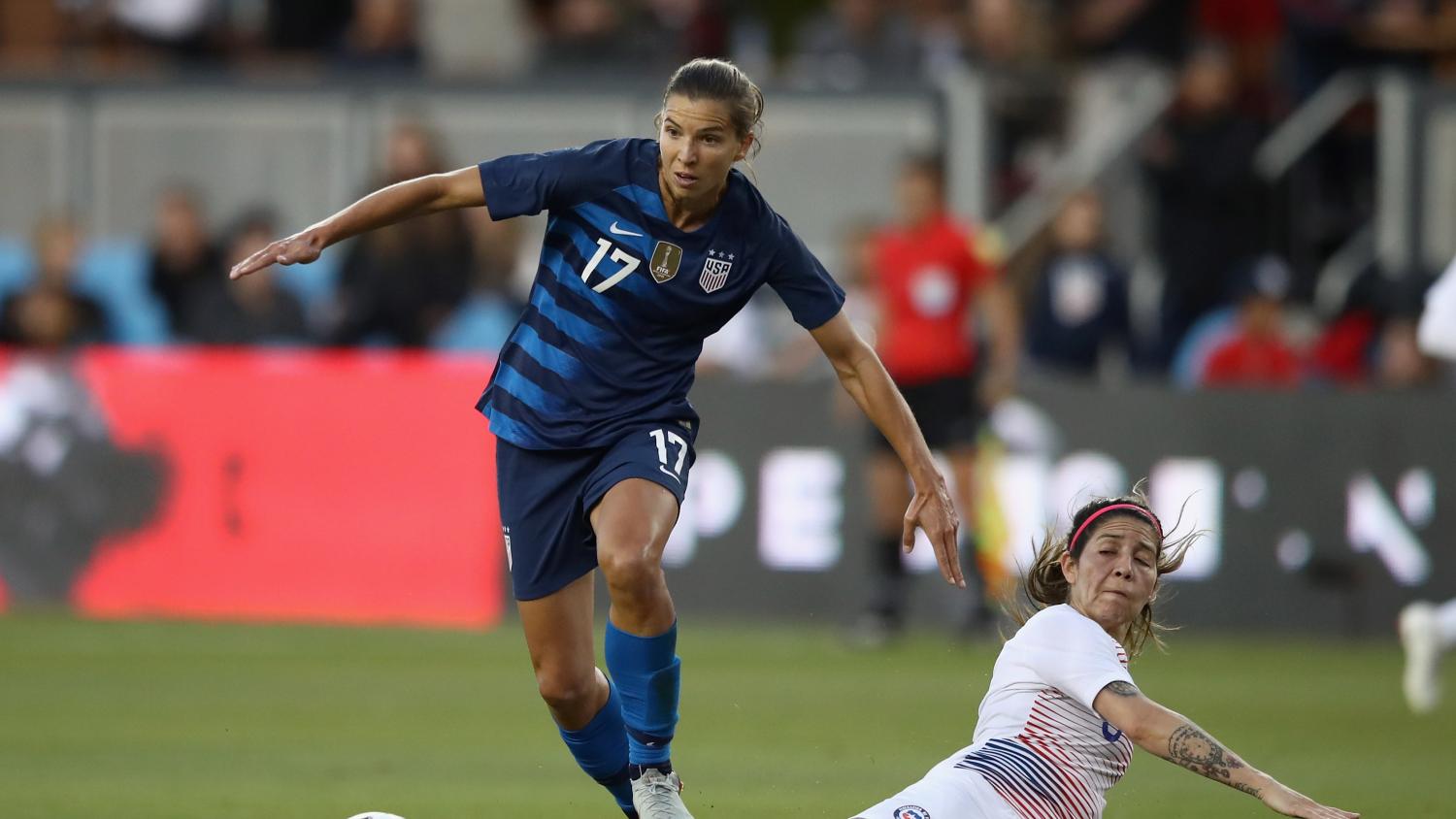 Everything you need to know about the USWNT vs. Chile Women’s World Cup Group F match.
Getty Images

The U.S. women’s national team’s attempt to win a second straight Women’s World Cup — and fourth overall — will include a second group-stage match against a now-familiar foe. So, when does USWNT play Chile and how can you watch the match?

Following the team’s Women’s World Cup opener against Thailand, the U.S. faces Chile in a second Group F match, which will be followed by a third and final group match against Chile.

When Does USWNT Play Chile At Women’s World Cup?

The USWNT vs. Chile match kicks off at noon ET on June 16 from Parc des Princes in Paris, France. The match is the second of the day following another Group F match between Sweden and Thailand at 9 a.m. For those of you too lazy to convert that kickoff to your time zone, that’s 11 a.m. Central, 10 a.m. Mountain and 9 a.m. on the West Coast.

The match will be broadcast by Fox in English and Telemundo in Spanish. Additionally, streaming options are available on FoxSportsGo.com and TelemundoDeportes.com.

For the full TV broadcast schedule, head over to our TV-watching guide here.

When Does USWNT Play Chile?

How To Watch USWNT vs. Chile

The U.S. and Chile are well acquainted after facing off twice in 2018, though they were the first two meetings between the two countries. The USWNT won both matches easily by scores of 3-0 and 4-0.

The first match was a real pain to watch, but for those who were able to see it, Tierna Davidson and Christen Press both scored for the U.S., which also was the beneficiary of an own goal. 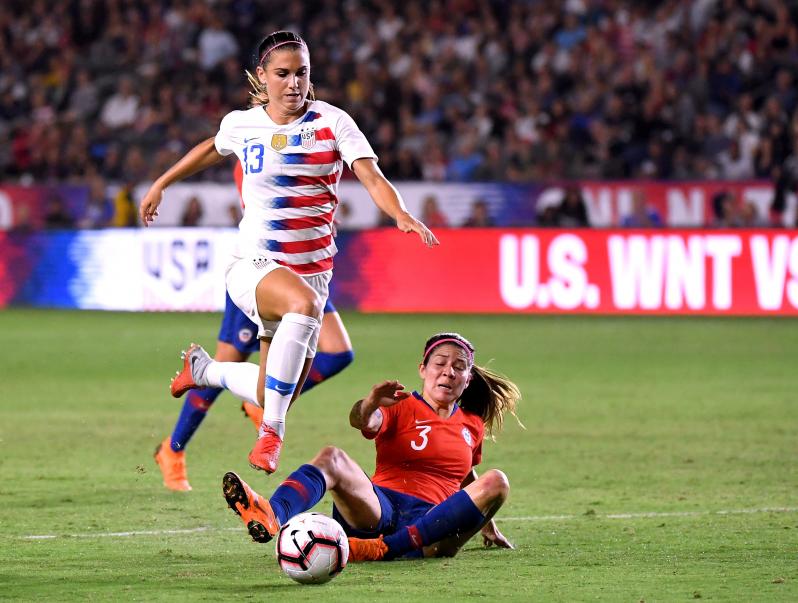 The second match was all about Tobin Heath, who terrorized the Chileans with a goal and two assists. Mal Pugh also scored and Carli Lloyd netted two in the second half as the USWNT concluded preparations for the Concacaf Women’s Championship with ease.

The U.S. will expect a tougher challenge than what it faced in those friendlies in California last fall, but Chile isn’t a squad expected to do much damage in France. Las Chicas de Rojo will be in their first ever Women’s World Cup, having qualified thanks to a runner-up finish at the 2018 Copa América Femenina, which Chile hosted.

Chile entered the Women’s World Cup on a 10-match winless streak, including a 7-0 loss to the Netherlands and two defeats to Jamaica. However, its last win did come against Australia, a top-10 team in the world, so the U.S. can’t take Chile lightly.

Chile didn’t enter the Women’s World Cup with much confidence on a 10-match winless streak and might just be happy to be in its first-ever tournament. The United States knows anything short of a championship is a failure.

Chile struggled to slow down the U.S. attack in their previous meetings in 2018 and will do everything it can to shore up its defense. However, the U.S. didn’t even need to hit full stride in its 3-0 and 4-0 wins in August and September last year.

Expect the U.S. to secure an easy win.