Travis Yoesting May 31, 2019
Everything you need to know about the USWNT vs. Thailand Women’s World Cup Group F match.

The United States women’s national team will be the last team to kick off its Women’s World Cup this summer in France. So, when does the USWNT start the World Cup, how can you watch and what should we expect?

The USWNT begins its quest to repeat as Women’s World Cup champion against Thailand, the final match of the first round of group-stage matches.

When Does USWNT Play Thailand?

The USWNT vs. Thailand Group F match will kick off at 3 p.m. ET on Tuesday, June 11. The match follows the Chile vs. Sweden match earlier in the day, which kicks off Group F play. Also on that day, New Zealand and the Netherlands face off in Group E. After playing Thailand, the U.S. will play Chile on June 16 and then Sweden on June 20.

The USWNT vs. Thailand match will be the first for the U.S. in Women’s World Cup play since crushing Japan 5-2 in the 2015 final. Ranked No. 1 in the world, the USWNT is the favorite heading into the tournament.

Thailand is not a favorite.

The Chaba Kaew are in their second ever Women’s World Cup after qualifying for the first time in 2015. Four years ago, Thailand suffered heavy 4-0 defeats to Norway and Germany, but did earn a respectable 3-2 win over Ivory Coast to finish third in Group B. However, Thailand was unable to overcome its deficit in goal differential and was unable to advance to the knockout rounds as one of the top four third-place finishers.

Thailand finished fourth at the AFC Women’s Asian Cup in 2018 to qualify for the Women’s World Cup but is unlikely to pose much of a threat to the USWNT.

The two teams have met once, in Ohio in 2016. The U.S. handed Thailand its largest defeat ever, 9-0. Carli Lloyd scored a hat trick that day while Alex Morgan added two goals. The U.S. led that match 3-0 after five minutes. 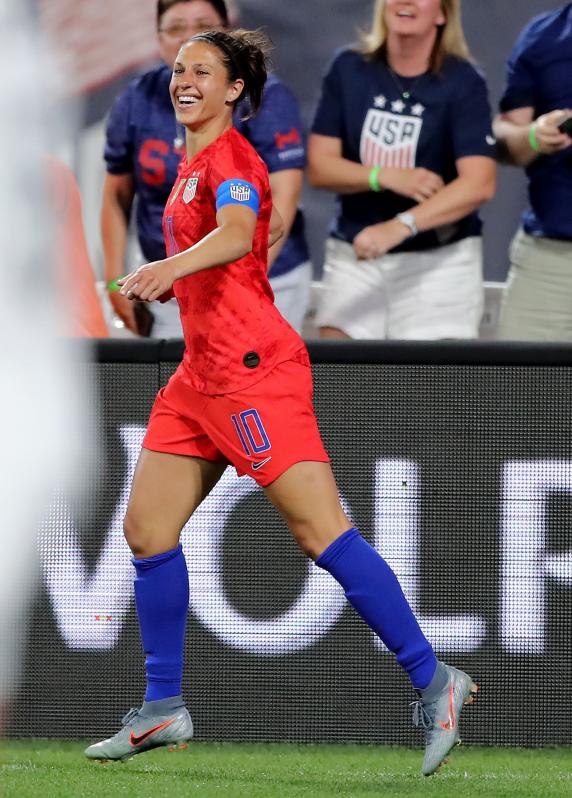 When Does USWNT Play Thailand?

How To Watch USWNT vs. Thailand?

Anything less than a big win from the USWNT would be a surprise. With the reigning champion the last team to kick off the Women’s World Cup, the payers will be eager to get out there and put on a show. Thailand will do its best to prevent an early onslaught as in their first meeting, but the U.S. will have more than enough firepower to overcome one of the lowest-ranked teams in the tournament.