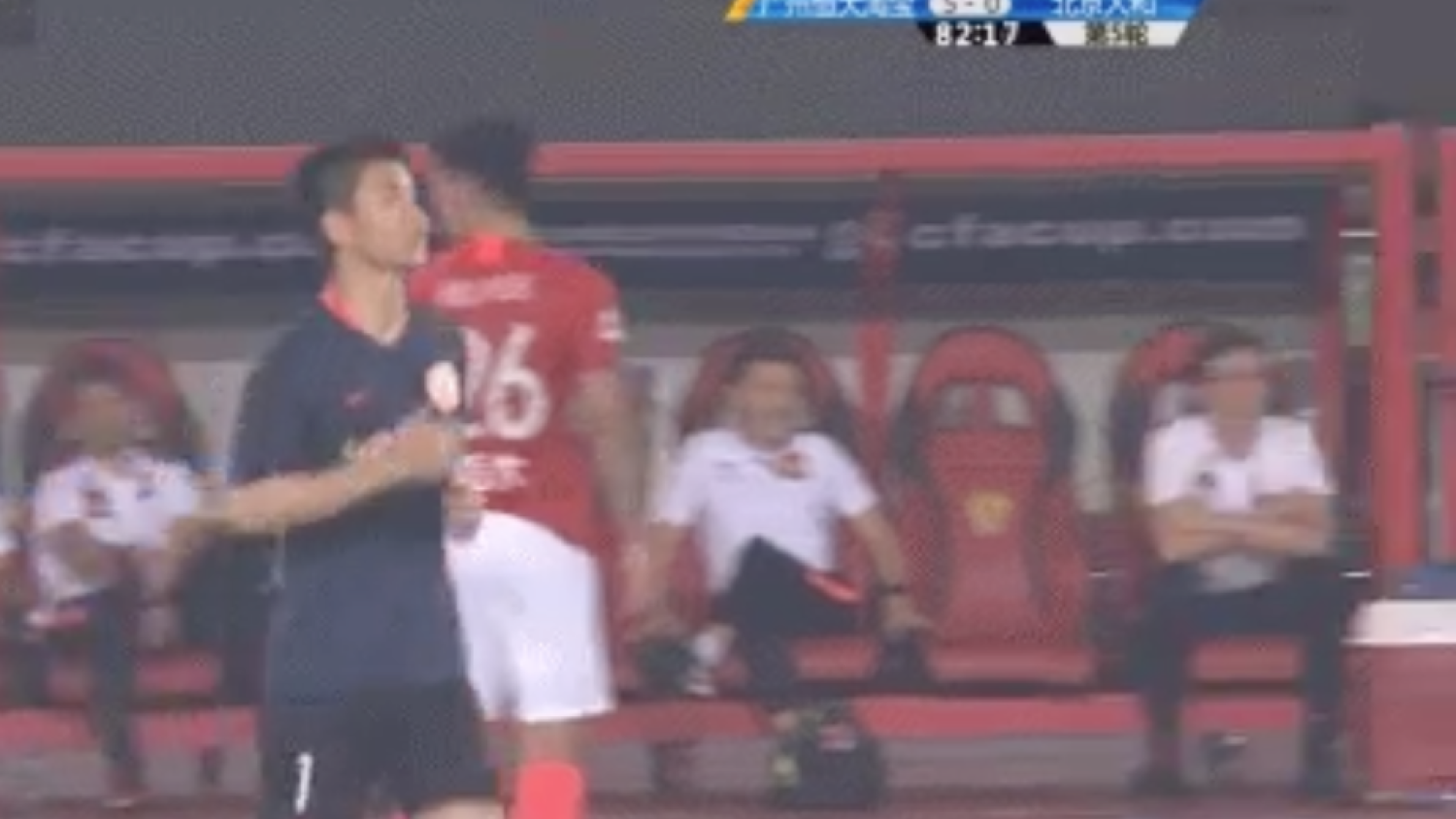 Beijing Renhe, in the top tier of Chinese soccer, made some questionable moves in a 5-0 loss to Guangzhou Evergrande.
@RoyTLuo | Twitter

Beijing Renhe fielded three goalkeepers in a Round of 16 match against Guangzhou Evergrande in the Chinese FA Cup on Wednesday.

To quickly answer the questions you’re all asking right now:

OK, now that that’s out of the way, on to the match.

Guangzhou Evergrande crushed Beijing Renhe 5-0 in the Chinese FA Cup thanks to a hat trick from Wei Shihao. Evergrande, coached by World Cup winner Fabio Cannavaro, didn’t even need to call on its Brazilian duo of Paulinho and Talisca to cruise to a win over the relegation-threatened, capital-city club.

But the match was oddly curious because of Renhe’s Serbian manager Aleksandar Stanojevic.

Before the match even began, he named just three substitutes to the bench instead of the seven allowed. Two of those subs were goalkeepers.

Starting in goal was Mou Pengfei, usually a backup. Club captain and goalkeeper Zhang Lie, who has started all 11 Chinese Super League matches this season, wasn’t named to the squad for the match.

In the 43rd minute, with Beijing Renhe already trailing 1-0, striker Sun Weizhe was injured. So, obviously, Stanojevic brought on back-up goalkeeper Liu Peng to replace him. Moments later, Evergrande made it 2-0.

In the 83rd minute, with Beijing Renhe down 5-0, Stanojevic used his final substitution, bringing on Li Chen, the club’s No. 1, for midfielder Zhang Yufeng.

This must be a new world record-Renhe just fielded its 3rd(!!) goalkeeper, the second one to play as a striker(!) in the 5th round of the Chinese FA Cup.
Mou Pengfei is the only goal keeper that protects its own goal,where Liu Peng and Li Chen are playing as strikers.
Thanks CFA pic.twitter.com/BxWytwEYNp

Of course, after the match many were wondering if there was something match-fixy going on with the substitutions. So far there is no evidence, but it does seem peculiar.

There could be a much simpler — and far more benign — reason for these odd lineup choices. With Beijing Renhe in a relegation scrap, perhaps Stanojevic felt it better to save his field players for the Chinese Super League. It’s not like the club had much of a chance to win the FA Cup, so why not rest his outfield players and let his goalkeepers stretch their legs?

Plus, if you’ve ever met a goalkeeper, you know every single one of them would love an opportunity like this.