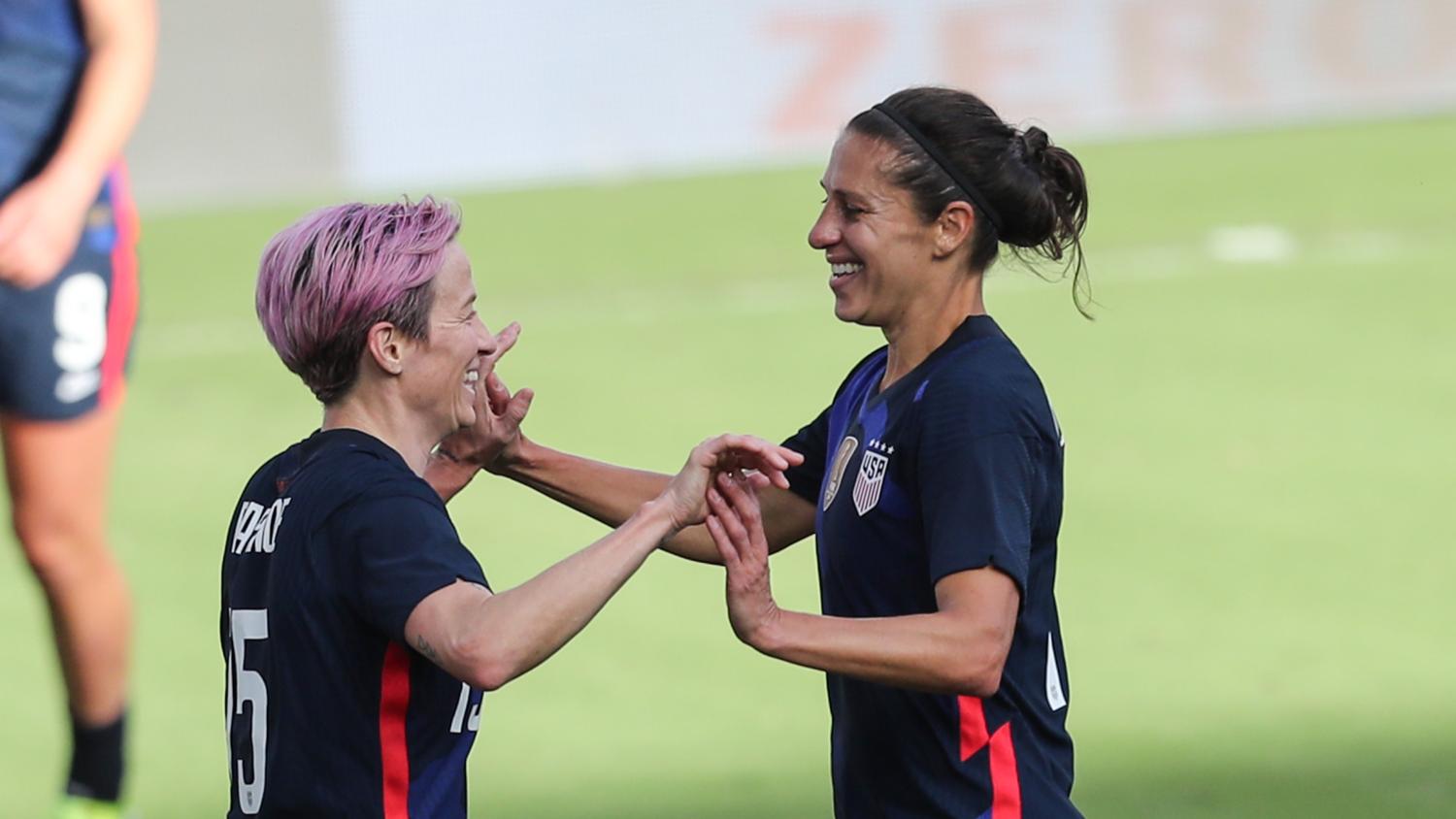 Here’s who Carli Lloyd will line up alongside for her final USWNT caps before she retires.
Getty Images

Carli Lloyd’s playing career is coming to an end. But first, two final farewell matches later this month against South Korea. On Wednesday, coach Vlatko Andonovski named his USWNT roster for the upcoming friendlies, which are little more than a chance to send Lloyd off in style.

Lloyd announced in August she will retire after the 2021 NWSL season, calling an end to an historic career.

The USWNT roster features 17 players who won a bronze medal at this summer’s Olympics, including the return of Megan Rapinoe, who missed the September friendlies with injury. Alyssa Naeher, Sam Mewis and Julie Ertz are also joining the USWNT camp, though they’re still rehabbing injuries and may not play. Opting out of the matches were Crystal Dunn and Christen Press, the latter of whom has taken a hiatus from the game for mental health reasons.

21 strong for our final home games of the year

The notable additions to the squad include Mal Pugh, Sophia Smith, Andi Sullivan and Emily Fox. Catarina Macario and Tobin Heath are the lone Europe-based players on the team.

The U.S. will play South Korea on Oct. 21 at Children’s Mercy Park in Kansas City, Kansas, a homecoming for keeper Adrianna Franch. Then the two teams will then travel north to play on Oct. 26 at Allianz Field in St. Paul, Minnesota. South Korea is currently No. 18 in the FIFA world rankings, so the matches should at least be more competitive for the No. 1-ranked team than the September friendlies against Paraguay.

These matches will come at a weird time for a variety of reasons. For starters, the NWSL is reaching its climax, with just a handful of games before the season’s end and the playoffs begin — there will be no international break for the league. More importantly, most of these players have been heavily involved in the ongoing disputes between the NWSLPA and the NWSL over years of abuse and mistreatment, highlighted by the sexual coercion allegations against Paul Riley. Once considered a potential USWNT coach, Riley has since been fired by the N.C. Courage, though he denies the allegations.

Andonovski noted the trying times his players are going through when he announced the USWNT roster.

“It’s been a stressful few weeks for the players and staff and the well-being of our players has and always will come first,” Andonovski said. “We always want to keep improving and evolving as a team, win every game we play and put on a good show for the fans, but during this camp we will really focus on a few basic things — continuing to support each other while getting to do what we love on the field, and of course, giving Carli Lloyd the send-off she deserves.”

It will be interesting to see if the USWNT uses this platform to protest the abuse many women’s footballers are subjected to by coaches and people in positions of power. Personally, I’d be shocked if they don’t do anything after the NWSL was forced to postpone matches after the Riley accusations became public and when play did resume a few days later, each of the NWSL games was paused for league-wide protests.

Then again, much of the fanfare around these matches will be about Carli Lloyd’s final appearances. A player who has often ignored social protests from her teammates, Lloyd may be more interested in padding her stats in her final matches. She’s currently second in appearances (314) and third in goals (134) in USWNT history. While unlikely to reach Kristine Lilly’s 354 caps, don’t be surprised if she tries to score 14 goals to catch Mia Hamm for second place in the nation’s scoring ranks.

Two weeks until @CarliLloyd plays her final match in The Crest! ⚽️

Get your tickets today and help us send-off this legend in style! #ThankYouCarli

Here’s the full USWNT roster in text, including caps and goals.