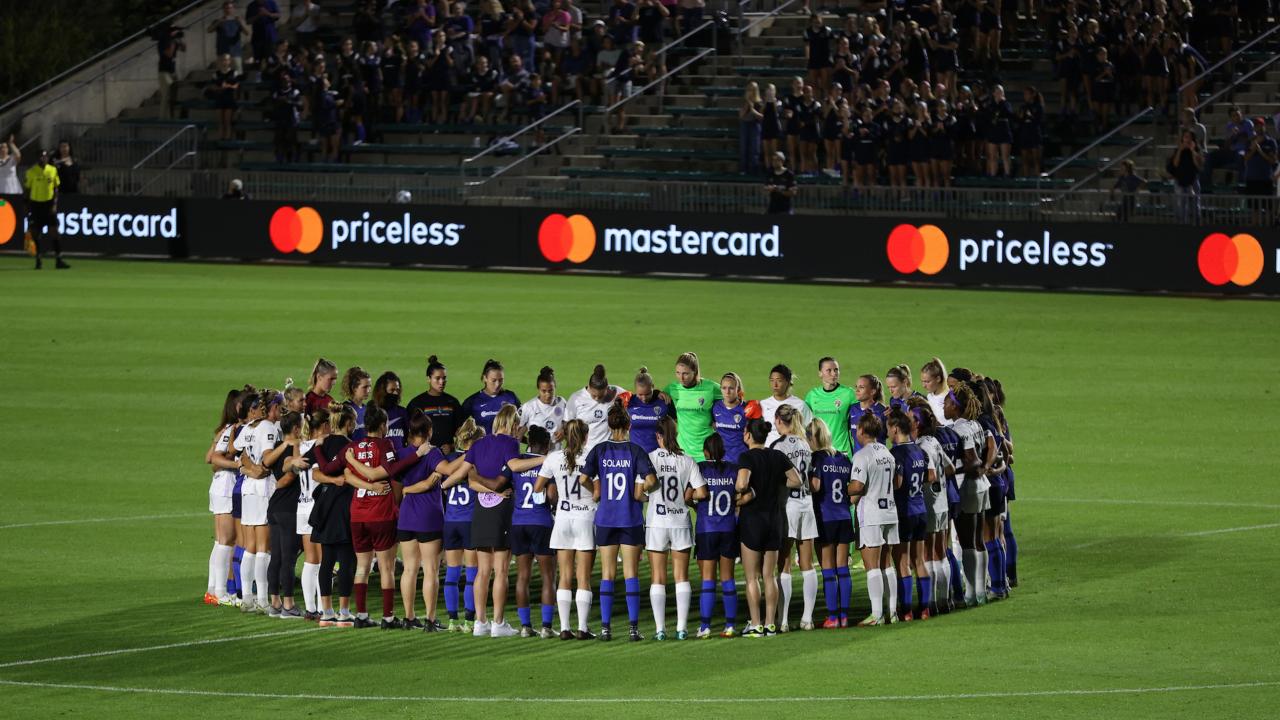 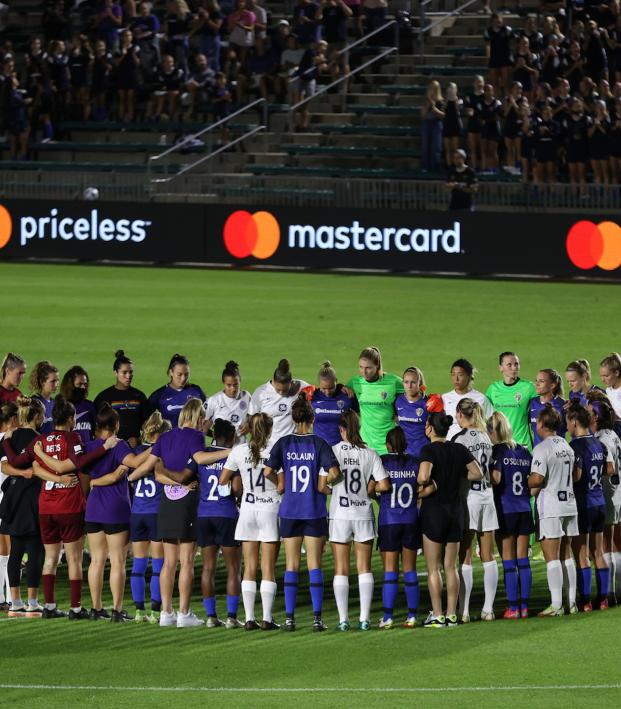 Connor Fleming October 6, 2021
The NC Courage returned to action on Wednesday night in an emotional match.

After allegations of repeated sexual abuse, coercion and harassment led to the firing of NC Courage head coach Paul Riley, the resignation of NWSL commissioner Lisa Baird and the cancellation of last weekend’s matches, the league returned to play on Wednesday with the Courage in action against Racing Louisville at WakeMed Soccer Park.

In the day’s earlier match between Gotham FC and the Washington Spirit, play was stopped in the sixth-minute in recognition of the six years it took for Sinead Farrelly and Mana Shim to be heard.

Players have stopped the game and are on the field now together in protest. #NWSL pic.twitter.com/v4oMRBHWCt

That same scene then played out in Cary, North Carolina.

In match action, the Courage roared to a 3-1 halftime lead with goals from Lynn Williams, Amy Rodriguez and Debinha, but Louisville’s single response from Savannah McCaskill was the standout.