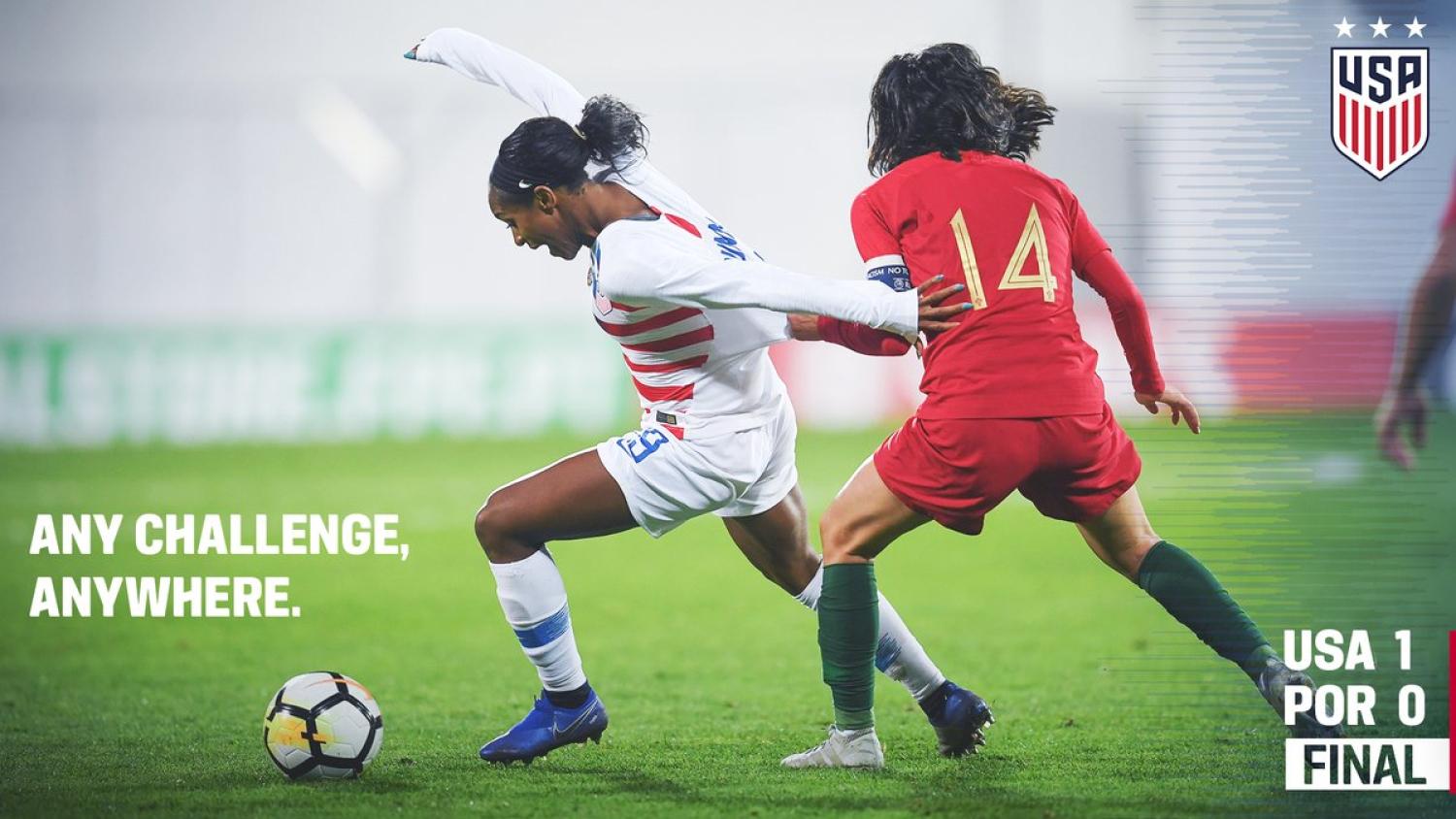 The United States didn’t look as fluid as it did last month when the USWNT cruised to a Women’s Concacaf Championship, but Jill Ellis’ group got it done. With a 1-0 victory over Portugal on Thursday in Lisbon, the USWNT recorded its 500th all-time victory.

The premier women’s soccer team in the world, arguably the greatest team in any sport in history, reached the milestone 500th win 33 years after the program played its first game in 1985.

RT to congratulate #USWNT players past and present. Here's to 500 more! pic.twitter.com/e9E3dR51sP

The USWNT has racked up 207 more wins than the U.S. men in 69 fewer years of existence. At this pace, the women could surpass the Brazil men’s national team (606 wins) in the next decade or so. Click here for more on the numbers behind the USWNT’s 500 wins.

Of the 500 wins, this was just the USWNT’s 50th road win as U.S. Soccer decided to actually play some friendlies in Europe to help prepare for the 2019 World Cup, which will be hosted by France.

With a few regulars like Tobin Heath and Christen Press absent, Jill Ellis gave chances for a couple players to make a case to be included in next summer’s World Cup roster, starting the likes of Jessica McDonald and Emily Fox.

Despite dominating possession in the first half, the USWNT wasn't completely confident at the start. Alyssa Naeher looked a bit shaky and nearly got herself into trouble with some poor passes and miscued ball control.

Portugal had the first good chance of the match when a header went just wide off a corner in the 40th minute after a bit of sustained pressure from the home side.

But it was around that point that Ellis shifted Crystal Dunn from left back to right mid and almost immediately she came through by setting up the game’s only goal. With Dunn, a natural winger, streaking down the right flank, McDonald, in her first career start, made a nice run into the box to record the USWNT’s first shot on goal of the match.

The shot was saved well by Patricia Morais, but an attempted clearance deflected off McDonald and into the back of the net.

With the goal, Portugal went into the break trailing despite outshooting the U.S. 5-4.

Though she scored the opening goal, Ellis had seen enough from McDonald and replaced her with Alex Morgan to start the second half. Ellis also gave a USWNT debut to midfielder Danielle Colaprico, who came in for Andi Sullivan.

Even as Ellis added more veterans to the mix (Carli Lloyd, Julie Ertz), the U.S. couldn’t break through for another goal despite Morgan hitting the post in the 57th minute. The presence of Emily Sonnett and Ertz helped calm the defense down to prevent Portugal for breaking even.

The USWNT 500th win wasn't anything spectacular in the end, but it's another notch in the belt for one of the greatest teams of all time.