The USWNT Debuted In 1985. This Is What They Looked Like 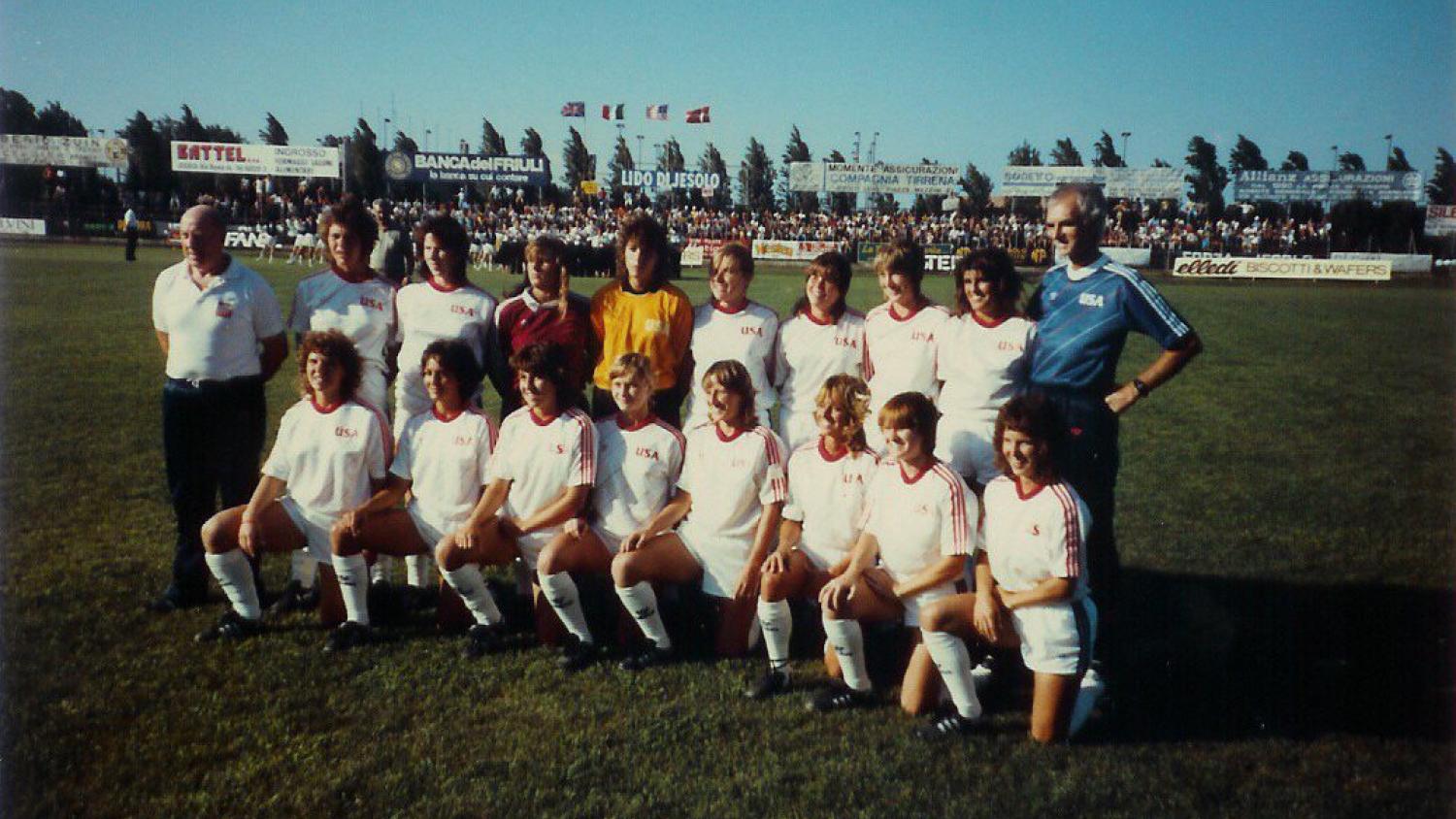 In August 1985, a little late to the party, the U.S. debuted its first full women’s national team in international competition. The first USWNT played in a tournament in Italy, losing three of four matches, drawing once.

Among the players on the inaugural squad was Michelle Akers, who would go on to become a two-time World Cup winner and be named FIFA Female Player of the Century in 2002, a couple years after her retirement.

Many of these women, like Akers, were college players. All were under the age of 25. While their inaugural matches weren’t filled with immediate success, they set the stage for a program that has long since passed the U.S. men’s program in all measures of success, despite the decades-late start. 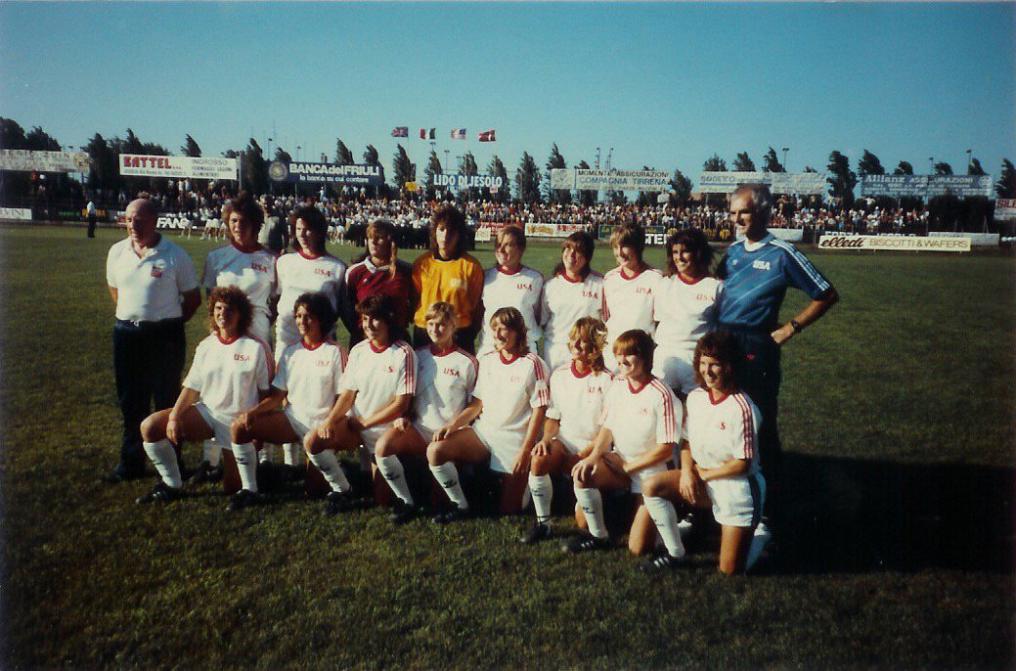 In the USWNT’s first-ever match, the three-time World Cup winners were defeated 1-0 by Italy on Aug. 18, 1985, in Jesolo, Italy. Interestingly, the Italians at the match initiated an “Oooosa!” chant for the Americans, a cheer that still lasts to this day. 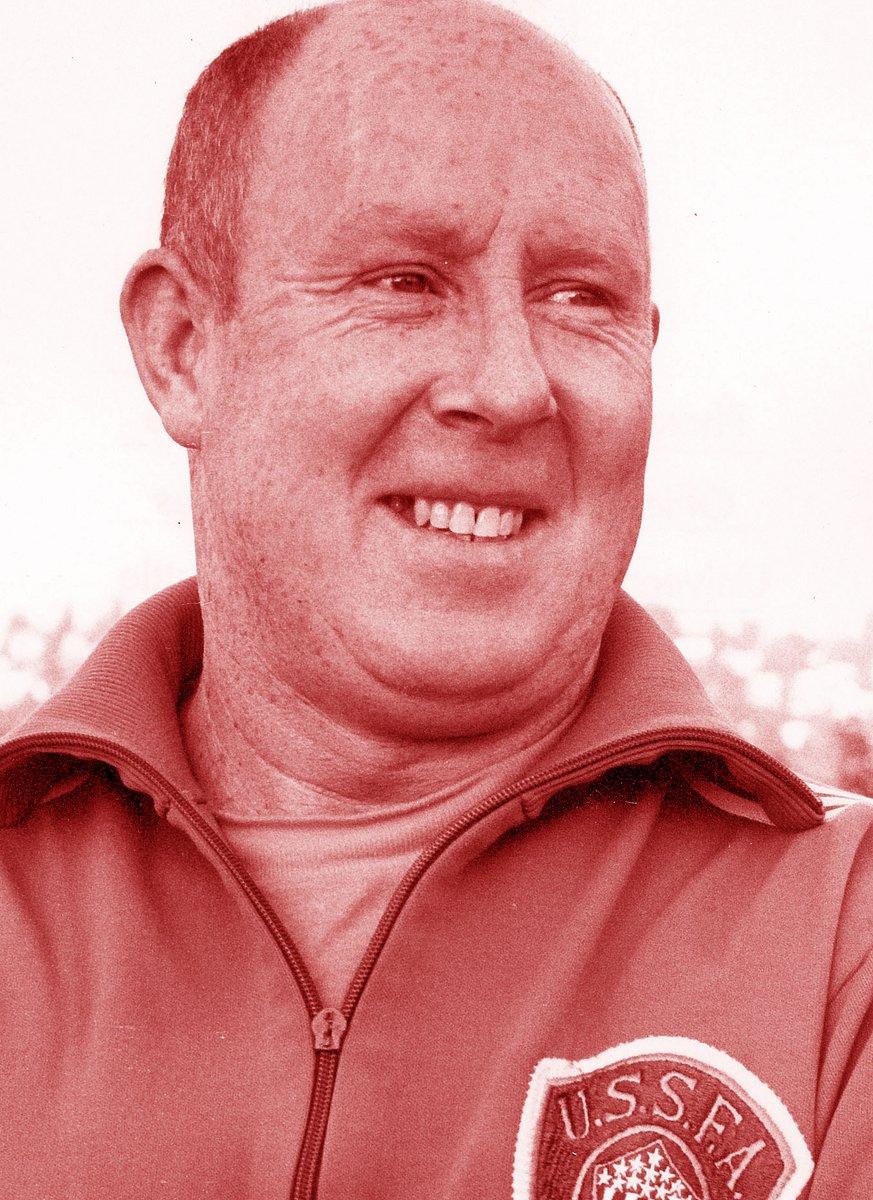 Mike Ryan was the first USWNT coach, though he never coached the team again after the four matches in Italy. The native of Dublin, Ireland, coached at the high school level for much of the rest of his career. 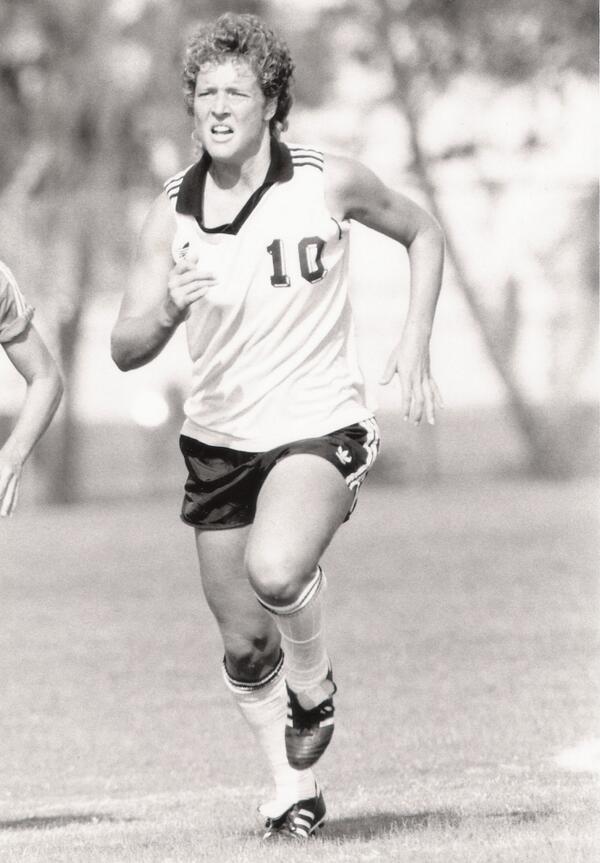 Michelle Akers scored the first USWNT goal in a 2-2 draw with Denmark on Aug. 21, 1985, the team’s second international match. She was injured and did not play in the 1-0 loss to Italy days earlier. Here she is playing for Central Florida, where she played from 1985-88, winning the Hermann Trophy in 1998. She was still developing her iconic mop of curly hair back then, before becoming one of the most legendary U.S. soccer players of all time. She retired in 2000.

Sharon McMurtry was named the first U.S. Soccer Female Athlete of the Year in 1985. McMurtry, seen here on her high school soccer team with her brother, went to Seattle University not as a soccer player but as a basketball player. McMurtry could have given the U.S. a draw against Italy in the first match, but missed a penalty kick. When she was named the first Female Athlete of the Year, there was no fanfare or press conference, she simply received a matted certificate in the mail. 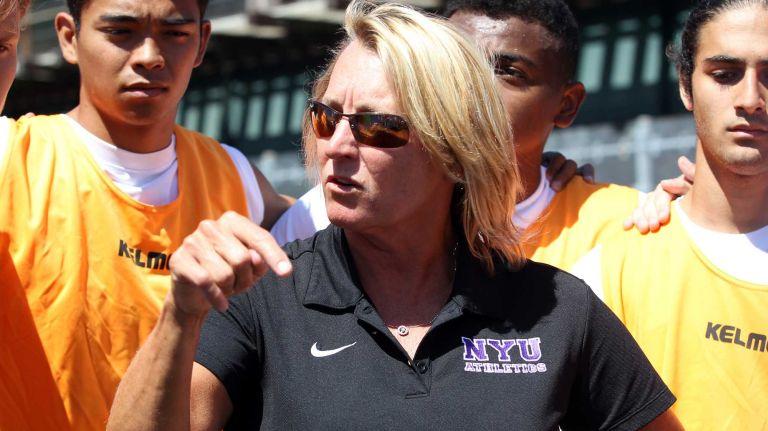 Kim Wyant was the first goalkeeper for the USWNT in 1985, allowing seven goals in four matches. She’s still pioneering to this day: Wyant is currently the only woman coaching an NCAA men’s soccer team, currently standing as head coach of the NYU Violets (pictured). 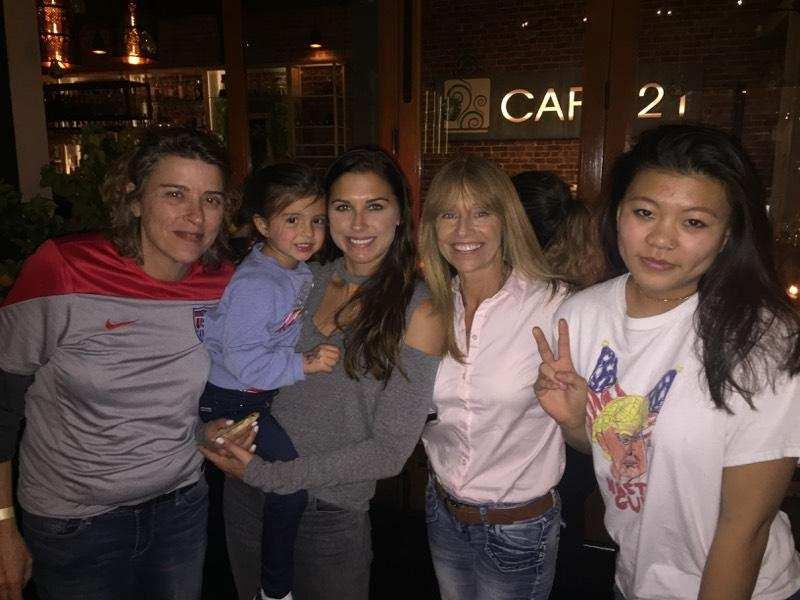 Linda Gancitano was the only substitute used by the first USWNT in that inaugural match against Italy. She came on for captain Denise Bender. She appeared just once more for the U.S. after tearing her ACL the following year. Here she is at a USWNT alumni event with Alex Morgan in January 2018 (she’s the blonde).