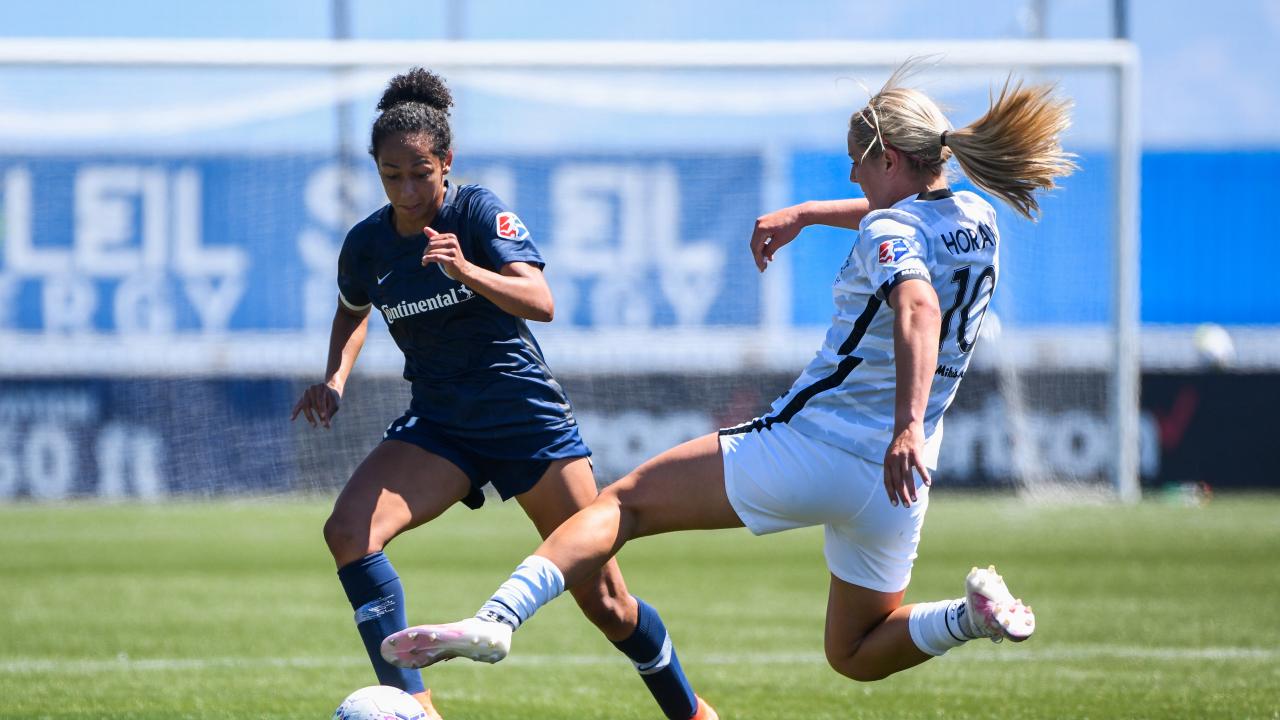 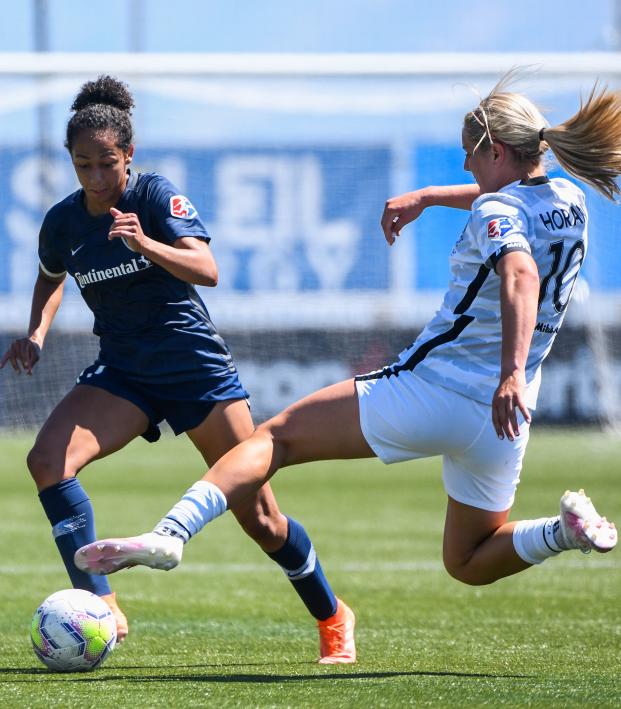 NWSL’s Return Was A Glorious Middle Finger To The Establishment

Travis Yoesting June 27, 2020
Pro team sports are back in America and the women showed how it’s done.

Professional team sports are back in America, and we couldn’t have asked for a better league to lead the charge.

The National Women’s Soccer League kicked off its Challenge Cup on Saturday, marking the first league to return to play in the U.S. during the novel coronavirus pandemic. From the powerful statement to start the game to the action on the pitch, Saturday morning’s match was a a great advertisement for the league and a beautiful middle finger to the sports establishment, which too often ignores women’s sports.

While MLB players and owners bicker like children, while NBA tries to fool itself on why and how it’s coming back and while MLS waits patiently for its moment, the NWSL took center stage in the U.S. sports world, albeit with some media outlets failing to remember women’s sports exist. It was great to see that even without the massive money behind the other major sports leagues in America, the NWSL was the one to step up and take the lead.

The NWSL took its moment in the spotlight and shined with a spectacular match played between the N.C. Courage and Portland Thorns, arguably the two best clubs in league history. The Courage pulled out a dramatic, late 2-1 victory, setting the stage for what should be an enthralling tournament with a superb example of the quality of play on display in the NWSL.

Hopefully people were watching, but we know the U.S. has a history of supporting the USWNT during World Cups and then forgetting the domestic league exists. But who wouldn’t want to watch action like this?

The NWSL Challenge Cup started with a wonderful message of unity in support of Black Lives Matter, as all players took a knee during the national anthem while wearing BLM T-shirts.

What followed was a marvelous match that featured a little bit of everything, from cheeky nutmegs to powerful late winners.

And it all happened on national TV, with CBS broadcasting the match (thankfully without fake crowd noise). I appreciated the socially distanced interviews CBS conducted; my only complaint with the coverage from some excellent broadcasters was the infusion of commercials during the water breaks held in each half.

While the NWSL made some missteps along the way — namely the Orlando Pride pulling out with all their star power because of positive COVID-19 tests — the league is setting an example for other pro team sports to follow with their Challenge Cup, all played within a bubble in Utah.

Following the teams’ Black Lives Matter protest to start the match, the first half was all about Bella Bixby, a goalkeeper making her Thorns debut. She came up with a number of big saves to keep her side level as the teams went into the halftime break scoreless.

.@bellageist showing up strong for her NWSL and Thorns debut. #BAONPDX pic.twitter.com/uKMW9C4lZa

The match remained scoreless for the first 75 minutes, but it wasn’t without action. Jaelene Daniels (formerly Jaelene Hinkle) and Lindsey Horan both pulled off nutmegs for their respective sides.

Ultimately it was Brazilian No. 10 Debinha who opened the scoring. Hailie Mace, making her NWSL debut after playing abroad for a year to avoid playing for the Sky Blue, zipped in a cross for her teammate to nod in for the go-ahead goal.

2019 #NWSLChampionship MVP and now first goalscorer at the #NWSLChallengeCup. @Debinha7 is always on a mission.

Moments after Horan hit the post with a header, another shot with her head was deflected onto the post and eventually fell to Simone Charley to knock in for the equalizer.

fast reaction from @ThornsFC and @SimoneCharley has us tied!

But the defending champions would not be denied.

While the Courage’s press wasn’t up to their usual high standards, their will to win was still evident when Sam Mewis found Lynn Williams for the game winner in the 94th minute.

With that match, the NWSL has set the bar for the return of pro team sports in America. The establishment may not pay attention to women’s sports, but that match demanded people pay attention.

Now that we have a moment to catch our collective breath, we’ve got one more NWSL Challenge Cup match to look forward to Saturday. The Chicago Red Stars and Washington Spirit face off at 10 p.m. ET Saturday; the remainder of the matches will be on the expensive CBS All Access until the final.

Soccer is officially back

Relive all the drama with our match highlights sponsored by @Verizon from the first #NWSLChallengeCup game. pic.twitter.com/HTIhFe2BDd