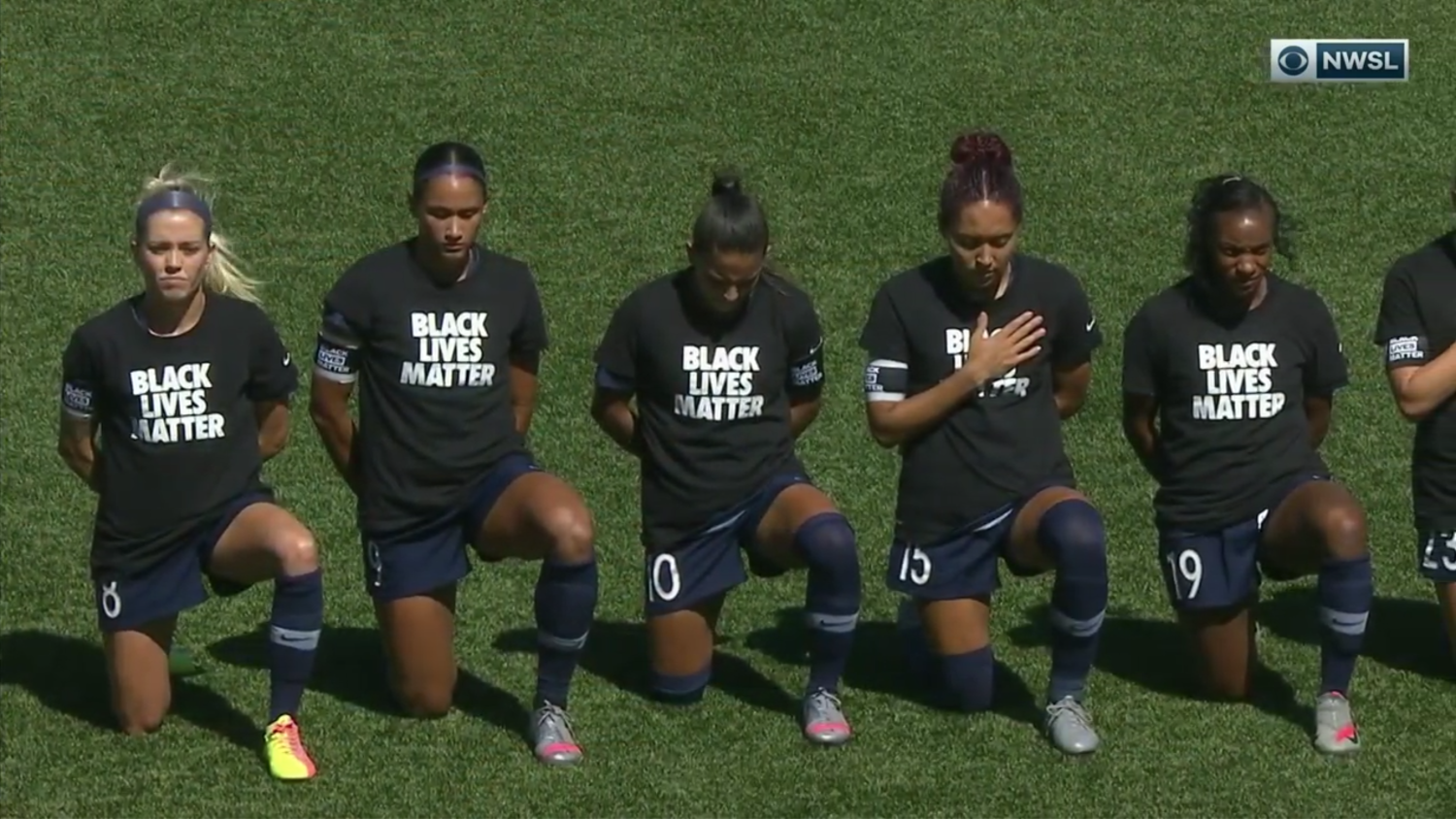 The National Women’s Soccer League is back, and they’re taking a stand — by taking a knee.

As the NWSL Challenge Cup kicked off on Saturday with a match between the N.C. Courage and Portland Thorns, both sides warmed up in Black Lives Matter T-shirts. The players of both teams (starters and those on the bench) then took a knee during the playing of the national anthem, performed by David Halliday on a saxophone. Both clubs released the following joint statement on the protest.

Kneeling during the national anthem was a powerful protest from the players in solidarity with the Black Lives Matter movement, which has seen renewed vigor following the slaying of George Floyd by Minneapolis police on May 25. In 2017, U.S. Soccer banned national team players from taking a knee during the national anthem before international matches; the Federation reversed its policy earlier this month.

Before the match kicked off, a moment of silence was held to remember those lost to systemic racism and police violence while “8:46” was on the time clock, referencing the amount of time Floyd suffered under the knee of police officers before he died.

The NWSL is the first pro team sports league to return to play in the U.S. during the novel coronavirus pandemic, giving the league unprecedented visibility (though far too many media companies have ignored the women’s existence). Sports were a predictable outlet for Black Lives Matter protests and the NWSL did its fans proud by not shying away from the spotlight, especially on a nationally broadcast match on CBS.

Black Lives Matter protests have been seen all over the world in soccer, though this is the first on U.S. soil as this was the first pro sports match since March in the country. American Weston McKennie sparked a trend in the Bundesliga with a “Justice for George” armband while Premier League players wore “Black Lives Matter” on their jerseys in place of their names when the league returned. NBCSN’s Robbie Earle recently broke down while discussing why “all lives matter” is racist and countless others have set examples for us to follow.

Hopefully, Saturday’s powerful statement will make people in positions of power uncomfortable and keep encouraging change in a country that has used systemic white supremacy to dehumanize people of color for more than 400 years.