After protests erupted across the U.S. this past week, Schalke’s American midfielder Weston McKennie has joined in from Germany. The 21-year-old Texas native wore a “Justice for George” armband during Saturday’s match with Werder Bremen, showing support for George Floyd, who died in police hands on Monday in Minneapolis.

Floyd, a 46-year-old black man also from Texas, died after three officers knelt on him for 8 minutes and 46 seconds while Floyd screamed for his life, all caught on video by passersby. A preliminary autopsy said the restraints, potential intoxicants and preexisting health conditions likely contributed to the death. One officer, Derek Chauvin, has been arrested and charged with third-degree murder and manslaughter. Three more officers were fired but have not yet been charged. None of the response has satiated Americans who are sick and tired of police killing black men.

Weston McKennie, for one, wasn’t going to be silent. 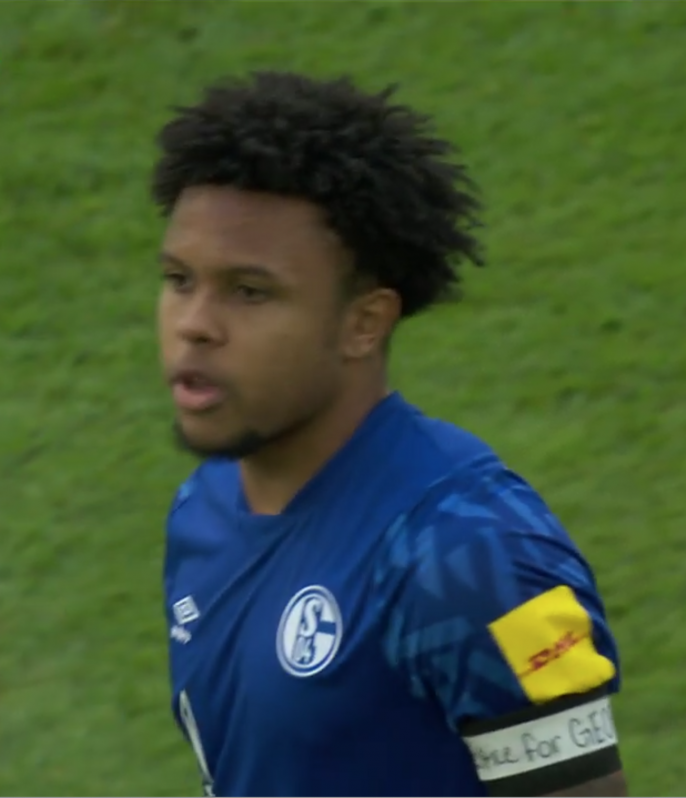 To be able to use my platform to bring attention to a problem that has been going on to long feels good!!! We have to stand up for what we believe in and I believe that it is time that we are heard! #justiceforgeorgefloyd #saynotoracism pic.twitter.com/TRB1AGm0Qx

McKennie wore the “Justice for George” armband for the 55 minutes he was on the pitch on Saturday at Veltins-Arena.

FIFA rules ban any political statements being made by players on the pitch but do not prevent players from making social statements. The protests surrounding Floyd’s death are for social and civil rights, not political rights, and therefore should be allowed. Importantly, this fact should prevent trolls from yelling about politics in sports as this is not a political issue — but alas we know the trolls will still complain about someone having the nerve to speak up about social issues personal to them.

McKennie hid the armband under his sleeve as he arrived on the pitch, perhaps to avoid any detection by referees or coaches who might make him take it off. 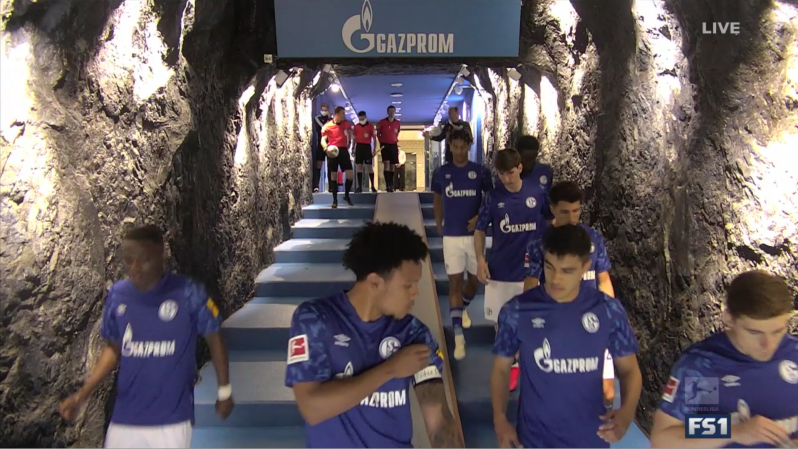 Floyd’s death was just the latest in a string of racist incidents in the U.S., including a white woman calling the cops on a black man who told her to put her dog on a leash in New York City and two white men appearing to lynch a black man as he jogged through a neighborhood, both of which were filmed. Combined with folks locked down on stay-at-home orders over the last three months, tensions have boiled over, with some protests growing violent.

The demonstrations grew over the course of the week, resulting in the Minneapolis third precinct burning down, the entrance to the CNN headquarters in Atlanta being smashed up and mounted police running over protesters in Houston, all while the U.S. President has been largely silent on the matter.

Dont let them tell you it was peaceful in Downtown Houston #BlackLivesMatter #GeorgeFloyd pic.twitter.com/JWuCRfdlNT

With the world watching on Saturday — few other sports have resumed play across the globe — McKennie raised awareness for the latest police killing of a black man. McKennie grew up black in Texas, which has its own dark history of racism and police brutality.

McKennie was praised by many on social media, though fellow Texan and Fox Soccer commentator Stu Holden was more neutral than anything.

Weston McKennie wearing a “Justice for George” armband today in support of George Floyd, who was killed in police custody, sparking protests across the USA. A significant gesture, one #USMNT supporters should be proud to see from the young midfielder. pic.twitter.com/pEU8Aht1vK

Meanwhile in black Americans playing professionally in Germany. Weston McKennie rocking a "Justice for George" armband against Werder Bremen today. A return to sports is a return to politics, folks. You wanted it and here it is. https://t.co/qwLqqrZcjz

Schalke and USMNT midfielder Weston McKennie wore a “Justice for George” armband today in their match against Werder Bremen. Never forget that sports and politics will always intertwine, but a great sign of solidarity and message sent to the world. #BlackLivesMatter pic.twitter.com/IHqHmux3ts

Meanwhile, fellow American Josh Sargent, who started and played 70 minutes for Werder Bremen, did not wear any discernible armbands. Sargent is from O’Fallon, Missouri, not far from Ferguson, which was at the center of similar protests in 2014 following the murder of Michael Brown.

Sargent did, however, come away with a vital 1-0 win. Leonardo Bittencourt scored this wonderful curler in the 32nd minute as Bremen recorded a vital win for its survival hopes.

The three points kept Werder in 17th place but two points back of 16th-placed Fortuna Duesseldorf in the relegation playoff spot. Fortuna plays Bayern Munich later Saturday. McKennie and Schalke, meanwhile, remained firmly midtable with nothing much to play for in the remainder of the season.