One More Sleep Until Pro Team Sports Return To America 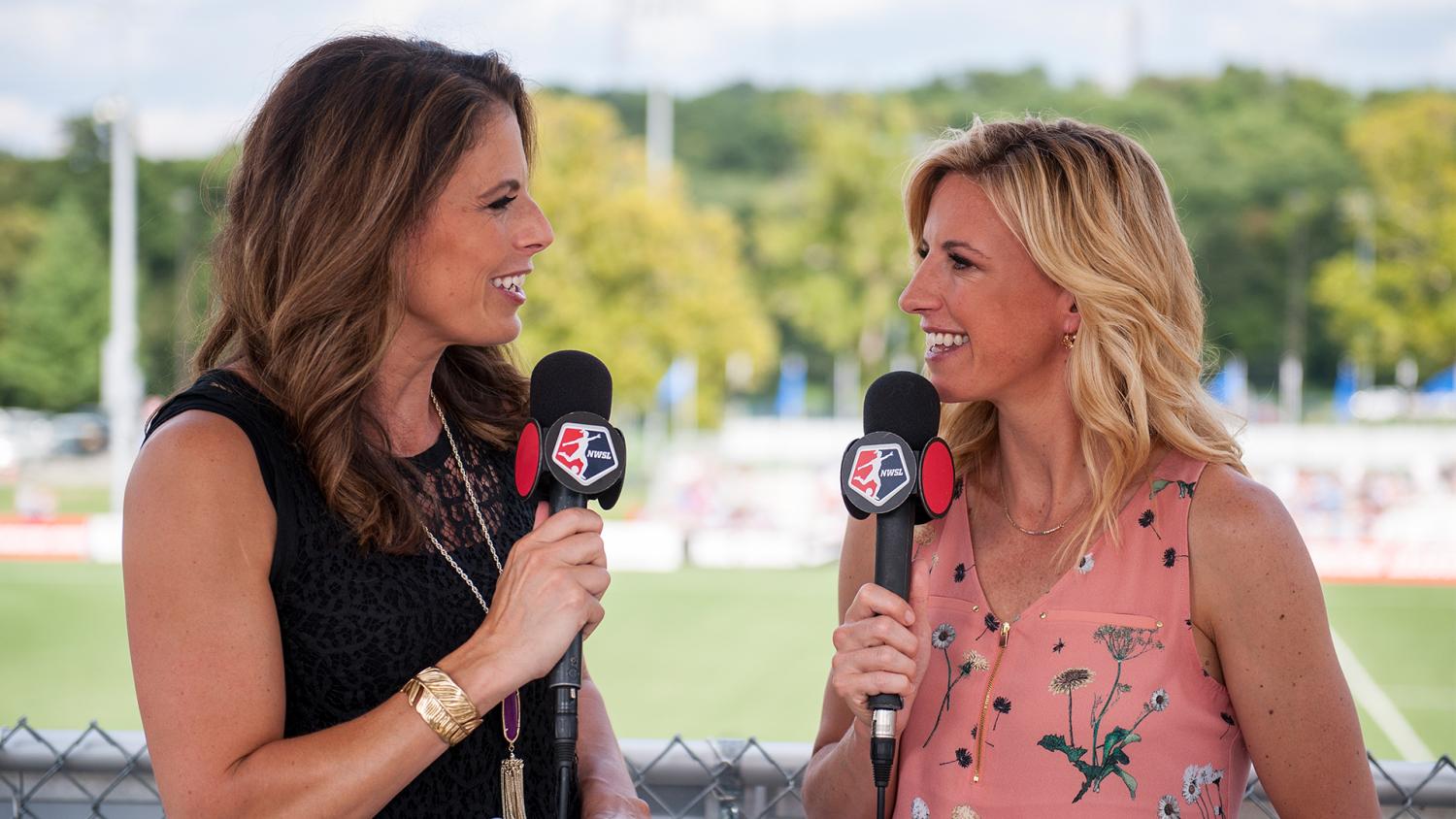 The National Women’s Soccer League recently announced the full list of broadcast talent for the 2020 NWSL Challenge Cup sponsored by P&G and Secret Deodorant. Only one more sleep until the tournament kicks off and the teams and fans could not be more excited.

Shout out to @SecretDeodorant for supporting the #NWSL as they bring team sports back. I'll be cheering on all the ladies from home. You better make some noise too! Tune in on 6.27. #ChallengeCup #AllStrengthNoSweat #SecretDeoPartner pic.twitter.com/sM28TvuIXB

As excited as we are to see the teams back on the pitch with new faces getting their shot, we are also excited for those announcing during the games. Play-by-play announcer Jenn Hildreth and analyst Aly Wagner will call the opening match on CBS and CBS All Access.

Hildreth is entering her sixth season as a play-by-play announcer for the NWSL, calling matches across networks like ESPN, Fox Sports and Lifetime. She has a 20-year television career covering various sports, experience being an analyst, host, reporter and is the only female play-by-play announcer to work Fox Sports’ coverage of the last two FIFA Women’s World Cups. Her credibility is endless and looking forward to her opening up the Challenge Cup tournament.

Alongside Hildreth will be Wagner, a former USWNT player who won two Olympic gold medals and two FIFA Women’s World Cup bronze medals over her 10-year career with the USWNT. As the No. 1 pick at the Women’s United Soccer Association draft, Wagner's successful soccer career has paved the way to becoming an analyst for Fox Sports. Both of these women will kick off the tournament and hopefully help increase viewers.

Look at your broadcast partner the way cookies look at milk...and we be back! https://t.co/FD4rLRp3pB

Other broadcasters that will be joining Hildreth and Wagner will be Mike Watts, Lori Lindsey, Josh Tolle, Jenn Cooper and Marisa Pilla.

Watts will be a play-by-play announcer on CBS All Access and Twitch. He has made his mark in the NWSL as a commentator and has also covered the NBA, NBA G league, WNBA and NCAA sports. Mike Watts will be joined by former USWNT player Lindsey. Lindsey is one of only four players to have played in all three of the U.S. women’s professional soccer leagues. Similar to Wagner, Lindsey used her soccer experience to continue to impact the game and also travels the world raising awareness and advocating for women’s equality and the LGBTQ community.

Additionally, Tolle and Cooper will broadcast on Twitch for viewers outside of the U.S. and Canada. Pilla will serve as the tournament’s on-field reporter, supplying fans with player and coach interviews as well as recaps and behind-the-scenes footage.

All the 2020 NWSL Challenge Cup broadcasters are well-versed in women’s soccer and the NWSL and will provide in-depth analysis of the players and coaches to give fans the full match experience via streaming networks and TV. Tune in to watch the North Carolina Courage face the Portland Thorns on Saturday at 12:30 p.m. EST on CBS and CBS All Access, followed by Chicago Red Stars and Washington Spirit at 10 p.m. EST on CBS All Access.

ONE. MORE. SLEEP. @NWSL becomes THE FIRST American pro team sports league back when the #NWSLChallengeCup kicks off TOMORROW in Utah. MiB will provide coverage all tournament long, presented by @budweiserusa.pic.twitter.com/DbpEY8yNWM