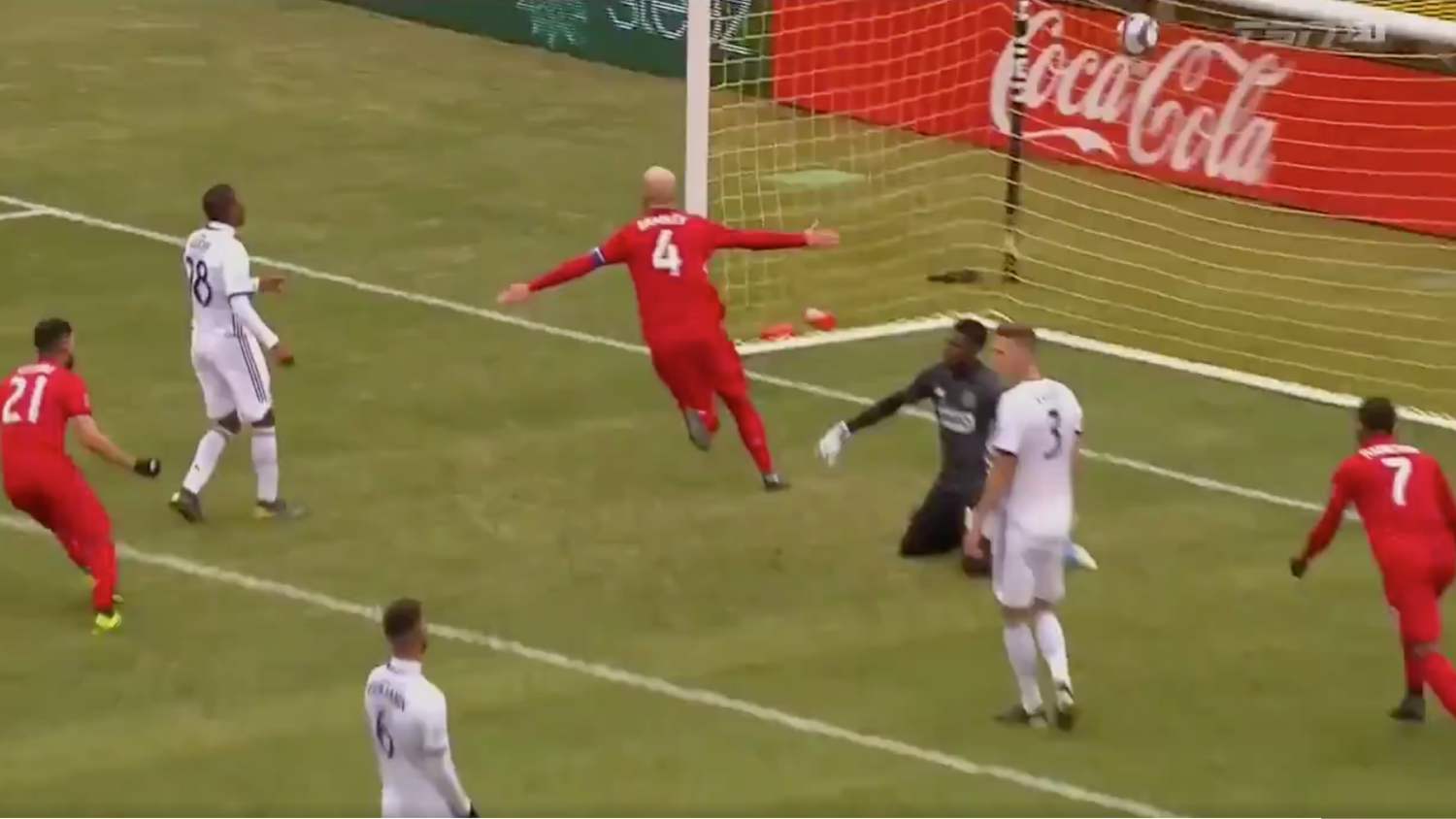 People love to hate on Michael Bradley, but the 31-year-old is still one of the best players in MLS.
@MLS | Twitter

Michael Bradley hadn’t scored a goal in MLS play since 2016. We know he has it in him, but we were starting to wonder if he’d ever score again.

In the offseason, when he was called into Gregg Berhalter’s first January camp with a bunch of newbies, Bradley said his best days are in front of him. With Sebastian Giovinco shipped off to Saudi Arabia and Jozy Altidore not in the lineup Saturday, the 31-year-old became the surprise answer to the trivia question: Who scored the first MLS Goal in 2019?

Bradley has spent time deep in defense — even at center back — throughout the last couple years with Giovinco doing most of the goal-scoring honors up front. But he’s gone, and Altidore is still returning from injury and didn’t feature in the season opener against Philadelphia on Saturday.

The lack of a real goal threat was exposed when Jonathan Osorio did his best Aubameyang impression and hit a tame penalty kick that Andre Blake happily smothered.

But despite some positive moves from Philadelphia in the offseason — namely signing Mexico international Marco Fabián — Toronto struck first, through an unlikely source.

Bradley has goals in him, though it's not what he's on the pitch to do. He scored one of the greatest goals in the history of the USMNT-Mexico rivalry in 2017. After hitting for nine goals in his first three years in Toronto, he put up goose eggs in his next two.

Bradley’s last goal in the MLS regular season came in September of 2016, though he added one later that year in the playoffs against Montreal.

USMNT fans may rag on Bradley and blame him for the U.S. failing to qualify for the 2018 World Cup, but he’s still one of the best players in MLS, whether you want to admit it or not.

And hey, how can U.S. fans not like a player who gives an unnecessary shove to a Mexico international?

Bradley added a second goal in the second half, just to rub it in.

LET'S GO!!!!!!!! The #TFC captain slams home the loose ball for his 2nd goal of the game and the 2-0 lead!!! I LOVE IT.#PHIvTOR #MLSisBack #TFCLive pic.twitter.com/nLQmOvhpjL