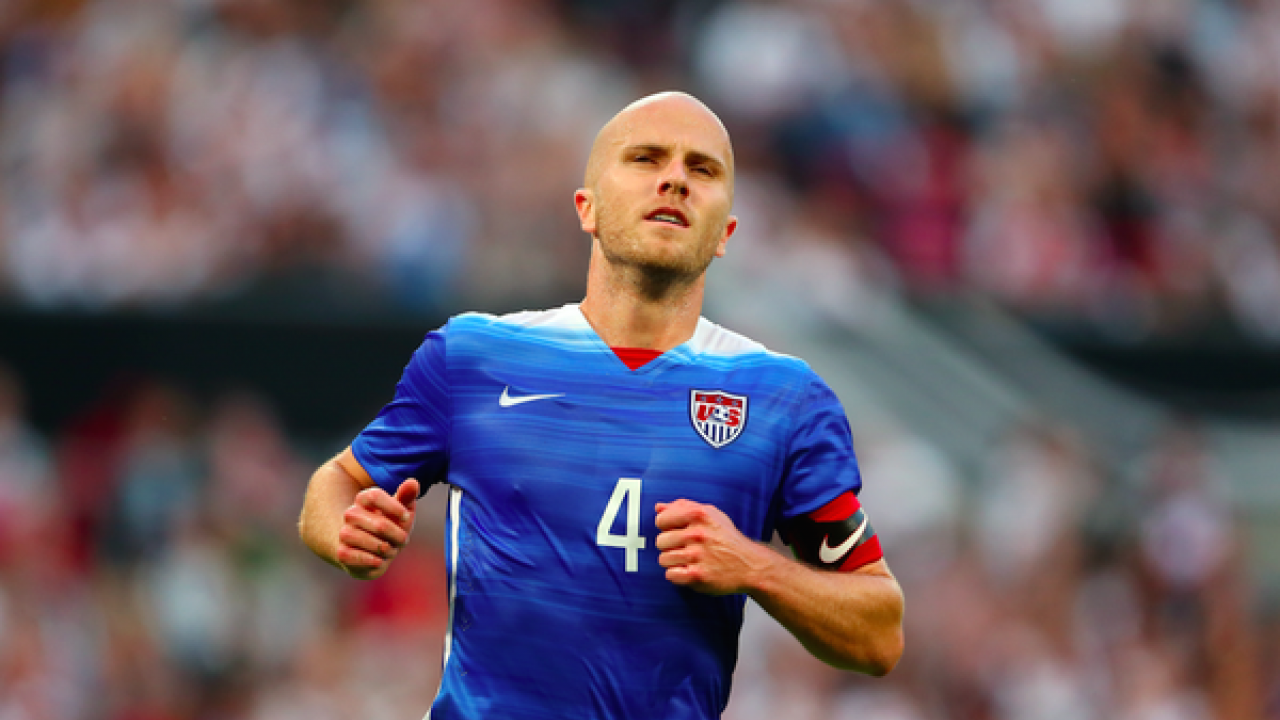 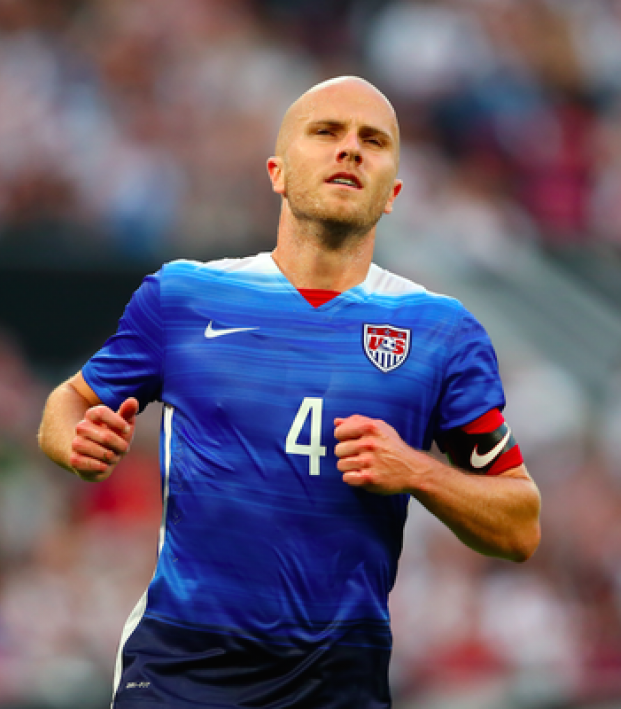 Is Michael Bradley The USMNT’s Answer At Center Back?

Travis Yoesting May 10, 2018
The U.S. captain has featured at center back recently for Toronto FC. Could he make the same move with Team USA?

For all of Toronto FC’s financial ambition, signing players like Sebastian Giovinco, Jozy Altidore, Michael Bradley, Gregory van der Wiel, Ager Aketxe and Victor Vázquez in recent years, the club hasn’t focused on one vital position: center back. And thus, with recent injuries to regular defenders, an intriguing new Michael Bradley center back experiment has unfolded at BMO Field in recent weeks. And it’s something the next USMNT coach might want to consider.

It started in the second leg of Toronto’s eventual defeat to Chivas in the Concacaf Champions League, with Bradley pressed into action in the middle of defense as five center backs were unavailable. Although the match was mostly forgettable for Toronto fans (in part thanks to a shanked shootout miss by Bradley), it showed Bradley might be a feasible option in defense for the Reds, who overcame a 3-1 aggregate deficit just to force a shootout. 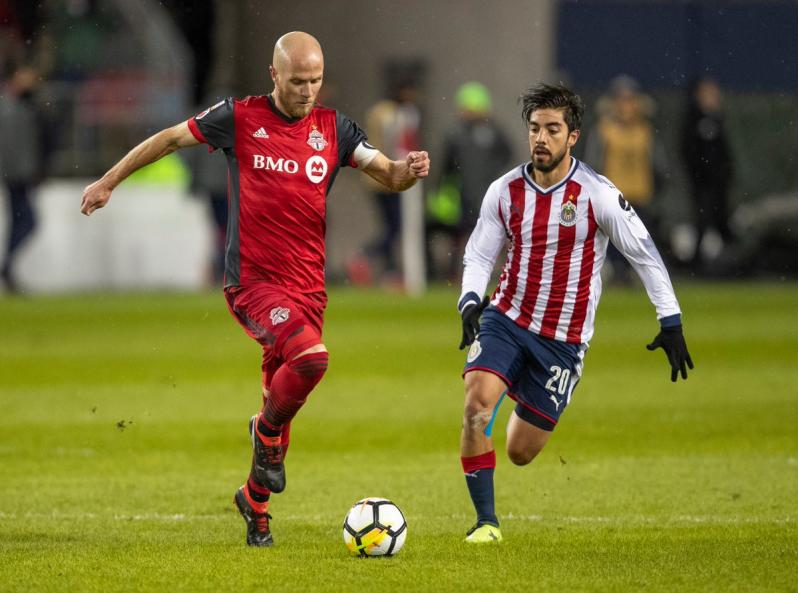 That weekend, despite having the most expensive roster in the league, center backs Drew Moor, Chris Mavinga, Eriq Zavaleta and Nick Hagglund were all out injured. The Michael Bradley center back experiment arrived in full force as he lined up alongside van der Wiel (himself a fullback) at the position in a 2-2 draw with Chicago. The Fire, it should be noted, have tried a similar tactic, with Bastian Schweinsteiger moving to a sweeper role a la Franz Beckenbauer.

“Michael has been enormous in our ability to adapt to circumstances, whether in-game or injury,” Toronto coach Greg Vanney said. “He's able to assume a lot of different responsibilities for us; that’s been huge.”

Bradley continued playing center back in a 3-0 win over Philadelphia on May 4 and on Wednesday for a big clash with Seattle, a rematch of the last two MLS Cup finals. Seattle won 2-1 and though Bradley deserves some of the blame for the first goal, he wasn’t all that bad in the high-stakes matchup.

Wake up to  points and match highlights!  pic.twitter.com/zR4wf6EDNO

Bradley as a center back for Toronto adds many of the same qualities as Schweinsteiger does at sweeper for Chicago. He’s calm and assured in possession and can leap into midfield to spark the attack when needed. At 6-1, he’s stronger in the air than you might think. Plus, he’ll turn 31 in July and while he hasn’t shown many signs of slowing yet, playing as a team’s midfield engine will wear down the legs over time — a move to center back, even if temporary, could help sustain his career.

Bradley will need to continue to develop his passing range as a center back. On Wednesday, his distribution was hit or miss. At times he zipped passes into the midfielders or forwards with supreme precision; at others he played balls with too little pace, allowing defenders to easily cut in for an interception. 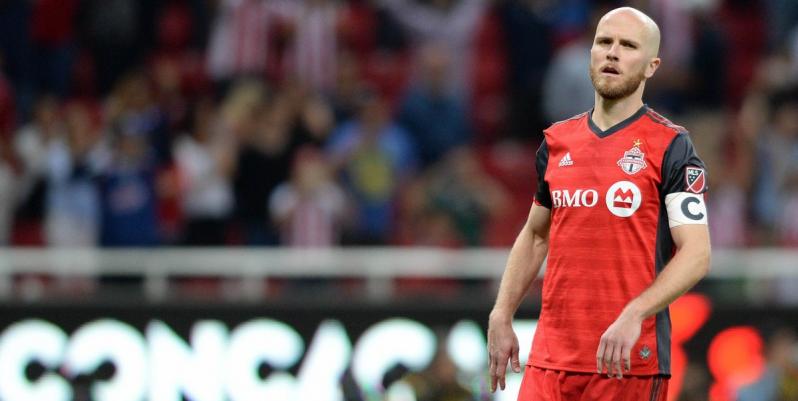 Is the Michael Bradley center back experiment something the USMNT can take advantage of? Photo: @MLS | Twitter

The question for many Americans, however, is if this Michael Bradley center back idea can be utilized by the USMNT (which, by the way, still needs a coach).

The U.S. isn’t exactly bereft of center backs. Team USA can call on experienced players like John Brooks, Geoff Cameron, Omar Gonzalez, Ike Opara and Matt Besler as well as younger talents such as Matt Miazga and Cameron Carter-Vickers. But we saw in World Cup qualifying how even with those players, the USMNT couldn’t keep Trinidad and Tobago off the scoreboard in a can’t-lose match.

Bradley might not be a better option at center back than any of those aforementioned players, but he does provide an option. He could give a squad more versatility by dropping from a midfield position into center back and taking off a central defender for a more attacking player. It would also allow one of the most gifted U.S. players to remain in the squad as captain while allowing for a new youthful core of midfielders to take control of the team.

Kellyn Acosta (22 years old), Weston McKennie (19) and Tyler Adams (19) currently look like the midfield core of the future for the USMNT, with Cristian Roldan (22) perhaps added in as needed. How they develop chemistry with Christian Pulisic (also 19) and the next crop of forwards like Josh Sargent and Timothy Weah (both 18) will likely go farther in determining the success of the U.S. at the 2022 World Cup than anything Michael Bradley does.

And yet, Bradley is such an ingrained figure in the team, it would make a lot of sense to keep him around, whether in a diminished role in midfield or by shifting to center back. It’s why Nick Rimando is called up for big matches so often; having a veteran presence is huge, especially in the wild world of Concacaf.

Whether or not this Michael Bradley center back experiment is a long-term solution or a temporary fix for Toronto, it’s something the next USMNT coach can seriously consider when Team USA gathers for its next meaningful match at the 2019 Gold Cup. Of course, by then, Bradley will be turning 32 and it will have been about 600 days since the last meaningful match. But at least it’s an option.