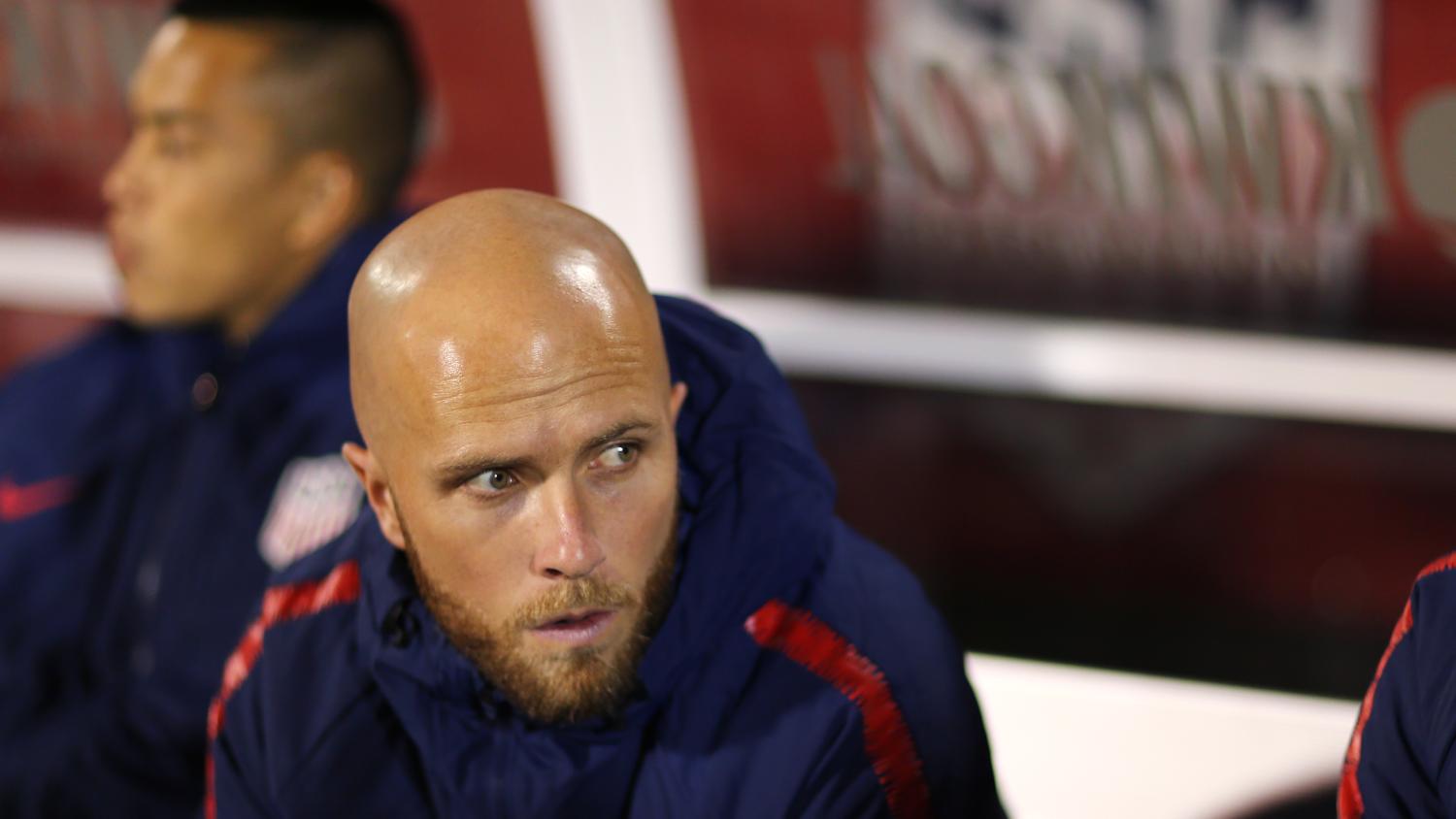 This is the beginning of our greatest era.
Getty Images

Wednesday marked the third day of training at the USMNT’s annual January camp, and judging by all the social media responses, your perception of how Gregg Berhalter is doing on the job is greatly influenced by one of two things: Either (1) you don’t understand that this isn’t a FIFA international window — the requirement for European clubs to release players — and you’re outraged by the amount of MLS inclusions or (2) you understand that no European players can be called, and that includes midfielders Tyler Adams and Weston McKennie, but you’re mad as hell that Michael Bradley is there.

Whichever camp you fall into, rest assured that work is being done before the Berhalter era officially begins with friendly matches against Panama (Jan. 27) and Costa Rica (Feb. 2).

And Bradley is doing work too.

And he’s speaking to reporters about the possibility of playing for the U.S. at the 2022 World Cup.

“If you asked me right now, absolutely,” Bradley, who’ll be 35 at that time, said. “Absolutely. I wouldn’t be here if I didn’t want to. I love to play; I love to train. The way I take care of my self, the way I live my life, my best years are still in front of me. And that’s my mentality every day.

“Obviously there’s no guarantees in football, and even if there were, I wouldn’t want them. But Gregg and I have spoken a few times and one of our first conversations was just that — obviously there’s no guarantees, but we’re also not shutting any doors, either. Take every day, every training, every game as they come, you enjoy it, you play, you compete, you take it as far as it goes. I love that part.

“I don’t count caps as I’m going. I enjoy every opportunity. Playing for the national team has given me some of the proudest days of my career. I love representing our country and every opportunity I have to come in, to play, to compete, to make the team better, to try to lead, that’s what I love to do.”

The average age of the 28-player camp is 24 years, 190 days. While Bradley (142 caps), Gyasi Zardes (40) and Kellyn Acosta (23) represent the most experienced internationals on the roster, there are 13 uncapped players amongst the squad.

Berhalter explained the squad selection on Tuesday: “We looked at in a number of different ways,” he said. “The first is, you identify players based on their profile and how they would fit into what we’re trying to do on the field. Second way we looked at it is what is their performance through the course of this year in Major League Soccer.

“Just like you won’t hesitate to bring someone young who’s good, we’re not going to hesitate to bring someone older who’s good. I said from the beginning when I was taking the job that it’s important to have the right mix of experience and youth. What we want to do is see what older guys will fit in, fit into the culture and fit into the playing style.

The tenets for Berhalter so far have been team building, team culture, style of play and competing — four facets that the USMNT disastrously failed to grasp throughout the road to Russia. And when Berhalter welcomes the abroad-based players back into the fold, the message will still be the same.

“I appreciate competing in MLS. I also appreciate competing abroad and I know what those things bring,” said Berhalter. “The way I’m looking at it is we want guys that are committed to the team culture, understand the style of play and can compete. And regardless of age, of where they’re playing, we’ll look at them if they can fulfill those two requirements.”