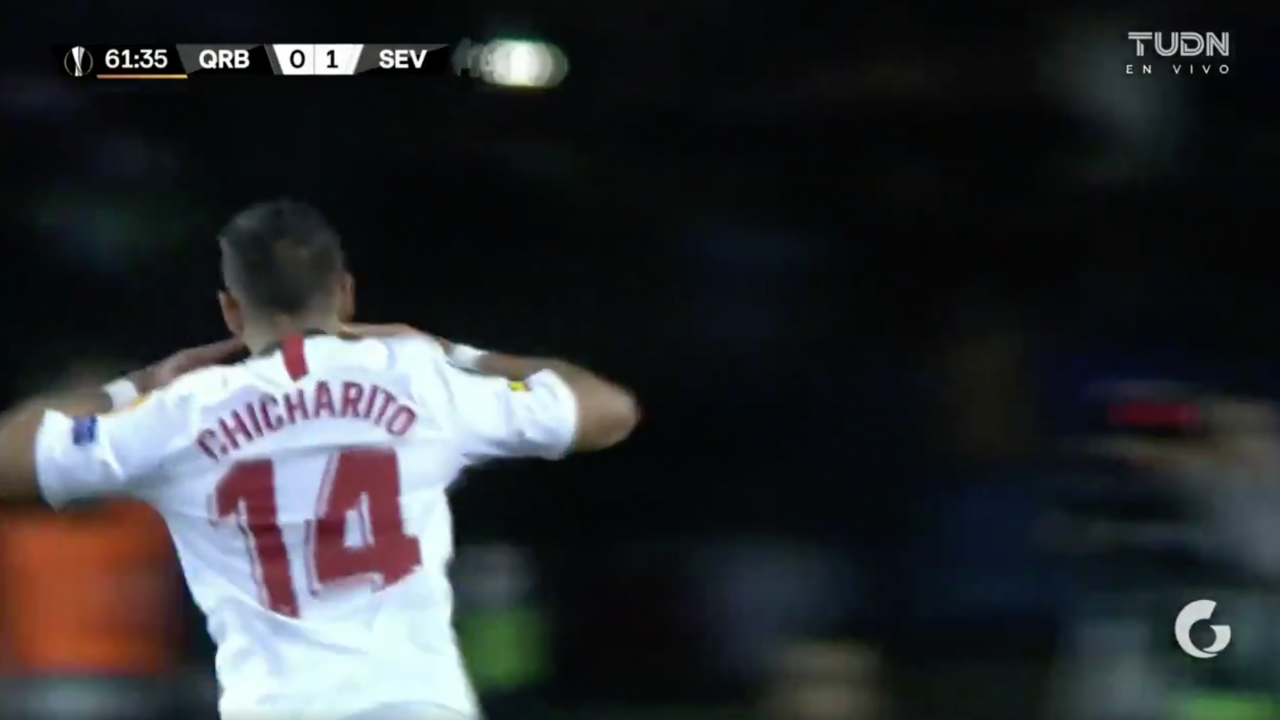 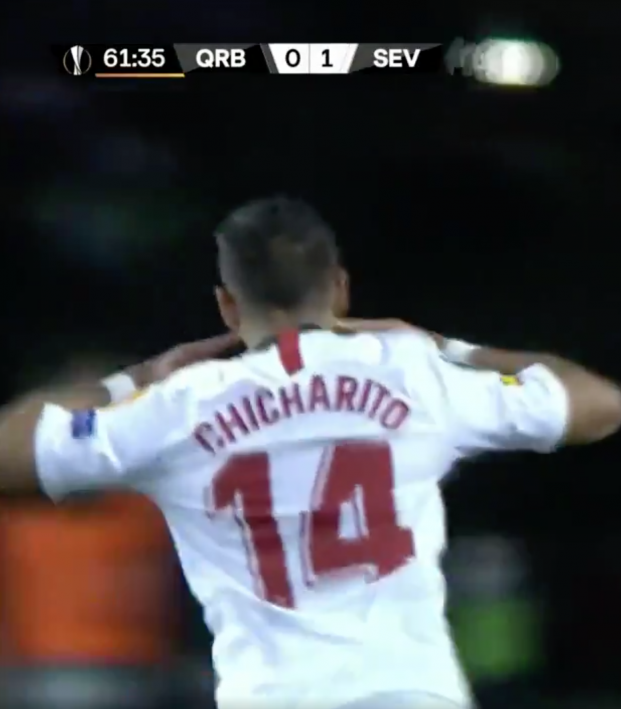 Javier Hernandez has opened his account with new club Sevilla. Back with a LaLiga club for the first time since his loan spell with Real Madrid, the first Chicharito Sevilla goal was stunning to all involved.

Hernandez has made a career out of being a clinical finisher, a poacher and a fox in the box, all the euphemisms for someone who is in the right place at the right time but doesn’t really score the types of goals that include superlatives like stunning, incredible or amazing. In fact, probably his most famous goal was scored by his face and the last time we wrote about him scoring an interesting goal, he knocked the ball in with his hand.

But Chicharito, Mexico’s all-time leading goal scorer, can, on occasion, score a great goal with his feet. On Thursday, he even managed to score a rare goal from outside the box.

Playing in the Europa League against Qarabag in Baku, Azerbaijan, Hernandez netted the opener in Sevilla’s 3-0 road win. The No. 14, who played as the lone striker until he was replaced by Éver Banega in the 72nd minute, blasted a stunning free kick into the top-left corner, leaving Asmir Begovic helpless in goal.

That’s one way to win over your new fans. Perhaps he took pointers from Héctor Herrera.

The Chicharito Sevilla goal marked the third straight day in which a Mexico international scored in European club competitions, the first two coming in the Champions League. On Tuesday, Edson Álvarez scored for Ajax in a 3-0 win over Lille. On Wednesday, Herrera headed in a late equalizer as Atlético Madrid drew 2-2 with Juventus.

But fret not, USMNT fans: Jesse Marsch became the first American coach to win a Champions League match. (We’ll ignore the fact Christian Pulisic was an unused substitute for Chelsea.)

Remarkably, Hernandez’s goal wasn’t the best of the day Los Rojiblancos. In fact, it may have been the worst of the three.

Óliver Torres then finished the scoring with a bicycle kick in the 85th minute.

Chicharito and Sevilla host Real Madrid on Sunday. After what fellow former Merengue Angel Di Maria did to Los Blancos on Wednesday, Hernandez will like his chances to score his second Sevilla goal.