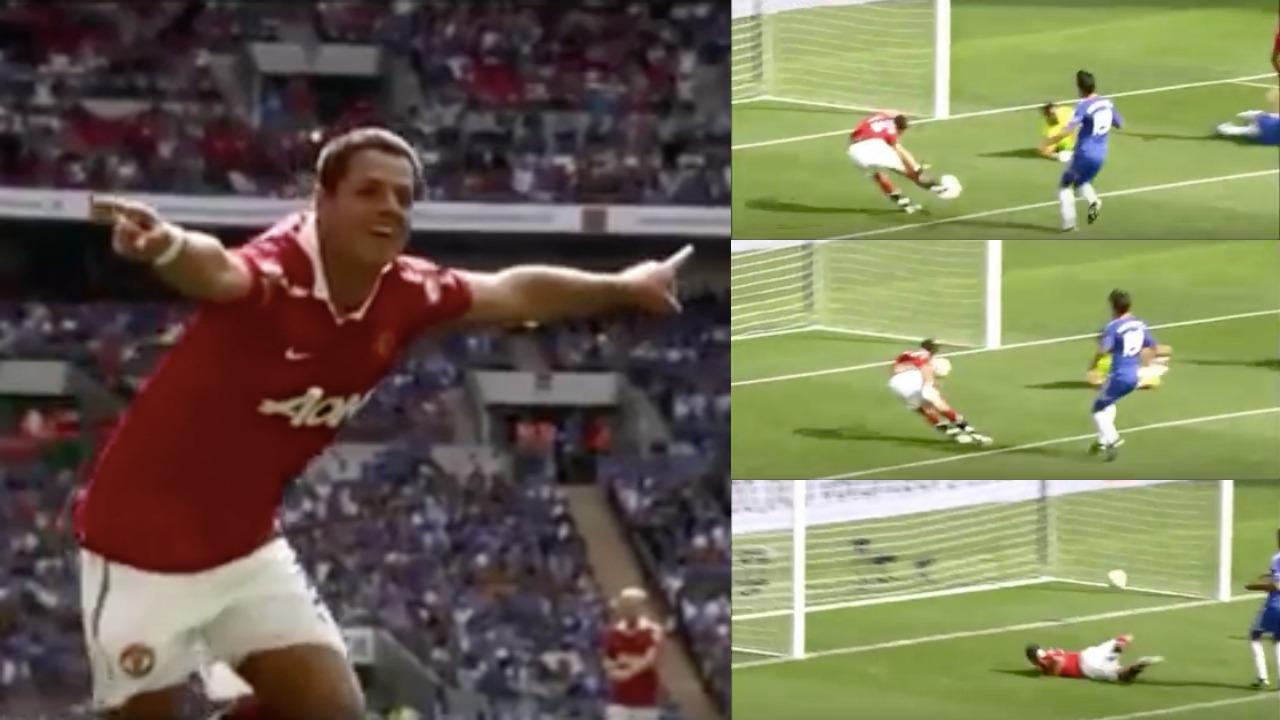 Let’s set the stage here: On July 1, 2010, Javier “Chicharito” Hernandez is officially unveiled as a Manchester United player. After scoring against the MLS All-Stars, Chivas and the League of Ireland XI in consecutive preseason friendlies, England is abuzz with ChicaGol mania.

The striker makes his competitive debut for United in the FA Community Shield against Chelsea, coming on as a substitute for Michael Owen at halftime. With United holding a slender 1-0 advantage from the opening 45, the 85,000 occupying the historic Wembley Stadium sense something special. They can feeeel it.

Chicharito duly obliges in the 76th. The irrepressible Antonio Valencia churns down the right flank before squaring across the face of goal. Like always, there’s Chicha in the right place at the right time with a literal nose for goal.

The El Tri legend shapes to shoot with his right foot and scoops a half-volley straight into his own face. The force of the blast snaps his head back, giving him the perfect vantage point to watch the ball nestle into the near corner. That's a predatory finish.

The Community Shield was the foundation for a further 19 goals from Chicharito that season, and that’s why this match truly matters. Not because it’s any indication of things to come, nor because it’s a trophy, but because in 2010, Chicharito scored the goal of a lifetime.

It should be renamed the FA Chichunity Shield or something like that.