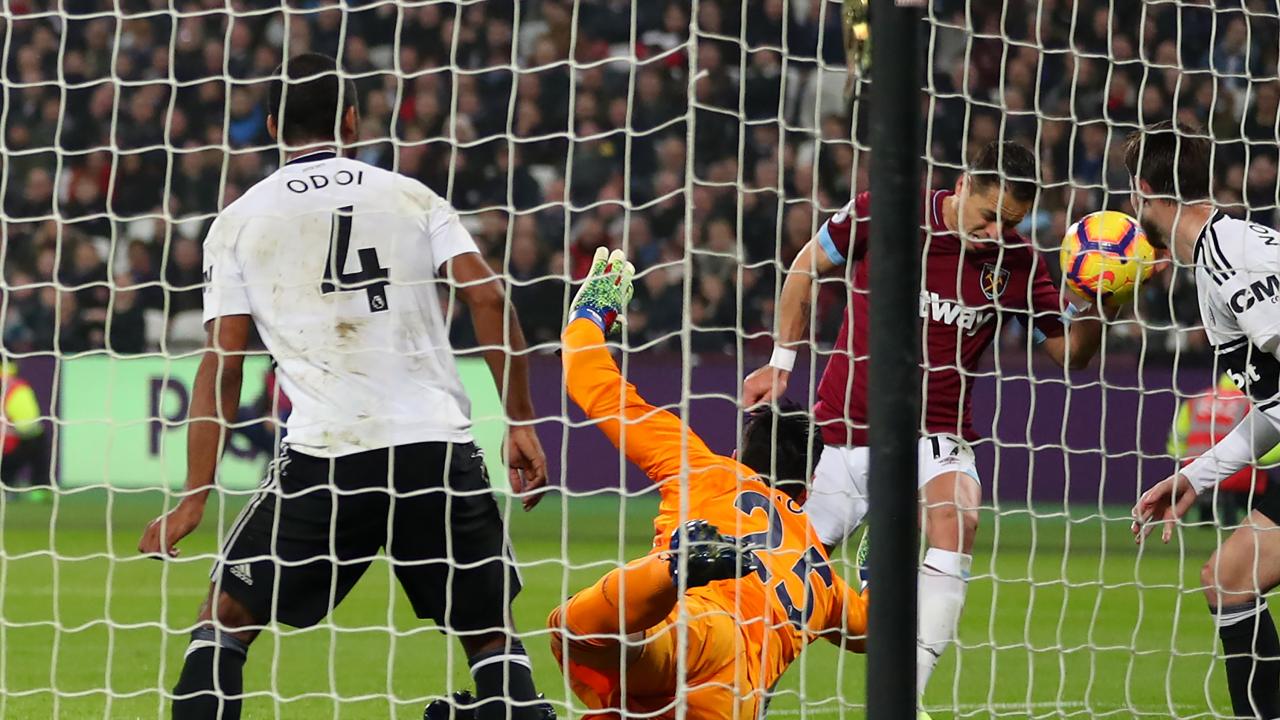 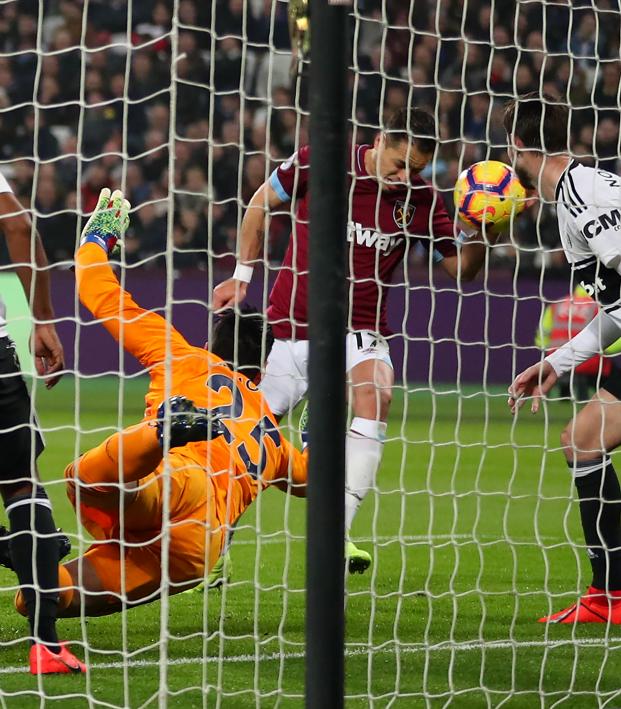 Travis Yoesting February 22, 2019
Javier Hernandez marked his 150th Premier League appearance with his 50th goal in the league. It was his first with his hand.

Javier Hernandez made his 150th Premier League appearance on Friday. Starting for West Ham against Fulham, the Mexico international notched his 50th Premier League goal. But the Chicharito goal vs Fulham was his first scored with his hand.

One of two Friday night football matches in the Premier League, the West Ham-Fulham match was not without storylines.

Ryan Babel put the Cottagers ahead in the third minute with his first Premier League goal in 3,000 days. Yes, you read that right: Babel’s last goal in the Prem came nine years ago, back when he was an up-and-coming winger with Liverpool.

GOAL Fulham! They take the lead in the 3rd minute. pic.twitter.com/xNDYOf6pVa

Obviously, the 32-year-old's resurgence is all down to coloring his hair red. Maybe I should do that; if only I had enough hair to dye.

But Fulham trailed 2-1 at halftime because of goals from Hernandez and Issa Diop.

While the Diop strike was nothing spectacular (a header off a corner by the defender), the Chicharito goal vs Fulham was certainly out of the ordinary, reminiscent of the most memorable World Cup goal of all time.

On a corner kick in the 29th minute, the ball bounced around a few times before being deflected toward Hernandez at the back post. Reacting quickly, the Mexico international did everything he could to ensure the ball ended up in the back of the net — even if that meant using his hands.

West Ham have equalized... but was it a handball? pic.twitter.com/w9igwiogk6

It’s clear to see the ball went in off Chicharito’s hands, but he was positioned on the far left post, the hardest area for referees to see. Hernandez didn’t even bother celebrating at first, likely assuming the refs would’ve spotted the hand ball.

Here’s another angle of the Chicharito goal vs Fulham.

Chicharito looking at the ref after scoring with his hand  pic.twitter.com/me1pRSLSs1

If only there was some sort of video replay used in every other major league around the world that could prevent this sort of thing from happening. Alas, England is stuck in the Dark Ages, and the goal stood.

The goal was harsh for Fulham, which is facing the strong likelihood of being relegated again. The Cottagers went into the weekend with 17 points, eight shy of safety. Their only solace is that Huddersfield Town is so much worse (11 points) that they probably won’t finish last, but a win here would have been massive for Fulham to mount some sort of survival challenge.

Honestly, we think Hernandez should probably just retire now, since he’s got such nice round stats to boast.

Stupid Bayer Leverkusen for playing Chicharito one time too many to screw up the absurd evenness of his numbers. Hernandez scored 59 goals for Manchester United (37 in the league), nine for Real Madrid and 39 for Leverkusen. “La mano de Chicharito” marked his 14th goal with West Ham, all but one in the Premier League.

Fun fact: All 50 of Hernandez's goals in the Prem have come inside the 18-yard box. We assume that's because he's a huge fan of The18.com.