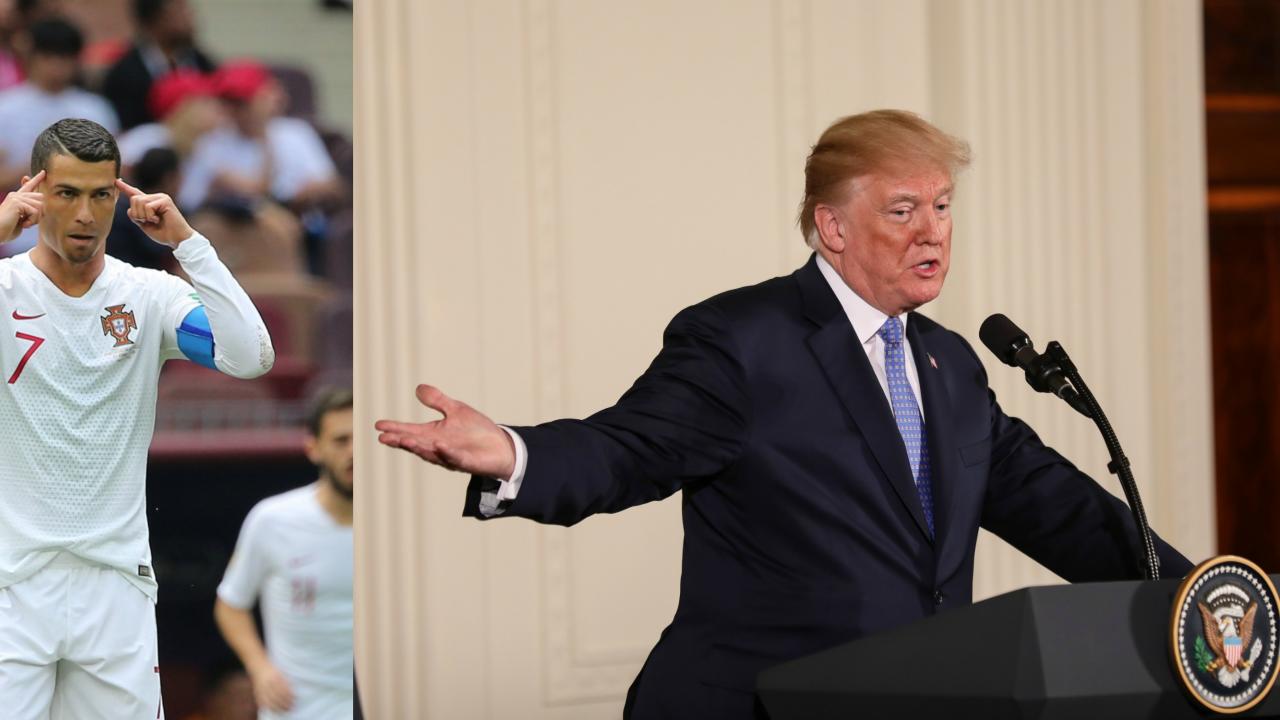 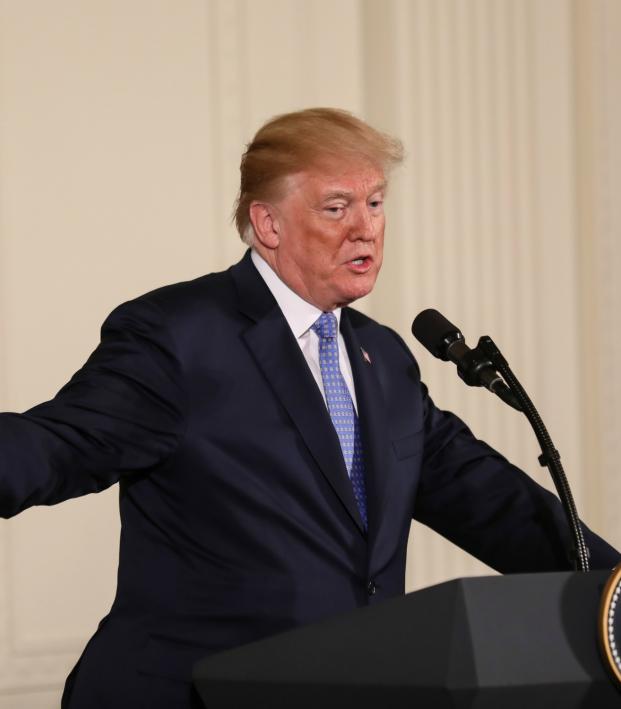 The presidents of the United States and Portugal sat down for a bilateral meeting on Wednesday. Beforehand, Donald Trump and Marcelo Rebelo de Sousa held a joint press briefing, with comments that ventured into the realm of soccer, the World Cup and Cristiano Ronaldo. The Trump Ronaldo comments were just about the most bizarre thing the U.S. president has said while in office, which is saying something.

The briefing started off normally enough. Trump discussed the announced retirement of Supreme Court Justice Anthony Kennedy, who is apparently on a first-name basis with the Donald. Rebelo de Sousa, himself a constitutional law professor, recognized the importance of this opportunity for Trump to stack the Supreme Court in his favor, replacing Kennedy with an even more right-leaning judge, which could pave the way for the abolition of LGBTQ and abortion rights. A member of the press asked Trump with whom he might replace Kennedy, but the conversation immediately shifted to the topic all of Portugal is interested in: the World Cup.

Trump was asked if he would go to the World Cup with Russian president Vladimir Putin. On Thursday a meeting between the two was announced for Helsinki, Finland, so everyone wants to know who Trump is supporting at the World Cup. But the U.S. president avoided the question — twice.

From the Whitehouse transcript:

Q: And who are you supporting in the World Cup?

Q: Who are you rooting for?

Trump: But — well, I’m rooting for everybody to do well. But I think the venue has been fantastic. They really have shown something very special.

I fought very hard to get it to the United States, Mexico and Canada, as you probably have heard. And we were honored to be chosen. And this is a great gentleman and a great soccer fan too. But we were very honored to be chosen for the World Cup. So we look forward to that.

(Note: Slight editing has been done to the transcripts because we here at The18.com are not inhumane monsters who double space between sentences or use the Oxford comma. Regardless of your politics, we hope you can agree with us on this. Otherwise, gtfo.)

On the first asking, Trump doesn’t seem to comprehend the question at first, instead going to his thoughts on how he successfully brought the World Cup to the U.S. (and Mexico and Canada) singlehandedly, despite suggestions he was trying to sabotage the bid. Then Trump wastes no time in complimenting his favorite comrades abroad, saying Russia is putting on a great tournament. Robbie Williams might disagree but overall there have been few complaints.

When pressed again about who he’s rooting for, Trump showed how wise he is. Every good empiricist understands the most important thing is not knowing what you know, but knowing what you don’t know. For this reason, Trump said he was supporting everyone, knowing if he picked a country he might choose a team that has already been eliminated or isn’t even at the World Cup. He then again shifts to a World Cup eight years in the future, shifting conversation away from, for him, the unfamiliar.

After a few more questions about meeting with Putin, Trump brings Rebelo de Sousa into the conversation, who immediately begins to suck up to the leader of the free world. Being that he’s from Portugal, Rebelo de Sousa wants to talk about the World Cup. Recognizing Trump’s reticence to back a team in Russia, Rebelo de Sousa senses the opportunity to get Trump on the Ronaldo train, a bandwagon full of semi-sentient soccer supporters.

The interchange was as bizarre as it was enlightening.

Would Cristiano Ronaldo ever run for president of Portugal, Trump asked. No, said Portugal's President de Sousa, explaining that the country is not like the US pic.twitter.com/4Mrc18DZNP

Rebelo de Sousa: … But anyway, don’t forget that Portugal has the best player in the world that is called Cristiano Ronaldo.

Rebelo de Sousa: I’m sure your son knows it and —

Trump: He knows all about him.

Trump: And they say he is doing —

Trump: That’s very good. And so tell me, how good a player is he? Are you impressed?

Rebelo de Sousa: I’m very much impressed. He’s the best player in the world, Cristiano Ronaldo. So in a sense — well, I think, has been a success. I do agree with you — the championship. Yeah.

[Rebelo de Sousa slipped into Trumpian sentence structure there, going all out with the schmoozing.]

Trump: So will Cristian ever run for President against you? (Laughter.) He wouldn’t win. You know he won’t

Rebelo de Sousa: President, you know — you know something — I must tell you, Portugal is not just United States.

So to reiterate, Trump was about to go into a bilateral meeting with the president of Portugal and he suggested the world’s most well-known active soccer player run against said president in the next election. Oh and he called him “Cristian,” which is just funny.

Trump said he doesn’t have time to watch the World Cup, which is unfortunate because he seemingly spends so much time watching Fox News, you’d think it would be easy to switch to FOX or Fox Sports 1 to tune in for a match or two. He should really tune in, because it's been a thrilling tournament so far.

All this came as another soccer player announced he’d be coming to Washington D.C. Maybe Cristian Ronaldo will join Donaldo Trump in Florida one day.