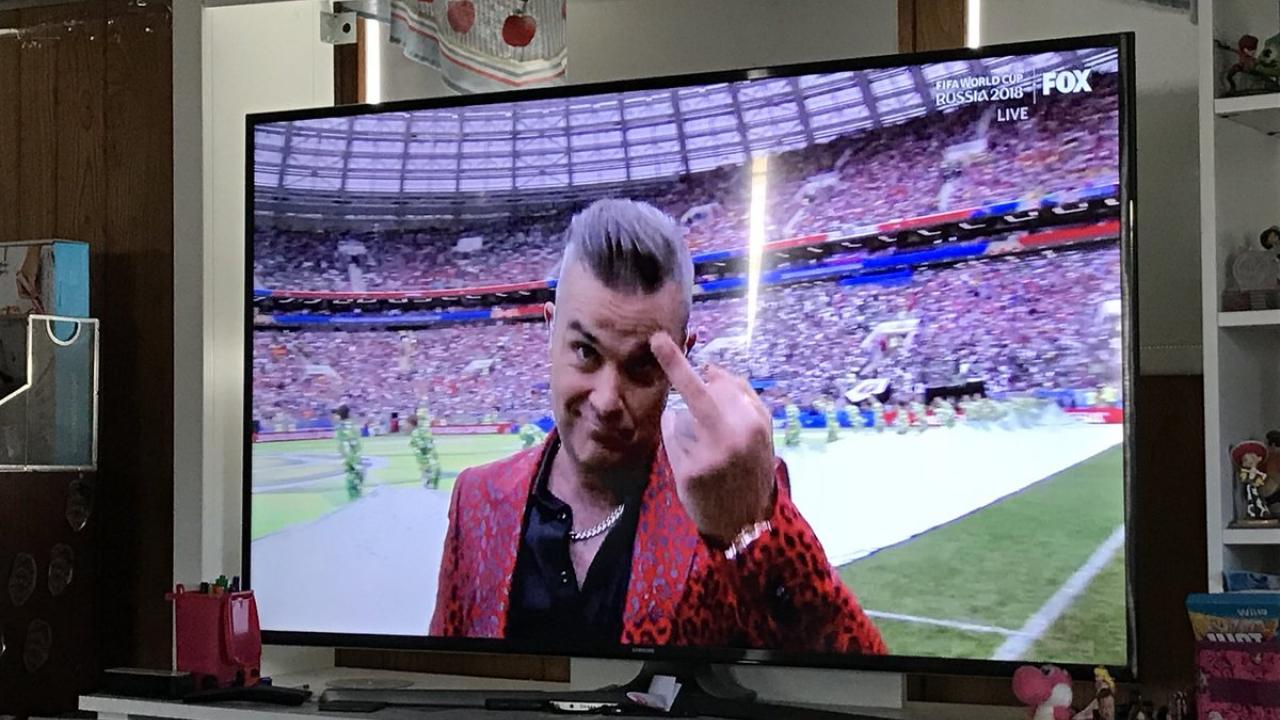 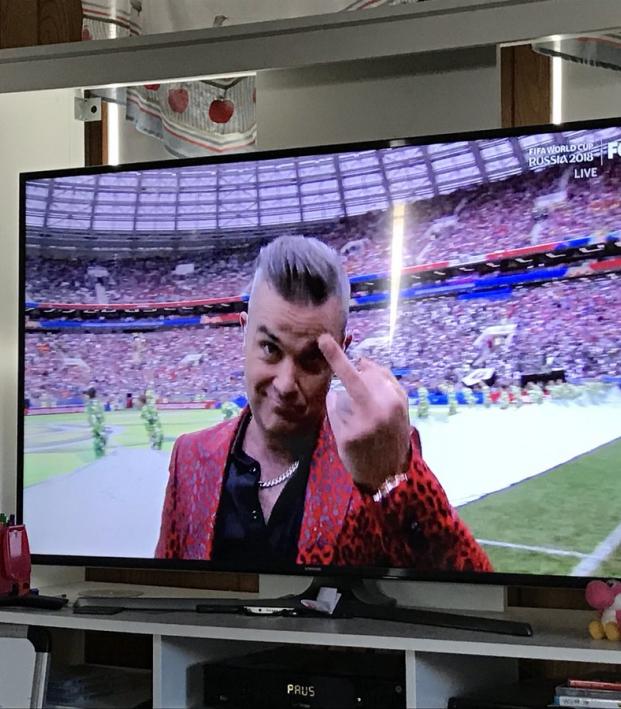 Let’s just get this out of the way: Unless you’re a mom, you have no interest in opening ceremonies. Whether it’s the Olympics, Champions League final or World Cup, most fans just want to get to the action. That said, the 2018 World Cup opening ceremony wasn’t all that bad thanks to one man: Robbie Williams.

Robbie Williams isn’t a singer too many Americans are familiar with. To be honest, the only reason I know him is because his song was the primary anthem for FIFA 2000.

But his performance in the World Cup opening ceremony on Thursday was actually not bad — at least by opening ceremony standards — and for one reason: he didn’t give a shit. I really wanted to hate the whole thing, but I couldn’t.

In that suit... You're allowed to do anything. #WorldCup
via: @mathewjsargo pic.twitter.com/fX0cMUmoCR

The rest of the ceremony was full of unnecessary silliness like Ronaldo (the original) faking a shot at Zabivaka to allow a young child to shoot it right at the mascot.

Thank you very much, Your Excellency, Sir @KremlinRussia_E for such a Spectacular & Modest @FIFAWorldCup Opening Ceremony.

But Robbie did his best to put on a decent performance. He strutted around like he was badass while simultaneously realizing he’s a washed up pop-rocker who is only opening the World Cup because it’s in Russia and they’re into that sort of thing.

10 mins until kick off

Alexi Lalas was into it.

Robbie Williams is so good. #WorldCup

Men In Blazers not so much.

Fox’s Rob Stone responded with the following comment soon after the World Cup opening ceremony ended, kind of summing up his music preference:

“So nice to have the Foo Fighters for our coverage here on FOX.”

At least we finally have some soccer to watch now. And it sure as hell was better than the 1994 World Cup opening ceremony.

As good as that was, Robbie Williams and Vladimir Putin...

It still wasn't as good as Diana Ross at USA 94.