The World Cup Drinking Game To Play With Your Friends 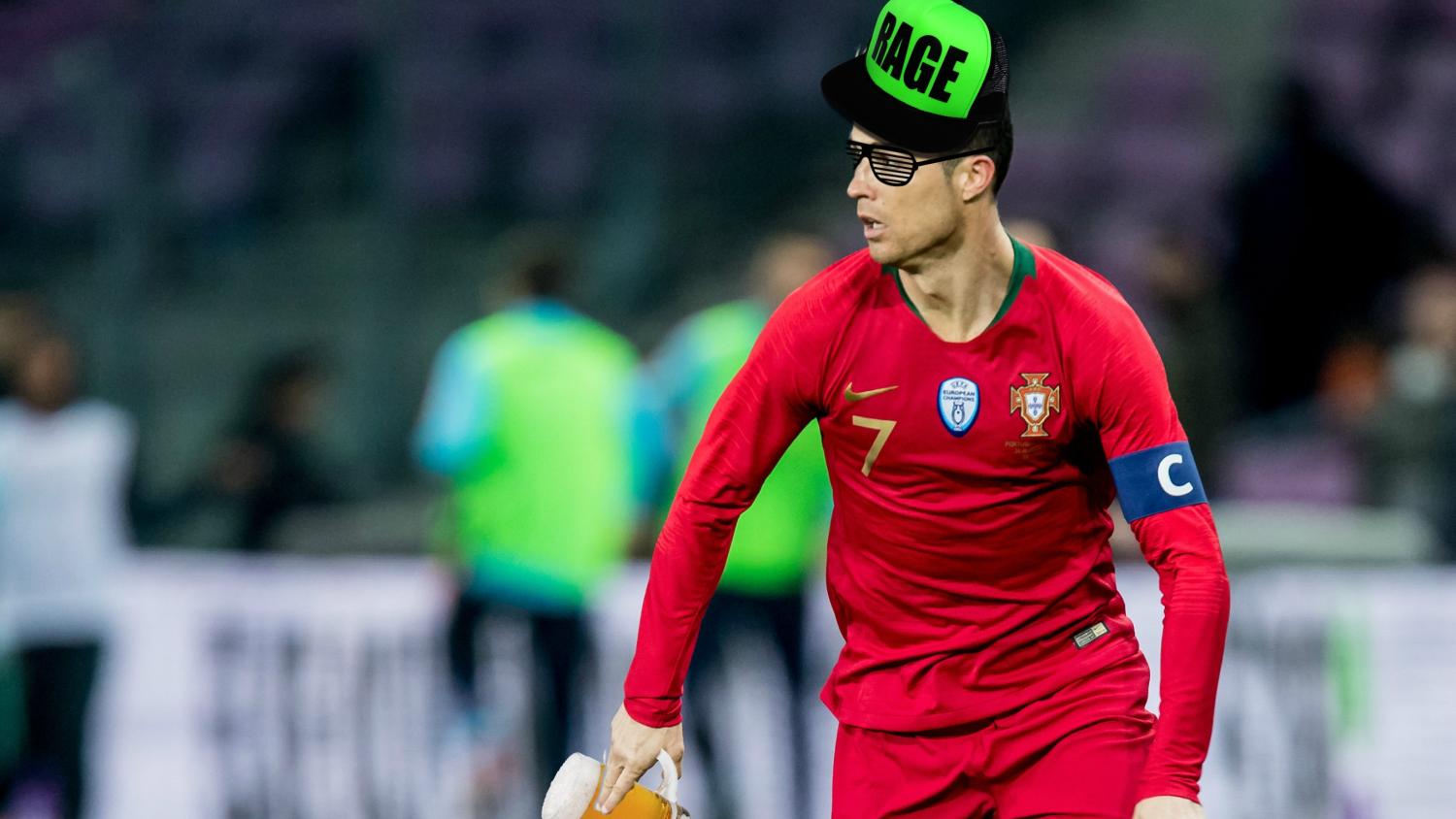 Well folks, odds are you'll be holding a beer at some point during the World Cup, so you might as well play this 2018 World Cup drinking game.
Shutterstock.com | The18 Edit

There are a lot of games at the World Cup, people. There are 64 to be precise. And I’m willing to bet (and really hope) that at some point you’ll have a nice cold brewski in your hands during one of these games. So why not play a World Cup drinking game?

Sure, the games are early. But I’m here to ease your guilt. There is no judgement here. The World Cup comes around every four years, and if you want to booze in the early morning while watching soccer, which is really the only way to watch the sport, then you do it.

Feel free to play with bloody marys, mimosas or any of these legendary World Cup cocktails. 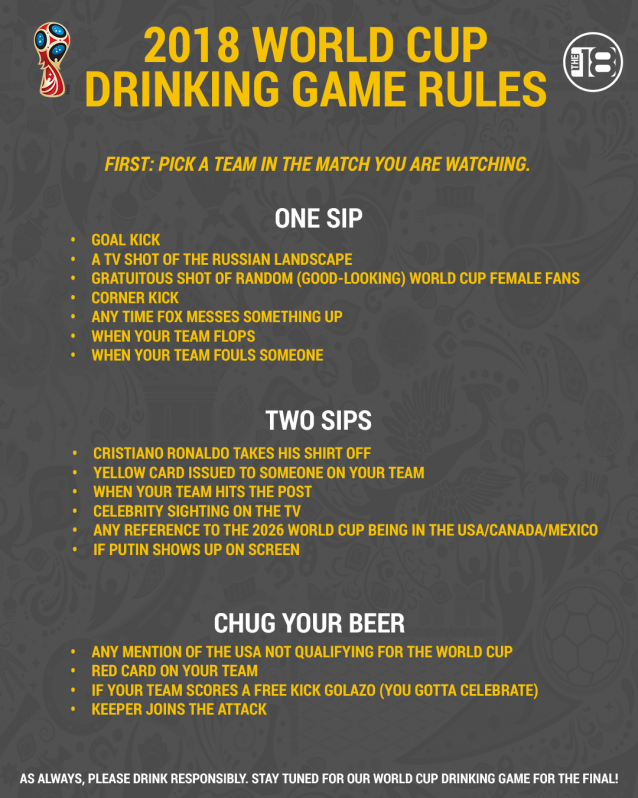 FIRST: Pick a team in the match you are watching.

As always, please drink responsibly. Stay tuned for our World Cup Drinking Game for the final!