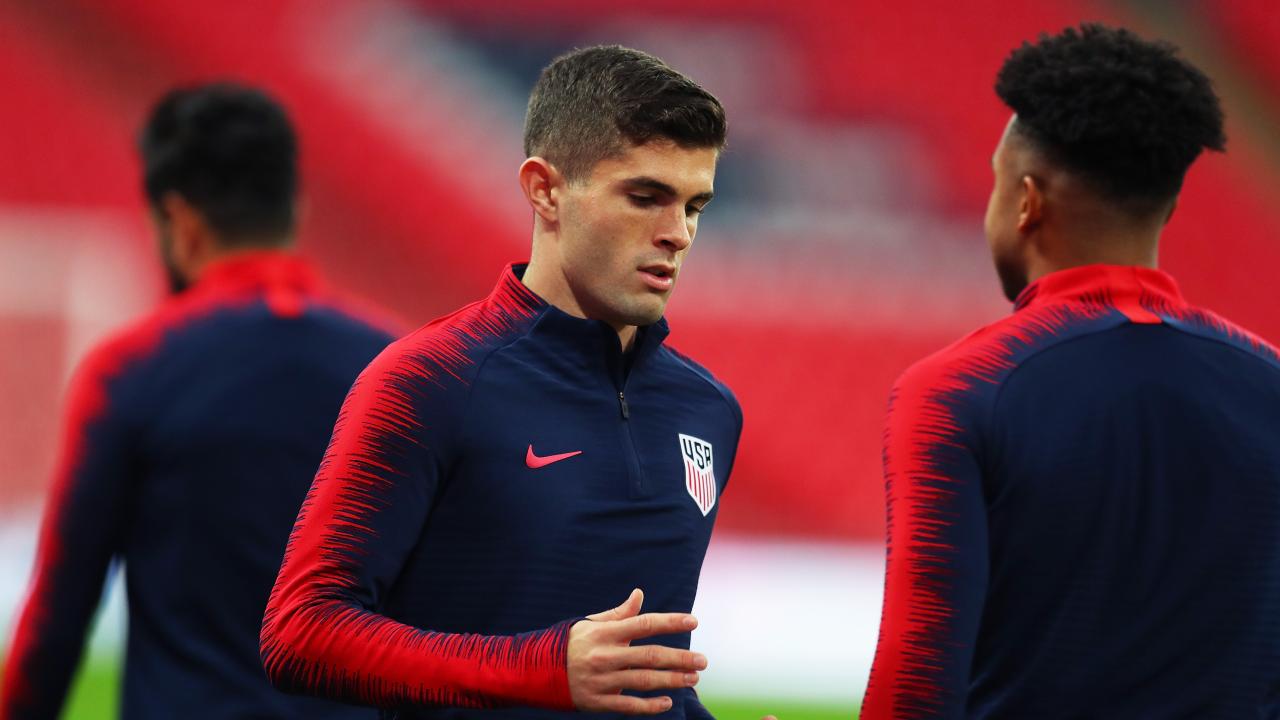 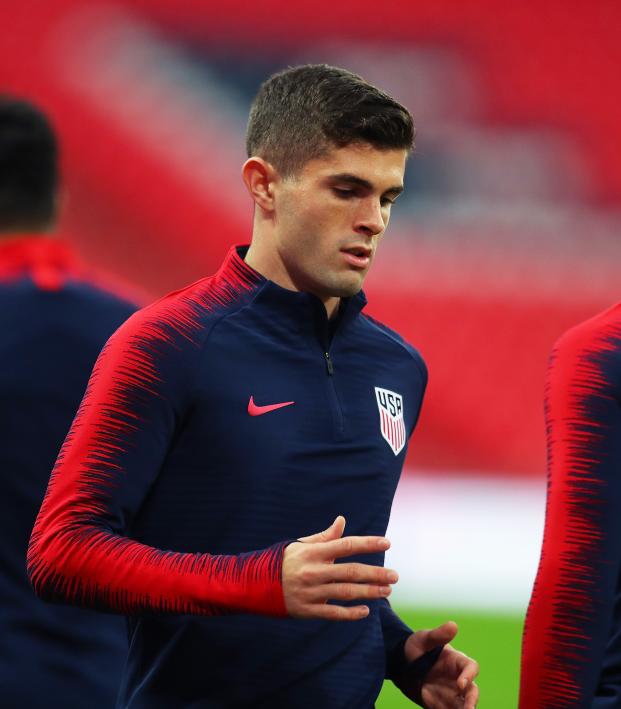 Connor Fleming November 14, 2018
With his BVB contract set to expire following next season, fans of pretty much every English club will be eager to see Pulisic.

We haven’t seen Christian Pulisic in a USMNT jersey since the 3-0 victory over Bolivia back on May 28, when we were given a tantalizing look at the attacking combination play between himself, Tim Weah and Josh Sargent.

During September’s international break, muscular problems kept him sidelined for over two weeks, an absence which included missing two Borussia Dortmund matches. In October, a torn muscle fiber did the same. It’s been something of a stop-start campaign for the 20-year-old on the whole.

Although he’s scored and added two assists in seven Bundesliga appearances, scored in the Champions League and registered his last goal back on Halloween during a DFB-Pokal match against Union Berlin, his injuries coincided with the meteoric rise of 18-year-old Englishman Jadon Sancho on Pulisic’s right wing — during a month-long period between Sept. 26 and Oct. 27, Sancho was arguably the hottest footballer on the planet.

Pulisic will have been thrilled with Dortmund’s thrilling 3-2 win over Bayern in Der Klassiker last Saturday, but the hyper competitive attacker will undoubtedly have been less pleased with having to sit on the bench for the entirety of the match.

There’s a little bit of extra spice around the Hershey native at the moment, and I’m not only talking about this nutmeg during training Monday.

And for your viewing pleasure: 15 seconds of pure savagery.

Even if it’s utter nonsense, there’s no escaping the fact the Pulisic has been heavily linked with Liverpool, Tottenham and Chelsea over the years, and even Wednesday, The Guardian’s  Ed Aarons reported that it’s Chelsea leading the race. And there is some substance to it all given the fact that Pulisic’s contract at Dortmund runs through the end of the 2019-20 season.

In essence, if Pulisic doesn’t want to extend his deal with BVB, then the club will be forced to sell the player it’s been grooming since the age of 16 next summer. Such is the nature of the English footballing beast that if Pulisic impresses Thursday against the Three Lions at Wembley, the back pages of the nation will be thrown into overdrive regarding America’s wunderkind.

“England, the Premier League, is a league where lots of kids dream of playing so there is no reason why maybe one day I won’t play here,” he said. “As you can see, we are having a great year at Dortmund and I am enjoying every moment of that. Then when the time comes for me to talk in the breaks about my future, then that’s when those things happen.

“Like I said before, reading these articles, I tend to stay away from that stuff. I know it is going to be there but it is not my priority.”

The priority for Pulisic at the moment is clearly England on Thursday followed by Italy in Belgium on Tuesday.

“I can see how now I definitely need to be a more important piece and continue to grow as a leader,” Pulisic told Taylor Twellman. “I think that’s important for the team and for myself. It’s going to be fun moving forward with these guys.

“For me it’s tough, because I’m not a vocal guy. I’m not super outgoing, but I think the biggest thing I can do is lead by example. I want to show these guys how it’s done on a professional level. I want to go in and be focused every day in training, and I think if guys see that they’ll want to do the same thing.”

The 20-year-old also wants to see U.S. Soccer appoint a permanent manager soon, a decision that’s supposed to be made before the new year.

“We definitely want a permanent head coach, someone who has a plan and someone who has a great idea of how we want to play moving forward,” Pulisic said. “But Dave (Sarachan) in the meantime is also doing a good job developing these young guys and calling guys in, just allowing them to be part of the team as well. (Naming a new manager) is something that I think will definitely happen in the near future.”