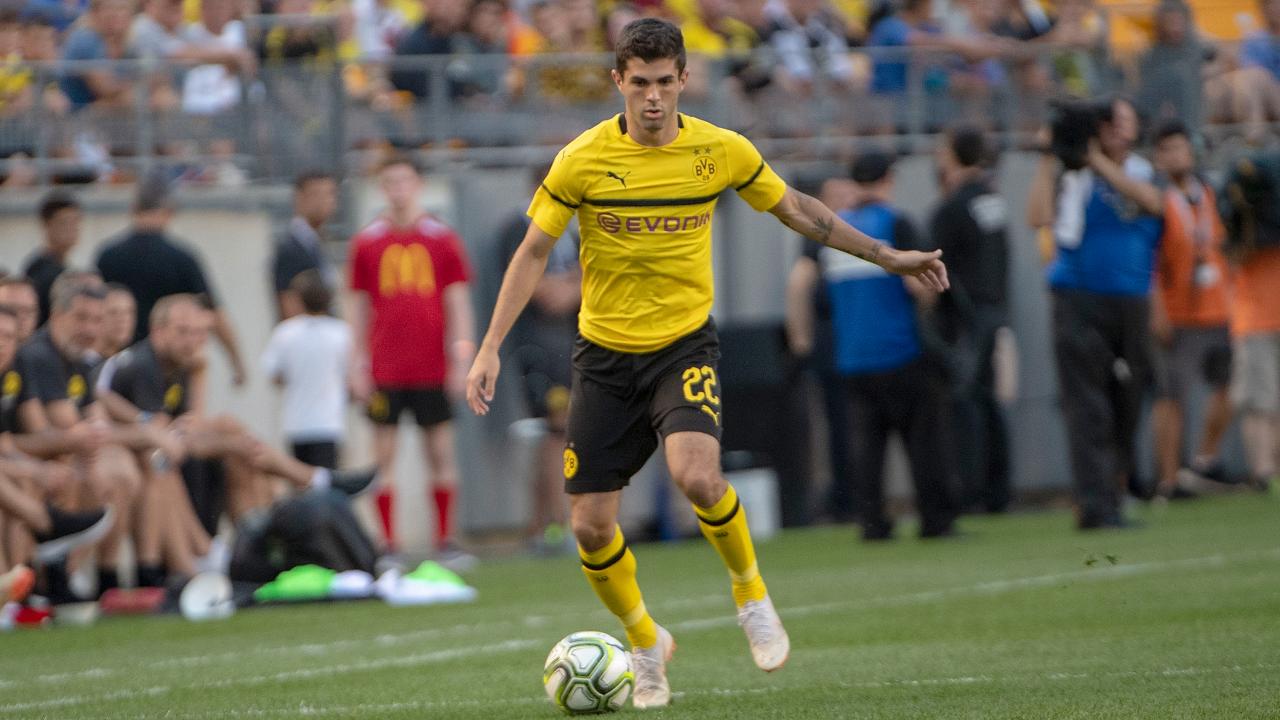 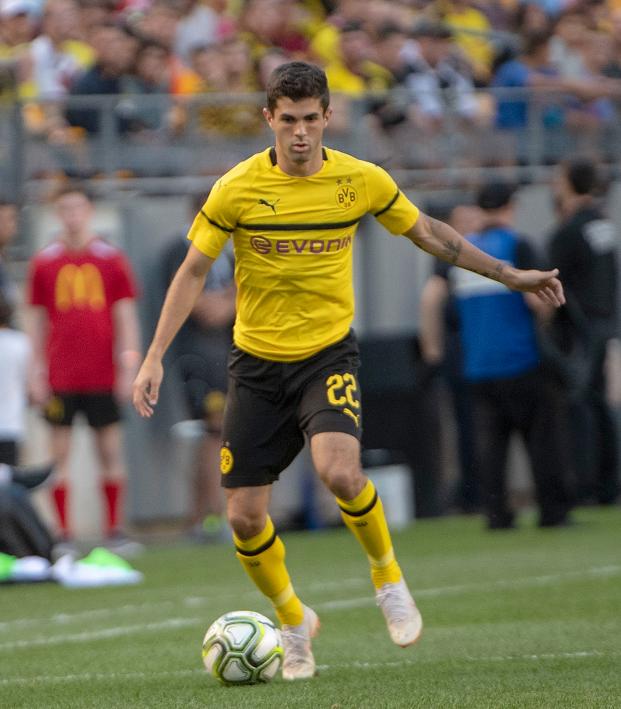 Connor Fleming October 31, 2018
The American inspired his side to the DFB-Pokal Round of 16.

Borussia Dortmund is through to the DFB-Pokal Round of 16 after defeating second-division side Union Berlin 3-2 Wednesday. 20-year-old American Christian Pulisic scored the opener, assisted on Max Philipp’s second and then earned the penalty that Marco Reus converted for Dortmund’s third.

We can only speak for ourselves here at The18, but we’d grown a little terrified of late, and we’re not talking about the culmination of binging The Haunting of Hill House ’til Halloween night.

No, we’re talking about the form of 18-year-old English sensation Jadon Sancho, who’s reportedly attracting interest from Manchester United in the form of a ridiculous $127 million January bid.

As Americans, we’ve certainly been guilty of hyping Pulisic a bit much, but all in good fun. The English, on the other hand, have a legitimate problem when it comes to this sort of thing — $127 million is an absolute joke. Then again, this is the current edition of Manchester United, so I guess it makes sense.

Sancho is great, and he’s become the toast of his home country after scoring five goals and recording five assists in his last seven appearances for Dortmund. His ability to travel outside England and actually adapt to life in another country mystified Britons everywhere, and he was duly given his first cap back on Oct. 12.

But he also plays in the same position as Christian Pulisic.

The 20-year-old’s injury problems opened the door to Sancho, but the American has been no slouch in his appearances this campaign. In fact, having this sort of competition for minutes is a fairly good barometer of Dortmund’s early success on the whole.

On Wednesday, Pulisic got the start in Dortmund’s DFB-Pokal match against Union Berlin, and he scored the opener in the 40th minute.

Union Berlin responded through Sebastian Polter, but Dortmund again took the lead in the 73rd thanks to a brilliant team goal. The final pass was provided by Pulisic, and Philipp made absolutely no mistake with his emphatic finish.

However, Polter again equalized with a strike in the 88th minute. The match went to extra time, and penalties appeared to be the likeliest of outcomes before Pulisic was dragged to the ground in the 118th minute with the goal at his mercy.

Captain Reus slammed home his penalty in the 120th to confirm passage to the Round of 16.

Marco Reus's goal... It took time and effort but it was worth it #BVB pic.twitter.com/MSoT53ahpu

Pulisic now has three goals and three assists in his last eight appearances, so really Pulisic + Sancho > Messi on the right-hand side of midfield. I’m just reporting the facts as backed up by irrefutable stats.