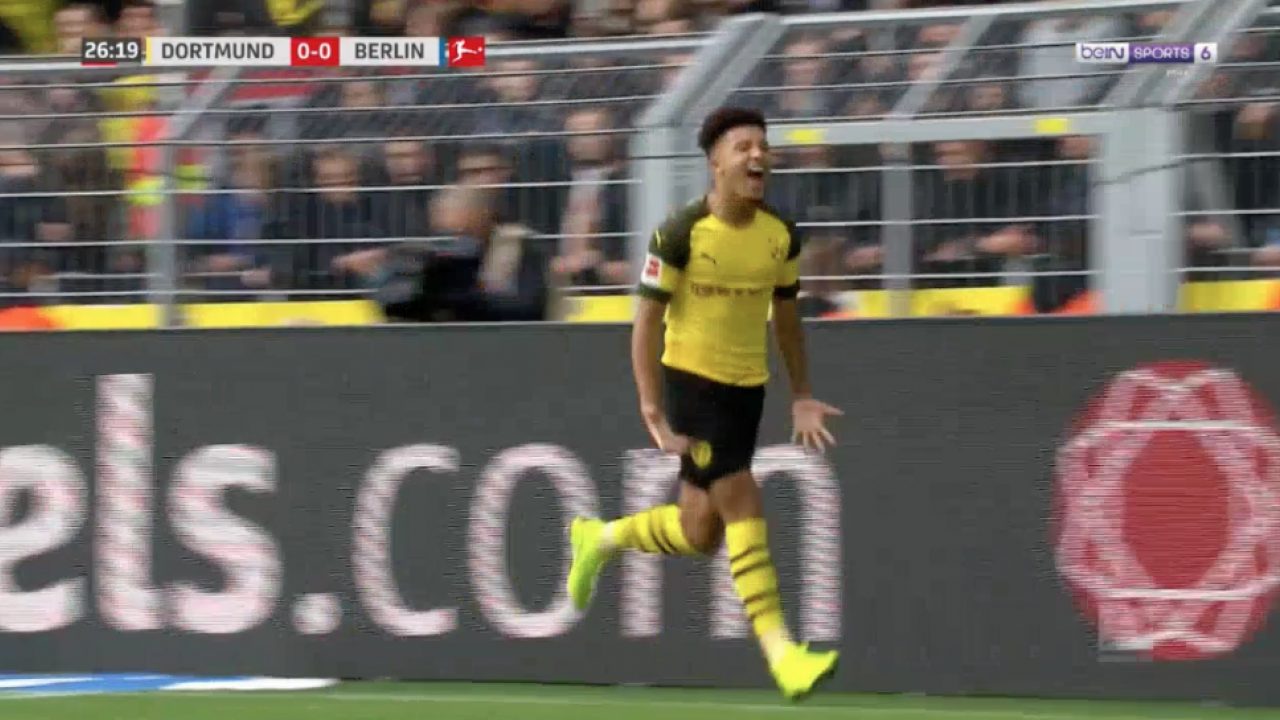 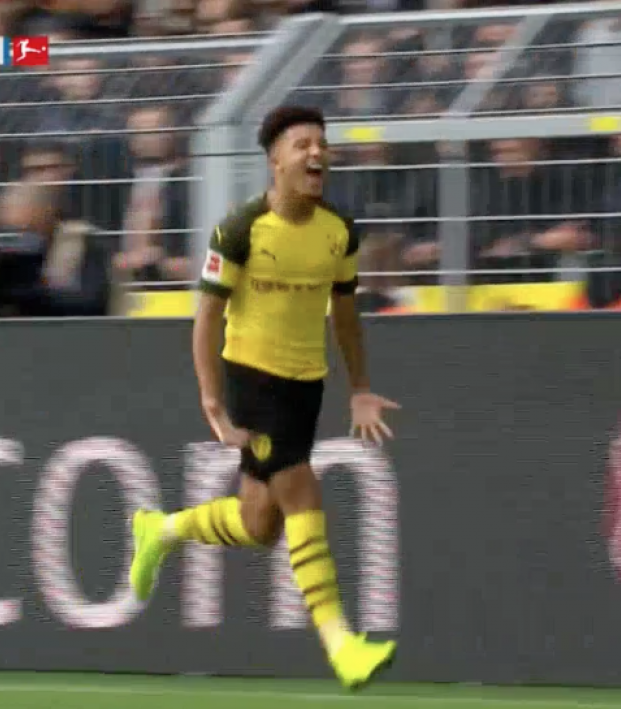 Travis Yoesting October 27, 2018
The 18-year-old Englishman is Borussia Dortmund's most prolific player in the Bundesliga this season.

Christian Pulisic started on the right wing and put in a strong performance in Borussia Dortmund’s impressive 4-0 rout of Atlético Madrid in the Champions League on Wednesday. On Saturday, he started on the bench and watched as two more Jadon Sancho goals were scored by the right winger, putting added pressure on the young American, who could see his playing time increasingly limited.

Sancho, an 18-year-old Englishman, has come alive this season for Dortmund. Often deployed in the exact same role as Pulisic, the 20-year-old American, the two have traded time on the right wing, replacing each other in the two matches this week.

So far this season, Sancho has racked up more goals, assists and appearances than Pulisic, which has to be a bit worrying for Americans who see Pulisic as the future of U.S. soccer.

To be fair to Pulisic, he has dealt with some injuries this season, which has held him out of a few matches. But Sancho has taken full advantage of these additional opportunities, leading Dortmund in goal involvement in Bundesliga matches.

With the two Jadon Sancho goals on Saturday, the teenager with one England cap to his name now has four goals and six assists in league play, plus another goal in the Champions League, which he scored Wednesday against Atlético after coming on for Pulisic late in the match.

Jadon Sancho has scored again... He has now been directly involved in 10 goals in the Bundesliga this season, more than any other Dortmund player.

Sancho has been a revelation for manager Lucien Favre this season. The youngster had one goal and four assists in 12 Bundesliga cameos last season, not a bad haul for a teenager. But this year he’s provided an extra edge for Borussia Dortmund, which has yet to lose in all competitions.

Jadon Sancho is the first English player in Europe’s top five divisions this season to be directly involved in 10 league goals.

Although BVB was held to a 2-2 draw against Hertha Berlin on Saturday, the club still leads the Bundesliga by two points over Bayern Munich, plus an addition 12-goal cushion in goal differential (+19 to +7).

Against Hertha, Sancho twice scored go-ahead goals, only for Salomon Kalou, who somehow is still only 33, to score twice to earn the visitors an impressive draw to remain in the top five.

The first of the Jadon Sancho goals arrived 27 minutes in, the Englishman just getting to a pass from Mario Götze to give Dortmund the lead.

After Kalou scored his first to equalize before halftime, Sancho scored his second in the 61st minute. The second was also a pretty easy tap-in, but they all count.

Sancho also had a disallowed goal in the 18th minute.

Pulisic came on for Sancho in the 72nd minute, but was unable to help Dortmund maintain its lead, with Kalou scoring a 91st-minute equalizer on a penalty kick after a clumsy challenge in the box from Dan-Axel Zagadou.

Christian Pulisic went to Europe to get the best competition possible to improve and prove himself. With Jadon Sancho in his current prolific form, he’s definitely going to be pushed just to get playing time in his own squad.

Or maybe it’s time for Pulisic to make a move to a big club in England or Spain.