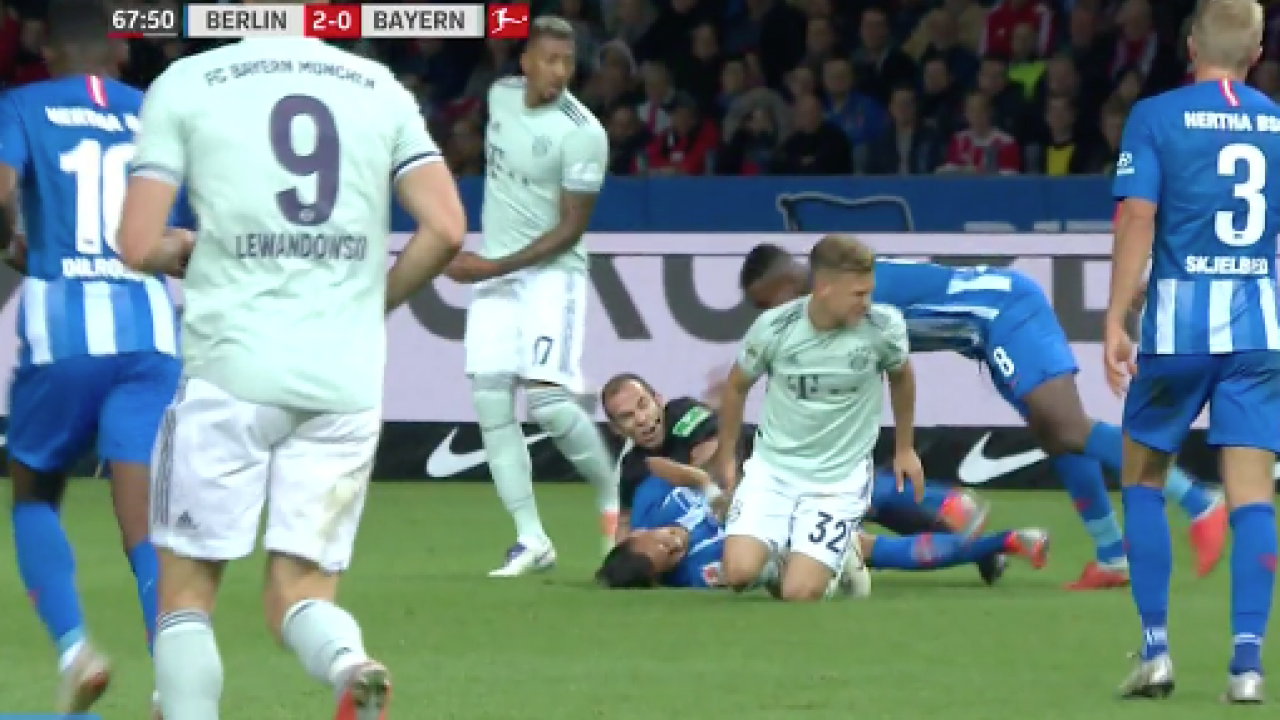 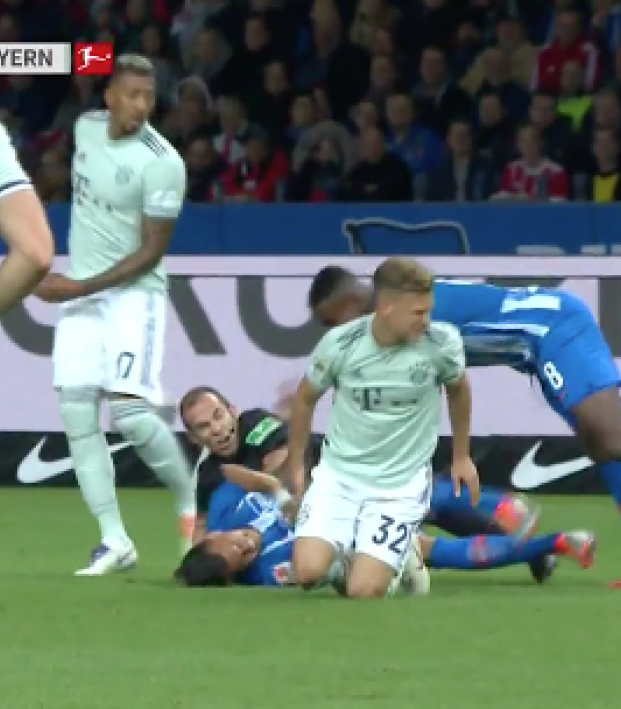 Travis Yoesting September 28, 2018
Boateng gave up a penalty, Robben missed from close range and Kimmich took out the referee in a bad night for the reigning champions.

Bayern Munich suffered a surprise setback in a 1-1 draw with Augsburg on Tuesday. Then the German giants were handed their first loss of the season with a 2-0 defeat to Hertha Berlin on Friday. But all the Hertha Berlin vs Bayern Munich highlights were upstaged by one wild moment involving three players and center referee Marco Fritz.

Hertha Berlin is off to a hot start to the Bundesliga campaign. After finishing with more losses than wins last season, the capital city club jumped to the top of the league standings with a 2-0 win over Bayern on Friday, only trailing the defending champion on goal difference. Clearly this is all the work of American back-up goalkeeper Jonathan Klinsmann.

But before we get to the Hertha Berlin vs Bayern Munich highlights, we’ve got to talk about a moment involving the referee. For once, thankfully, it didn’t revolve around a blown call or a blatant dive.

The incident occurred in the 68th minute with Hertha attempting to clear the ball under heavy pressure. Joshua Kimmich initiated contact by sliding in hard on Davie Selke. The end result was Kimmich, Selke, Salomon Kalou and referee Marco Fritz all taking a tumble.

Despite getting caught in the middle of the action, Fritz was the first man up, knowing no one would blow the whistle dead just because he fell down. (Full video of the collision available here.)

Now back to the play on the pitch that actually affected the outcome.

Hertha took the lead in the first half on a penalty converted by Vedad Ibisevic. Jerome Boateng was at fault on the penalty, recklessly sliding toward the ball without making contact with anything but Salomon Kalou. The former Chelsea winger used his experience to draw the contact to convince Fritz to point to the spot.

(Somehow, Kalou is only 33 years old despite spending six years with Chelsea six years ago.)

Bayern had a chance to pull even in the 39th minute, but Arjen Robben somehow skied his effort from the edge of the 6-yard box.

What a miss by Robben  pic.twitter.com/0slLqkrhAT

Hertha made Bayern pay for the miss moments later as Ondrej Duda did what Robben could not: finish from close range.

The finish was strong, but the clever passing leading up to the goal was even better. The celebration? Not so much.

Even after 5 goals in 5 matches, Ondrej Duda still needs some celebration practice  pic.twitter.com/JLFKlGwDxc

Bayern huffed and puffed in the second half and came close on a number of occasions, but couldn’t find a way past Thomas Kraft and the Hertha Berlin defense.

Hertha Berlin now sits on 13 points from six matches with a +5 goal difference, leaving Bayern barely on top with +7 goal difference. But with Borussia Dortmund on 11 points and a match in hand this weekend against Bayer Leverkusen, Christian Pulisic’s side could soon climb to the top of the early Bundesliga table.