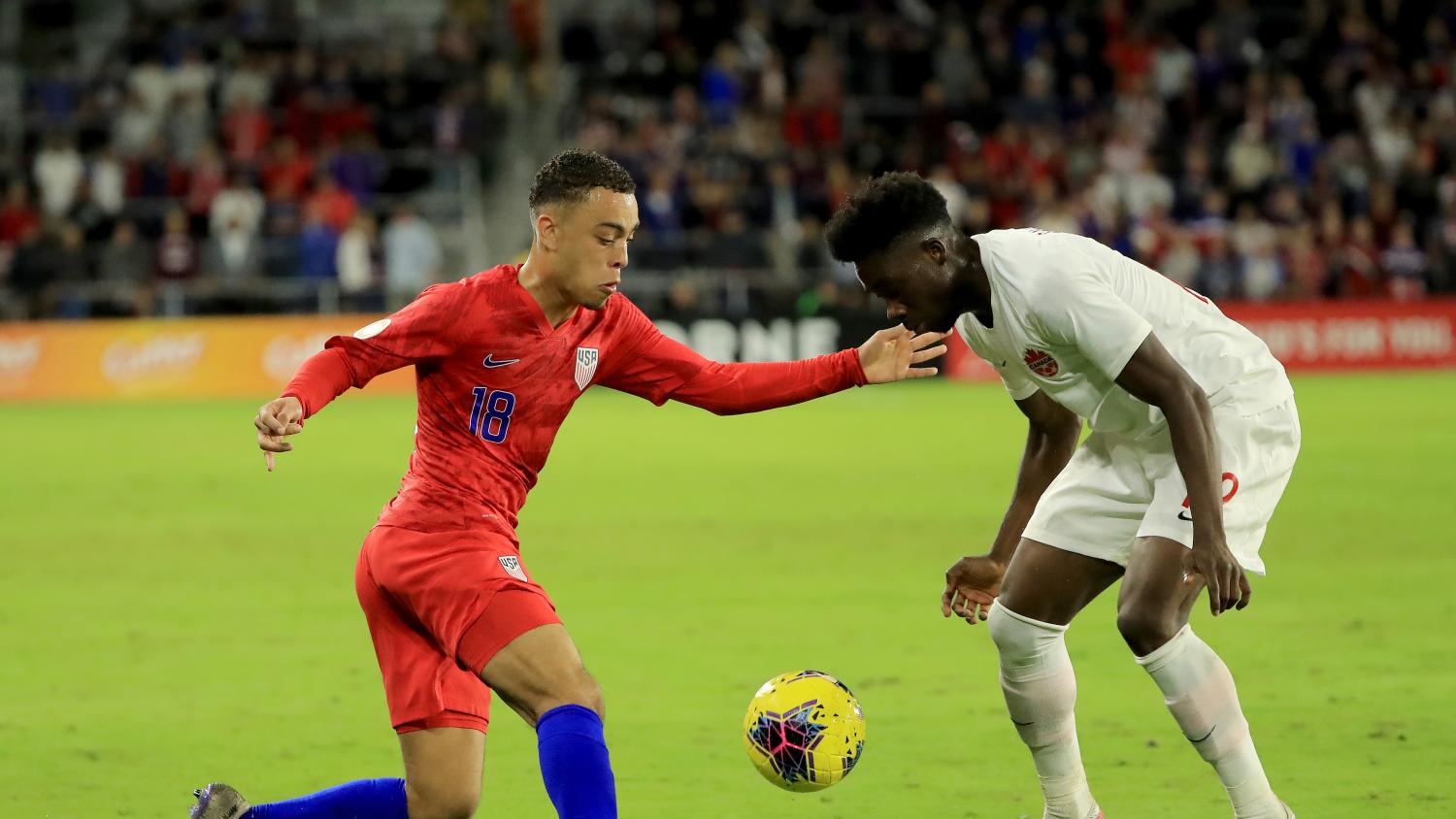 The USMNT redeemed itself with a 4-1 win over Canada, highlighted by this move from Dest.
Getty Images

Sergiño Dest knows how to make an entrance. Dest became cap-tied to the USMNT as the Americans romped over Canada 4-1 on Friday night in Orlando, Florida. Despite the four goals, an electric Dest elastico was easily the highlight of the night for the U.S.

Dest, who turned 19 on Nov. 3, created plenty of angst among USMNT supporters last month. The dynamic fullback had represented the U.S. at the U-17 and U-20 levels, but now that he had found a way into the Ajax first team, he began to have second thoughts about his international future. Born in the Netherlands, Dest considered whether to play for the country of his birth or the country of his father.

While weighing his options, Dest missed the USMNT’s stunning 2-0 defeat to Canada in Toronto. Ultimately, he decided to stay with the U.S., making his third senior USMNT appearance on Friday. As this was a Concacaf Nations League match, Dest is now tied to the USMNT for the rest of his life.

U.S. fans were given a glimpse of what the teenager will bring to the team on Friday night.

Dest started at right back, a little bit of a surprise given the form of DeAndre Yedlin recently. Opposite him at left back was Bayern Munich’s budding star Alphonso Davies, born exactly one day before Dest in Ghana.

Davies is arguably Canada’s best attacker but has found himself playing fullback more often than not for club and country. After going up against Dest on Friday, he’ll probably hope to return to a more offensive role in the future.

In the 80th minute, with the U.S. already leading 3-1, Dest went one-on-one at Davies, pulling out a delightful elastico to skip past the defender and set up a chance for Paul Arriola.

I guess you could say… he left him in the Dest! (Sorry.)

Was the Dest elastico the smoothest one we’ve ever seen? Probably not. We’ll leave that for the Brazilians. But for an American? We’ll take what we can get. We just wish there were more fans in the stands to witness it.

The U.S. won the match 4-1 behind two goals from Gyasi Zardes and one each from Jordan Morris and Aaron Long, avenging the defeat from last month.

The win ensured the USMNT a spot in the 2021 Gold Cup, though that wasn’t really in much doubt. More importantly, the win means the U.S. can win the Concacaf Nations League Group A with a win over Cuba on Tuesday in the Cayman Islands.

The four group winners — Mexico and Honduras have already qualified and Costa Rica will join them with at least a draw against Haiti on Sunday — will meet in June in a mini tournament. The winner of that gets, well, bragging rights, I guess, and not much more.