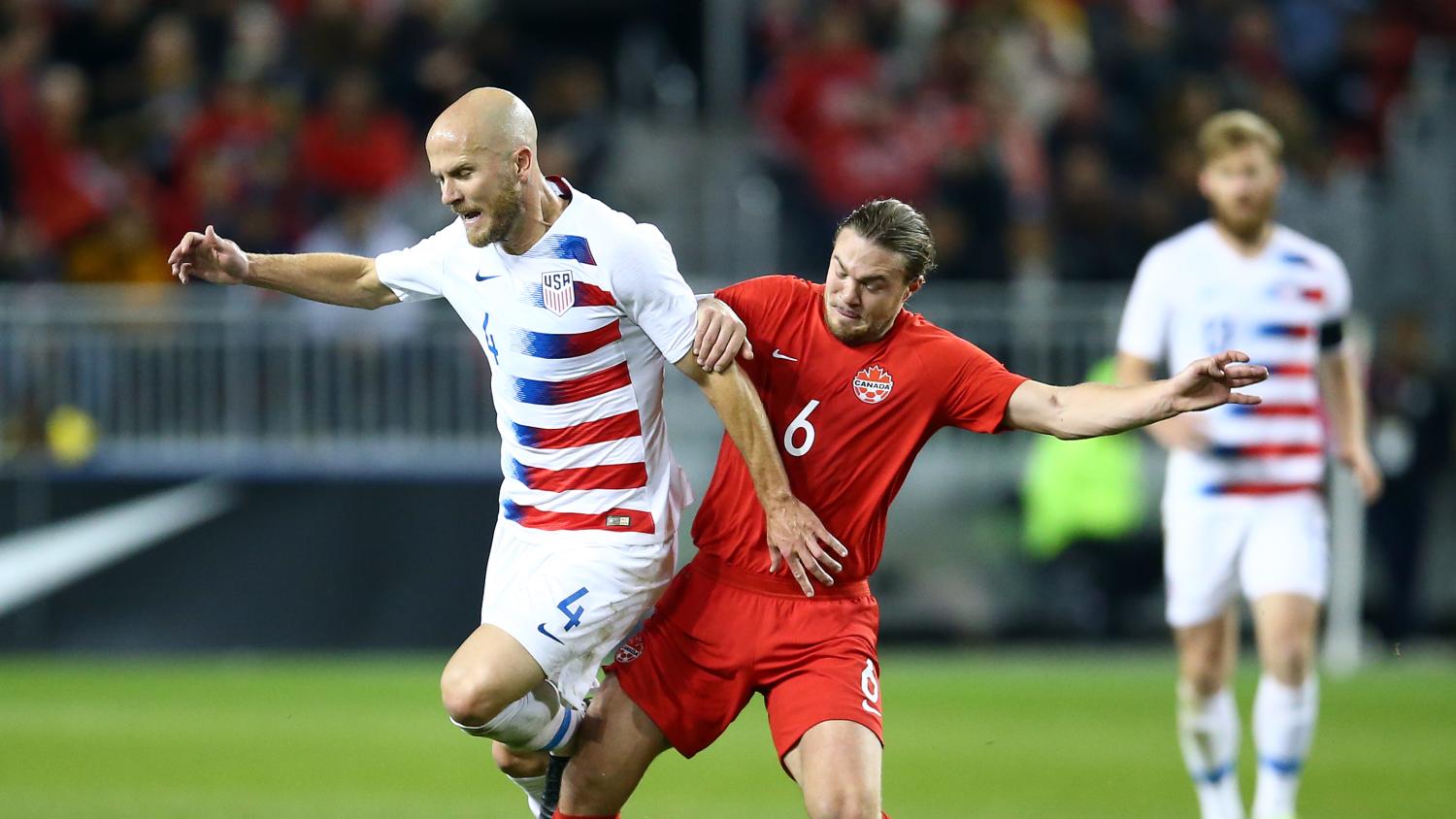 It’s Trinidad and Tobago all over again.
Getty Images

In the end, the scoreline flattered the USMNT. 2-0 isn’t so bad, right folks? Just try and forget the fact that Canada hadn’t scored against the U.S. since 2007, let alone recorded a victory since 1985.

Is it a new low for the U.S.? For those with a longer memory than Twitter allows, it’s difficult to countenance that when remembering 2018 World Cup qualifying performances in San José and Couva, but it’s frightening to think that this is the rebuild — exactly two years and five days — since that entirely disheartening 2-1 loss to Trinidad and Tobago.

The golden thread that connects all three matches — one with Jürgen Klinsmann at the helm, one with Bruce Arena and tonight’s with Gregg Berhalter — is that the U.S. failed to own the most rudimentary principles of the game. For the life of them, they couldn’t connect the simplest of passes. When said passes reached targets, they couldn't control them without taking two or three touches.

It's almost as if we should be blaming the U-8 coaches of America rather than Klinsmann, Arena or Berhalter.

As was said on ESPN2, it was “calamitous, error-strewn, awful” and any other nefarious adjective you want to add. It was abysmal, and while many won’t like the withdrawal of Christian Pulisic in the 60th minute, there wasn’t much of a justification to keep him on the pitch. Tonight, he wasn't any good.

I don’t want to add anything more than that because it’s obvious that the 21-year-old is, professionally, at one of the lowest points of his young career. And it shouldn’t be that way. Of course he should be given time to adjust to life with Chelsea. Of course he shouldn’t be the only difference maker in a U.S. jersey. (19-year-old Canadian phenom Jonathan David had a plethora of golden opportunities but his misses won’t be remembered thanks to his supporting cast.)

But Pulisic’s emotional breakdown upon being substituted showed that all the noise surrounding his current predicament is taking its toll.

We are all Christian Pulisic rn pic.twitter.com/ompldeOIiB

It was a harrowing moment — a strange glimpse at needless individual suffering on national TV that makes you question our culture of knee-jerk reactions and actually consider the real person behind the facade of the golden boy footballer — instantly forgotten by the goal that Alphonso Davies scored only three minutes later.

It was no wake up call. Things got worse from there. The only player that did himself any justice was goalkeeper Zack Steffen. Do you want to see the second goal from Canada? I don't think you do.

Off with your head U.S. Soccer.

What does it mean in the grand scheme of things, apart from another chance for Men in Blazers to soccersplain things to us nascent American viewers?

It means that the USMNT has to tear Canada apart on Nov. 15 in Orlando. If not, Berhalter should and probably will resign. There's already a rift growing in the force...

The players came over. They know they let us down. They'll rise to fight for us again.

The coach? Nowhere to be found.